Rooting for the underdog is easy. God asks us to do more. 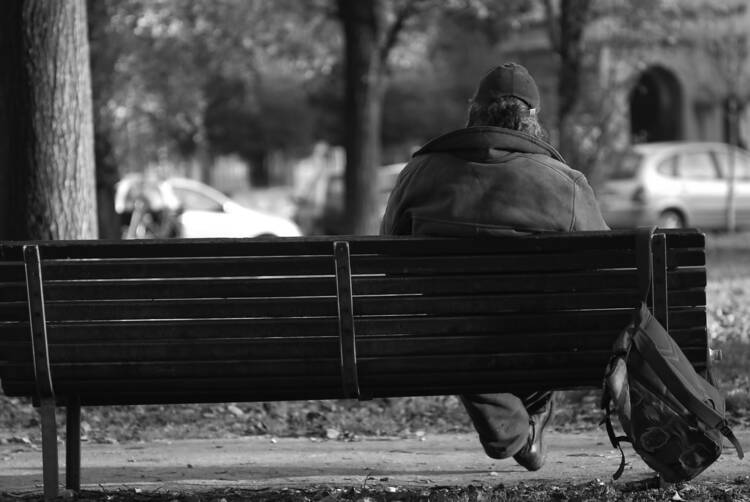 There is something about rooting for the underdog that is wonderfully human yet deeply problematic.

2016 was the year of the underdog in the world of professional sports. The Cleveland Cavaliers upset the historic Golden State Warriors in Game 7 of the N.B.A. Finals and the Chicago Cubs persevered over the Cleveland Indians in the last game of the World Series to end their 108-year championship drought. I rooted for the Cavaliers and Cubs because they were the underdogs. I found that many other fans rooted for these teams as well.

Then there are other types of underdogs we root for. We root for the child with taped-up glasses, taunted and picked last for the touch football team during recess. We root for the homeless person crammed into the Starbucks vestibule trying to escape the biting winter cold. We root for the elderly woman slowly sipping lentil soup in the corner booth of a crowded diner.

But often we root from a place of comfort, from afar. We quietly sympathize with the most marginalized and least fortunate among us. Although God calls us to accompany the poor, we choose a form of charity that stays at a distance.

A few weeks ago, I went by myself to a burger joint for dinner. Upon receiving my juicy, medium-rare “Fire Quacker” (the restaurant’s spicy duck burger), I glimpsed a man through the window with a long, coarse grey beard wearing tattered clothing neck-to-toe. He peered at me with hunger in his eyes. After scarfing down my meal and paying the check, my conscience compelled me back to the counter. I bought another “Fire Quacker” to go and apologetically handed it to the man on my way out. He thanked me and then tucked the bag of food away into his backpack.

I don’t know what I was expecting of him, but his response made me question my actions. Perhaps he did not want a duck burger. Perhaps I should have gone outside and asked if he wanted to eat with me instead of only giving him food after I finished. Perhaps he was hungrier for conversation than for food. At the end of the day, I did not feel like I had performed an act of charity. Instead, I had attempted to erase my own sense of guilt.

Charity, the act of giving away our resources, is much like rooting for the underdog. We hope that our gift will improve someone’s life, but we do not really have skin in the game.

We all give to charity in various ways. Philanthropists contribute millions to their pet causes, people donate old clothing to Goodwill and pedestrians give pocket change to the homeless. But this type of charity can never occur between equals.

Poverty is not only about material goods. A bullied child or a lonely elder may have ample resources, but they still experience a type of spiritual poverty and internal suffering. All people, whether they recognize it or not, have probably experienced this kind of poverty at some point in their lives.

Almost two years ago, I studied abroad in Ecuador for six months. Prior to my arrival, I had only taken a single course in college in Spanish. Now I was living with a host family that only spoke the native language and taking all six of my classes in Spanish. Beyond the difficulty of navigating daily life in a foreign city, not being able to fully express myself or connect with others was the deepest poverty I have known in my life—and no amount of money could have alleviated it.

Accompaniment is not easy or comfortable. But as we head into 2017, Catholics are called to perform acts of charity that are difficult and uncomfortable. God calls us to not just root for the underdogs but to break bread (or share a burger) with the downtrodden and forgotten, with those who are in need of both our treasure and our time.

Nick Genovese
Show Comments (
1
)
Comments are automatically closed two weeks after an article's initial publication. See our comments policy for more.
Vincent Gaglione
5 years 9 months ago
Probably the truest expression of what you describe is the fact that sharing with the poor is often without any reciprocal recognition of your sharing. The poor are so often consumed with trying just to survive, that sharing life with them means understanding that survival is the sole goal. When you give to a charity, you get a letter thanking you for your contribution. Not so when you do the same over time for a person or a family. During the holidays it is common to see and hear stories of organized meals and gift-giving for the poor. Those events are commendable to be sure. But the daily struggle of survival depends on a daily availability of presence and assistance to the poor. That becomes a chore, less self-satisfying to the giver, when sharing is given for the exigencies of emergencies and unexpected crises in chaotic lives. But the latter is what charity is all about. It is not about feeling good personally; it is about doing good. Personal involvement is sometimes nothing more than being present for survival and not for any interpersonal activity. All of which, as you describe, is sometimes intrusive, frustrating, anxiety-producing, and costly.