Why does it take so long for the Catholic Church to recognize martyrs of justice? 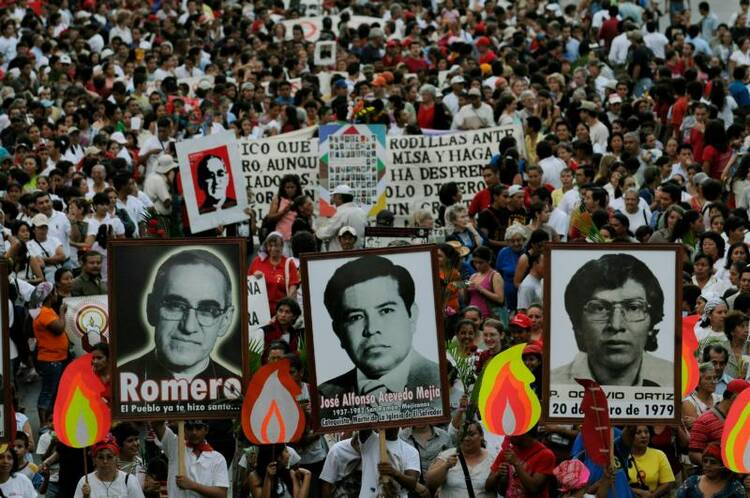 With a Latin signature on a Vatican decree, Pope Francis has given the United States its first recognized martyr, Father Stanley Rother, and added to the growing number of church men and women who were killed in Latin America to be recognized by the Vatican.

Why did it take so long? Why is the Vatican only now recognizing what the church in Central and South America has always known?

Historically, a martyr was someone who was killed out of an odium fidei, a hatred of the faith. Strictly interpreted, this would require that someone is killed specifically for their beliefs as a Christian. But many of the martyrs in Central and South America were killed for political motives. They were not targeted for being Christians per se, but for their opposition to powerful political forces. Often their desire to live out the Gospel compelled them to stand with the marginalized—a stance that was contrary to many governmental and military interests, including people who often resorted to violence and murder to silence critics. These martyrs knew this was a real and present danger. They risked their lives anyway.

This shift in the understanding of modern martyrdom begins with St. Maximilian Kolbe. In 1941, St. Kolbe volunteered to die in place of a total stranger at Auschwitz. If we take a strict interpretation of odium fidei, he was not killed by the Nazis for his faith. St. John Paul II justified his categorization of Kolbe as a martyr by clarifying that the systematic persecution of the Jews was a hatred of the human person and this hatred constituted an implicit hatred of the faith.

The changing understanding of what constitutes a martyr in the church came to the fore during a wave of political violence that consumed much of Latin America in the 1980s. Oscar Romero, the murdered churchwomen of El Salvador and the Jesuits killed in the same country later that decade were not immediately recognized as official martyrs. The expanded scope that was used in Kolbe’s case was not yet extended to the global South.

But Pope Benedict XVI helped their causes when he wrote to the Congregation for the Cause of Saints and noted: “What has changed are the cultural contexts of martyrdom…. more and more [the persecutors] seldom explicitly show their aversion to the Christian faith… but simulate different reasons, for example, of a political or social nature.” The people in these Latin American churches have known this all along: these men and women died because of the way that they lived. They lived out the Gospel in dangerous and violent places.

With Pope Francis, the church’s first Latin American pope, we continue to see the movement to understand martyrs as witnesses to their faith and join it with Kolbe’s model of self-offering—evidenced in Romero’s beatification and now the recognition of Father Rother.

In a way this is always how the cult of the saints has worked: local communities, from Carthage to Assisi to Goa, have always recognized and celebrated, long before official decrees in Rome, the witness of these holy and brave men and women.

@sunnydsj
Show Comments (
6
)
Comments are automatically closed two weeks after an article's initial publication. See our comments policy for more.
Richard Booth
6 years 2 months ago
I applaud Pope Francis, not only for his steadfastness in steering a difficult ship into new territory, but particularly for expanding, in a rational way, those good people who deserve the honor of being called "Saint." There are many ways for people to serve God in an extraordinary way that go beyond the strict notion of "odium fidei." The conservative prelates who wish to retain the past may not approve and may accuse the pope of being "loose" with tradition, while the reality is that those, like Francis, with foresight, lessen the rule-bound nature of the church and invite a broader, fresher view, threaten the conservative prelates no end. Well, they will just have to live with it. On a brief personal note, I still am still not free of the guilt, fear, and restricted freedom these types formed when I was a child. They are losing the trust of the people precisely because they say the same old things, those things with which they are comfortable, regardless of the harm (psychologically and spiritually) they have done, believing themselves above the laity and different from the rest of us. May their rote slogans and platitudes rest in peace somewhere. Francis is a loving man who is fighting for an understanding, personal, and merciful church. What are the real underlying issues the conservatives have failed to work through that lead them to be so counter-productive and even confrontational to the Vicar of Christ? One wonders if they had lived in the time of Jesus, if they would have treated Him the same way.
Vincent Gaglione
6 years 2 months ago
Well said! You capture well what is moving so many born Catholics to abandon the Church.
Andrew Varga
6 years 2 months ago
Thank you for this article. We here at Saint Luke Parish in Westport, CT continue to be deeply aware that Jean Donovan -- one of the four women martyrs of El Salvador -- was a member of our community and was confirmed here. We pray that she will one day soon be recognized as a martyr-witness of the Church.
William Rydberg
6 years 2 months ago
Clever to use St Maximilian Kolbe in your hypothesis. However, the man's life was a prolonged witness to the Faith. Through spending time reading for only one Half- hour a biography of that Saint would demolish the argument presented above in my opinion because he was much more... One does a disservice to Christ in my opinion, if one does not subject the Theological concept of "odium Fidei" to rigorous intellectual and prayerful definition discernment, keeping in mind the important concept of the Roman Canon (its purpose is to in a formal way, honour and propagate the Faith in the Liturgy of the Church, and there are other reasons). Finally, everybody knows that there are many Witnesses to the Faith (Martyr is derived from the Greek word for witness-at least in the Catholic context as other religions have widely different conceptions for the word). It's probably pretty likely for cradle Catholics, that if one goes back far enough, there can be an uncanonized Martyr of the Catholic Faith-remember that there are sub categories of "white" martyr and "red" martyr. Such discussions demand intellectual rigour, not sentimentality in my opinion. in Christ, King of Martyrs
Bruce Snowden
6 years 2 months ago
Holy Father Francis, would it be a valid suggestion asking you to consider declaring Saint Mother Teresa a martyr of Christ, considering her near five decades of imprisonment in spiritual darkness, unparalleled in Catholic annals of holiness? Or am I simply on a sentimental journey, not focused on the real meaning of the expansion of the definition of modern martyrdom?
Dr.Cajetan Coelho
5 years 6 months ago

In life and in death martyrs are known to experience hard times.