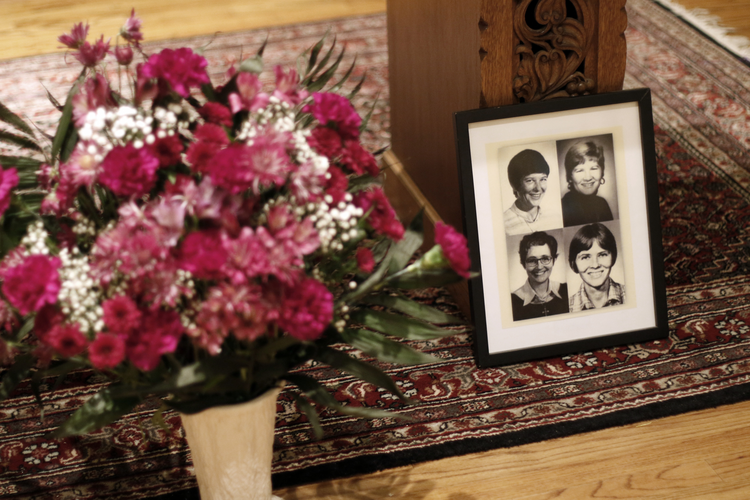 It was a few years ago when I first learned that my friend Eileen Markey, a veteran journalist, was writing a book about Sister Maura Clarke, one of the churchwomen killed in El Salvador in 1980. I worried that it might be too pious and church-y a cause to reach the audience it would deserve; people I knew in the world of Catholic activism had pictures of Sister Clarke and her fellow martyrs on their walls, but the rest of the world seemed to have moved on from that Cold War-era story. The United States has moved on to other kinds of proxy wars now, after all, and the remarkable sisters of Sister Clarke's generation are moving—though often not quietly—toward retirement.

The book that Ms. Markey produced, however, astonished me. Knowing her, I should have guessed. More than it is about a receding time and context, A Radical Faith: The Assasination of Sister Maura is about a person—a person whose passionate life reflects back the world and church through which she lived and in which she died so brutally. After reading it, I wanted to ask Ms. Markey about where it came from and how it came to be.

The story happened a long time ago. Why revisit it now? What brought you to the story? Why Sister Clarke?

Maura was interesting to me because she was older than the other churchwomen she died with. She grew up in a very different church than the church she died for. I wanted to understand that arc, that evolution. I was drawn to this book project after years of being really angry and frustrated with the institutional church. But it was never really a matter of walking away—I'm too profoundly formed by Catholicism to somehow disengage. To be honest, I was sick of being worked up over it all. In my struggle with the institutional church, I thought, well, what's keeping me here? I wanted to go back to the source. What about this faith has spoken to me all these years and made it impossible to disregard?

I grew up learning about the churchwomen of El Salvador. They were held up in school and in my parents' understanding of Catholicism as people who were really doing God's work. Their commitment to justice, their willingness to be in uncomfortable places—and the witness of plenty of other people—had shaped the kind of journalism I did, where I lived, how I saw the world. To me they remained very powerful icons as women who represented what it was to be Catholic, what it was to take the corporal works of mercy or the Sermon on the Mount seriously.

I was also at a moment of juncture in my career as a journalist, interested in doing longer-form writing, in really being able to sink my teeth into something. Meanwhile, Maura's sister had been hoping to interest someone in writing a book about her.

As it happened, as I was engaged in the research a number of things happened that made the story more relevant. The Leadership Council of Women Religious and the sisters were still under investigation when I began this book. I was flying to Nicaragua for my first reporting trip the day Pope Benedict XIV announced that he'd be stepping down. Clearly, the subsequent elevation of Pope Francis has returned a great deal of attention to the Latin American church, to liberation theology, to Catholic social teaching. The cause and beatification of Blessed Romero last year has reinvigorated discussion about El Salvador—as has, frankly, the migration issues with children fleeing the drug and gang economy there. Those kids riding trains north are just the latest consequence of the Salvadoran Civil War. The long legal campaign to bring Generals Vides and Garcia to justice and have them removed from the United States—and similar efforts against other architects of the terror in El Salvador—also directed renewed attention to the churchwomen's story.

Wait, go back. How did you learn Maura's sister was looking for a writer? Did you get in touch with her?

Maura's sister Julia Keogh had long wanted to see a book about her sister—one that explored the complication and nuance of her life beyond the stock image of a selfless saint, and, frankly, one that filled in the blanks of what the family didn't know. The family sent an email to various grad schools and journalists hoping to interest someone in taking on the project of a full investigation. Margaret Groarke, a professor in the Peace Studies program at Manhattan College, forwarded it to me, and I jumped. I've spent four years with the Keogh family. They've been brave and open and curious.

How did you go about telling the story? It reads like butter. What kind of labor is happening in the background?

My mother used to talk about how ducks look like they are swimming along so gracefully, but there is a lot of frantic paddling that you can't see, under the water. I'm glad it reads well. The work was just a tremendous amount of research—four years of journalism. The part of the book I'm most proud of is probably the part no one will read: the endnotes. When I write that Maura was cheered at seeing flowers grow in the dust in one of her missions, and that they reminded her of her mother's garden, I can cite that. Every fact has a citation.

How did you find those facts?

I began by speaking to every Maryknoll nun I could find who entered in the same class as Maura in 1950 so that I could understand the order Maura entered and the texture of the novitiate. Then I moved on to speaking to those who knew her at each mission. Those nuns have great minds, and are so practiced at self-examination, which made them excellent sources. Maryknoll keeps an incredible archive, and I spent hours in there reading the history of the congregation, tracing the changes at each chapter, studying minutes from regional meetings and reading statements of purpose. I especially relied on interviews Sister Judy Noone had conducted in the early 1980s for her lovely book Same Fate as the Poor, which tells the story of all four of the churchwomen. The archive had all of Maura's letters to her parents—from 1950 to the day before she died. So these were invaluable in tracing her thoughts and her work, and made it possible to cross-reference what Maura was thinking and saying with what I learned she was involved with through interviews with people in Nicaragua and El Salvador.

I went to Nicaragua and El Salvador for exhaustive reporting trips and looked for everyone I could find who could tell me about the time—people like Fernando Cardenal, S.J., with whom Maura did youth organizing, and people in the first Base Christian Community in Managua and in what was then a squatters' camp outside the city. They hold Maura in really close memory. People were so helpful and so willing to think and recall the past. The most important question a reporter can ask, I've learned, is "whom else should I speak to?" One interview led to the next. It's like collecting string.

I trolled the stacks at Fordham's library, reading a master's degree worth of books on Latin America and liberation theology and the revolutionary church of the 1970s. There is a vast amount of scholarship on the period Maura lived. The families of the churchwomen and human rights lawyers have done a tremendous amount of work to get U.S. government records on the case made public. I spent many a night sifting through these blacked-out documents released under the Freedom of Information Act and filed my own F.O.I.A. request.

I began to formulate the research around three big questions: How did a nice girl like her end up in a place like this? When did the nuns change? Why were they killed—why them, and why then? I always tried to keep the spotlight of the story on Maura, the actual person. I felt like an epidemiologist in a way: Where did these ideas come from, how did she begin to conceive of her role differently around Vatican II and what antecedents were there in her own life that shaped what she became? Honestly, a very important part of the process was not-writing. It was ruminating, letting ideas marinate until I could understand something and until links emerged. In some ways, the book is a long reflection on Eucharist. That didn't occur to me when I set out, but it emerged. This was the theme of her life.

It's such an inspiring life. But I'm worried about the future of the sisters. The orders encouraging people to be like Maura Clarke seem to be getting smaller. Is it a sustainable model? Is it telling that the order she entered was very different from the one in which she died?

Many years ago I wrote a long piece for the National Catholic Reporter on the future of women's congregations. I got to spend a lot of time talking to sisters all over the country. I think I began that assignment with some mournful sense that this life was passing away, but the women I spoke to didn't share that sense of doom. They were so confident. Not confident that they would see the huge numbers of vocations that characterized the boom of the 1930s to 1960s in U.S. congregations but confident that the way of life of committed women serving God in community would continue, just in a different guise than we were accustomed to. That strikes me as true. We have this memory of the army of nuns, the nuns who built the American church and its institutions. That iteration in the history of U.S. women religious is clearly over, but when you look at the 1,000-year or 1,500-year history of vowed women, that period in the 20th century was an aberration driven by particular sociological and historical forces that don't apply today.

Maura's story is one of moving out of institutions, away from an institutional model of church and into something much more fragile but also much more beautiful and brave. As has so often been the case, the nuns are on the vanguard, thoughtfully leading the way into the next evolution. Clearly there are all these serious administrative challenges for congregations—how to handle their property, how to maintain care for elderly sisters. I don't mean to diminish those very real issues. But if the question is how a community will maintain fealty to their charism—that I don't worry about so much. You look at all the associates programs that women's congregations have and the embrace of former sisters who left to marry, and you look at things like the Benincasa Community. I think, yes, the future will be different than the past, but it always has been.

Nathan Schneider is a reporter and professor of media studies at the University of Colorado Boulder, as well as a regular columnist for America. He is the author of Thank You, Anarchy: Notes from the Occupy Apocalypse.