Tuning out technology to tune into God 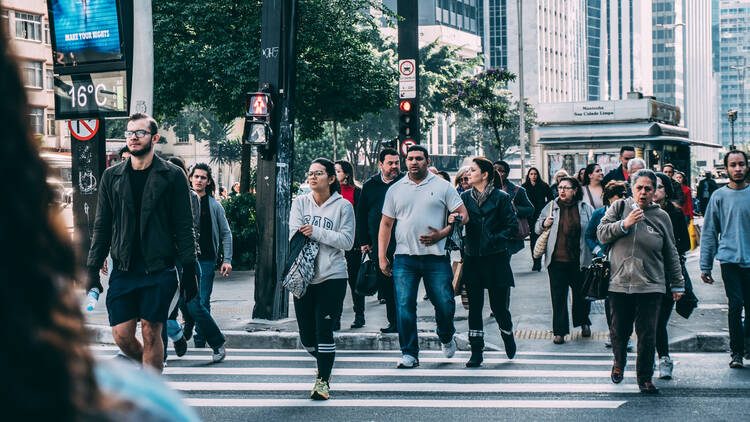 I am sitting on a bench in New York’s Upper East Side. Parents push strollers along the narrow sidewalk, their hands busy scrolling through the feed of a smartphone. A woman jogs through the falling multi-colored leaves. The cord of her headphones strings down to an armband. A boy rolls past on a scooter, his father in tow, head buried in a smartphone app.

I am increasingly aware of their technology the more I ignore my own. A recent article by Andrew Sullivan in New York Magazine on his technology addiction sits on my heart. He quotes comedian Louis C.K. on why we use our phones so much. “Underneath in your life there’s that thing … that forever empty … that knowledge that it’s all for nothing and you’re alone,” he said. “That’s why we text and drive … because we don’t want to be alone for a second.”

I sit alone on the bench, outside of a café as I wait for a friend. The lines on each passing face, the way they hold their hands, the postures they keep—it all tells a story. They are strangers, but I fill in details of their lives with imagination and prayer.

A middle-aged man shuffles past, head low. His face is crossed from concentration and fatigue. His shoulders curl forward, likely the accumulation of years of hard work behind a desk. In one hand he clutches a weather-worn black leather briefcase. In the other, the one with a silver wedding band, he carries a bouquet of yellow tulips.

I pray for the couple’s love. I hope the relationship continues to endure the sacrifices of career.

An elderly woman, pushing a cart of groceries, takes a seat on a bench several yards away. She dabs the sweat forming across her brow. Her down jacket is too warm for October. Her hands, poking out from the coat, are frail. They are frail, I imagine, not from a lack of strength, but from the mere passing of time. I wonder what those hands accomplished, whose lives they changed.

I pray she finds fulfillment in each day. I hope she knows the impact she had on others.

A man in the park stoops to pick up an acorn, then another, then another, placing each in a denim bag slung over his shoulder. The skin of his arms is taut and a shade of sun-baked brown. His oversized jeans balloon around his hips, pushing out from a belt hugging tight to his skinny frame. His eyes are full of a distinct amber shine.

I pray he has food to eat. I hope he picks acorns for pleasure, not provision.

Then, there is me, the silent observer. I wonder what details onlookers are filling in about my life. I sit alone, trying for my mother’s sake to accomplish some semblance of good posture. I am just as alone as I would have been if I had spent these passing moments on my phone.

Yet, this feels different. For a moment, my neighbors do not pass by in anonymity. I see them. And, at least in this moment, I am praying.

@News4Massmassey@americamedia.org
Show Comments (
2
)
Comments are automatically closed two weeks after an article's initial publication. See our comments policy for more.
L J
4 years 12 months ago
Bravo Mr Massey. Your article reminded me of the writing style of the great story teller John Shea, particularly the woman at the well with Jesus Consider writing about Latino Catholics in America, 1st, 2nd and 3rd generations. They could use your voice AMDG
Lisa Weber
4 years 9 months ago
Thank you for a thoughtful article. What you are describing is being present to your life - a worthy goal for everyone.