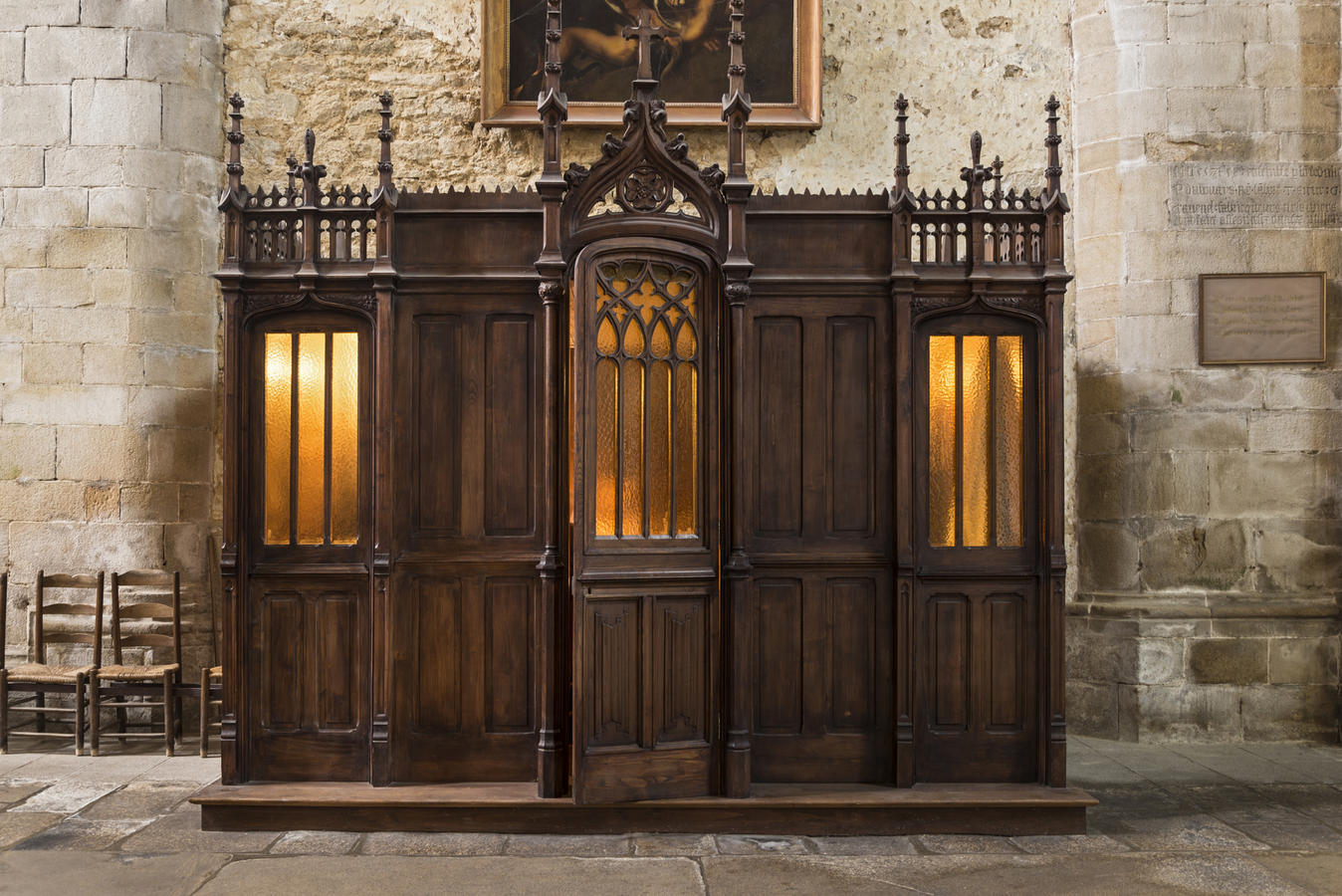 What really happens in confession?

What really happens in confession?

As a Catholic priest, you can generally count on people to be curious about two things in your life: celibacy and confessions. Have a Q&A with high school students, and if you don’t get a question about chastity within the first five minutes, you know it’s because their teacher told them it wasn’t allowed.

When it comes to questions about confession, things get a little more complicated. The sacrament only works if people can trust that what they say in the confessional will stay there. Sometimes in the movies you’ll see one guy telling another about some crazy thing he heard “in the booth.” In my experience, that’s just not done. In fact, to repeat the specific content of any confession is among the most egregious sins a priest can commit.

I was thinking about all this recently after a friend suggested I check out a new blog supposedly written by a Catholic priest about the confessions he hears, called (quite colorfully) “My Dumb--- Parishioners.”

Going to the site, I found five entries, each of them purporting to be the ventings of “Fr. Kevin” regarding his parishioners’ confessions. In response to “Forgive me, Father, I’ve intentionally skipped the last few Sunday Masses,” he writes “Yeah, Mass just wasn’t the same without him. I was so sad...” followed by a gif of an obscene gesture.

Likewise, to the person who confessed eating meat in Lent, he writes, “Earlier today, some lady confessed to a hit-and-run that killed a pedestrian… then this dip---- comes in and tells me he ate some beef?”

Now, this is all a gag. But even so, the blog does hit upon some interesting confession-related issues. For instance, confessions can sometimes center on small issues like an impure thought or fear of not having fulfilled one’s obligations to say prayers or go to Mass. And as a priest it can be hard to see people trapped in that sort of micro-management of self, where every moment of their lives is subject to suchintense (and often cruel) scrutiny. At times, I’ve worried that the sacrament becomes a way of reinforcing these scruples.

But telling people not to worry about the things they’re worrying about is often not a great move, either. In a very real sense, who cares what I think? As Pope Francis has reminded priests repeatedly, the sacrament of reconciliation is not a legal court, therapy or a classroom. It’s a place for people to come as they are and find themselves forgiven and welcomed by God. The priest is only there to help facilitate that.

(Although I also note, one of the most freeing reconciliation experiences I ever had involved revealing something that was deeply disturbing me, and having the priest respond, “Is that it? God, what are you worried about?”)

Sometimes I wish there were a way to invite a person to think in terms of their relationships with others. The church has so trained many of us to focus on the little “crimes” we commit against “ourselves” it can be easy to lose track of the big picture. How am I relating to the people around me? How am I hurting, helping or holding back others in the world?

But that sort of suggestion is material less for the confessional than a homily or examination of conscience that precedes the sacrament. Can you imagine going to confession and having the priest say, “No, no, tell me more about these other sins?”

I once had a priest keep pushing me to provide more and more details on the thing I was confessing. It was unnecessary, and I left feeling deeply violated. (And I was already a priest myself at the time!) It taught me an important lesson: It’s always okay to ignore or walk out on a bad confessor. Again, the sacrament is for the sinner, not for the priest.

You know what’s really surprising about hearing confessions, though? Teenagers are great at them. You might think in our ever-more-secularized world that couldn’t possibly bet true, and certainly many teens don’t know the act of contrition. (Then again, I wasn’t raised with the “standard formula” myself. The first time I heard it was as a priest, and I have to say, the whole “threat of Hell” business horrified me. The last thing we should be asking people to think about in a moment of contrition and forgiveness is Hell. The very last thing.)

But when it comes to the important stuff, teenagers know exactly where to go. They know what they’re carrying, who they’ve hurt and they just lay it out. I learn a lot from listening to them.

It’s hard to know how to convince people today that the sacrament could still be worth their time. And if they’ve had a bad experience, I certainly understand reluctance. Maybe we priests and parish teams need to offer a yearly community reconciliation service where we ask our parishioners to forgive us. It’s all part of the human scene. Everybody’s trying, and everybody screws up. That’s why we come to confession in the first place.