Believe it or not, St. Francis wasn’t always a saint. 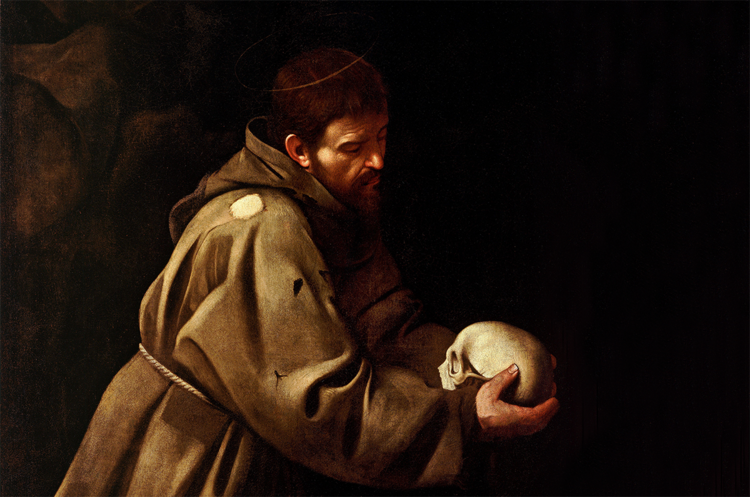 Many people are familiar with the popular stories and legends about St. Francis of Assisi. If pressed, a fair number of Christians could rattle off such classics as the story about him taming the wolf of Gubbio, hearing Christ at the crucifix of San Damiano, encountering Sultan Malek al-Kamil in Egypt and recreating the Christmas crèche in Greccio, as well as any number of his interactions with animals, lepers or others.

But now that the Feast of St. Francis is quickly approaching, I have been thinking about the stories that are not typically known, the narratives most people have never heard. Many of these lesser-known stories come from the early Franciscan friars and sisters who knew Francis personally and who recorded them for posterity.

What is striking about these stories is that they do not always portray Francis in the best light. At times, he even comes across as not very saint-like. Whereas the earliest biographies sought to portray Francis as holy for the sake of a quick canonization, which was the request of Pope Gregory IX, these other stories by “those who were with him” (as the texts were often credited) were meant to present a more multidimensional person: a holy man for sure, but also a complex and fully human one, too.

We remember not only the good works and extraordinary acts of the women and men we venerate as saints but also their weaknesses, failings and imperfections.

Take, for example, the story of Francis and Brother James. James was responsible for the physical care of some lepers and served as a kind of nurse for many people with terrible sores and wounds. One day, Francis returned home after being away to find that James had brought a leper into the chapel from the leper hospice. When Francis saw this, he snapped at James and reprimanded him for bringing the leper around the friars’ place of prayer. The text explains that Francis reproved James because he did not want to see lepers with “severe sores outside the hospital” left alone in the chapel where other people often came because “people usually abhorred lepers who had severe sores.”

This is certainly not the open-armed, warm and embracing Francis of Assisi we are used to imagining.

Or how about the time when the kitchen in a friary caught fire. Sound familiar? Don’t worry; it wouldn’t be to many people. The story goes that Francis and a companion went into the kitchen after prayer. The text of the Assisi Compilation continues:

When blessed Francis came to eat in the cell where the fire was lit, the flames had already reached the roof of the cell and were burning it. His companion tried his best to extinguish it, but could not do it by himself. But Blessed Francis did not want to help him: he took the hide that he used to cover himself at night, and went into the forest.

Rather than help his brother put out the fire, Francis puts on a blanket and goes outside by himself, leaving his brother to fight the growing fire alone.

In 1219, St. Francis crossed Crusade lines to meet Egypt's sultan. What can we learn from their encounter?
Mark Pattison - Catholic News Service

This is certainly not the considerate, helpful and generous Francis of Assisi we are used to imagining.

Why tell these stories?

First, it is important that we remember not only the good works and extraordinary acts of the women and men we venerate as saints but also their weaknesses, failings and imperfections. This helps provide us with a fuller and more honest picture of what makes these figures so venerable in the first place. They were just like you and me, sinful and struggling at times. But they also had the chance, as we do, to respond to God’s grace in this world and make a positive difference despite inevitable stumbling and failures.

Second, we tell these stories to see what the saints did afterward, for it gives us a clue to how we might live. After Francis publicly shamed James and the leper out of his own insecurity and fear, the would-be saint went to both men and apologized, asked forgiveness and made amends. After Francis wandered into the forest without helping his brother fight the fire, he later returned to confess that he did not want his favorite blanket to be destroyed and again sought reconciliation and gave his blanket away as penance.

Like Francis, we will struggle and sin. But also like Francis, we have the opportunity to surrender our egos, be vulnerable and seek reconciliation. Being a saint isn’t being without sin; it’s about not letting sin have the last word.

@DanHoranOFM
Show Comments (
2
)
Comments are automatically closed two weeks after an article's initial publication. See our comments policy for more.
Bruce Snowden
5 years 10 months ago
I have known for a long time that some saints were pretty mean, I mean demonstrative of flawed human nature at times. The great St. Jerome comes to mind, a man who battled an anger management problem all his life. It was so well known that, the Pope who canonized him exclaimed as he was being canonized, “Jerome! Jerome! How could we canonize you except that we know of your many penances.” Jerome could be pretty loose-tongued at times like when in letter to an adversary ( maybe St. Augustine?) he told the person, “Satan is sniffing at your underwear!” That’s pretty bad! So thank you Father Horan for telling the whole truth about the humanity of holiness, about the humanness of a great saint like Francis of Assisi, information about my Father which he has been for more than fifty-two years of Franciscan connectedness, including thirty-seven years as a Secular Franciscan. Information never heard before! Together with an incalculable multitude of people I try to sketch on the “canvas” of my life the image of Jesus - call that “canvas” my sins and flaws, struggling to become like He is, “One with the Father.” Since perfect holiness is concerned only with the truth, the whole truth and nothing but the truth, as Jesus taught in the Lord’s Prayer, all of heaven is high fiving your honesty, making “a happy noise unto the Lord!” I hear it, as palms meet palms in claps of thunderous joy!
William Rydberg
5 years 10 months ago
We post-moderns tend to view hagiographic literature as though it's devoid of style and does not need interpretation. The uneducated reach for words like "saccharine" and "flowery", when in fact a specific style and high theology is at work... In my opinion, the deadly "third rail" which so many contemporary writers reach for is a peculiar form of "realism" that works in one form or another the message "they weren't special, they were "just like us". When in fact, the purpose of the story is to give the reader a glimpse of our "better selves". In my opinion, commentary like this is dreary... in Christ, The King of kings...