Novice? Regent? Scholastic? A guide to Jesuit formation (and lingo) 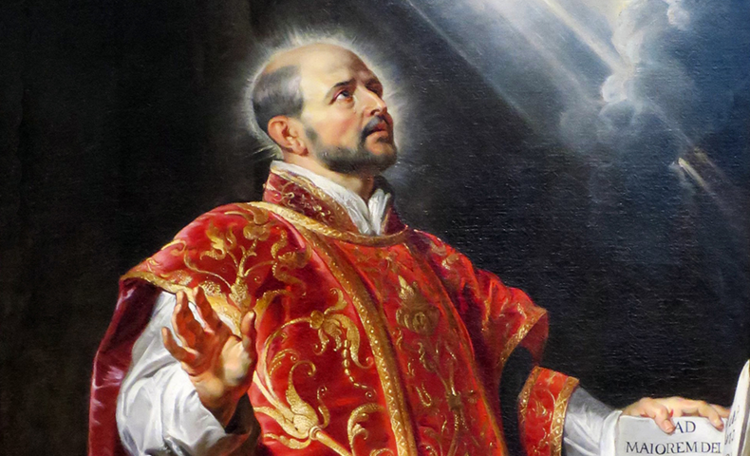 Yesterday at the Jesuit Vow Mass for the New England, Maryland and New York Jesuits, in Syracuse, New York, a number of people asked me about Jesuit formation, particularly the nomenclature, and the way that Jesuits refer to one another at various stages. So here goes.  This description of our training, which we call formation, is more or less standard worldwide.  If you read about Pope Francis's life as a Jesuit, you will have noticed that most journalists had a hard time with all this lingo--but to be fair, even devout Catholics do!

Novitiate:  A man is a Jesuit the day he enters the novitiate. (The word "novitiate" can refer to both this period of formation and the building in which the formation takes place.) And here's the first common mistake that journalists make:  You don't become a Jesuit when you take vows or when you are ordained; you are one on entrance day.  This is one of the three dates on Jesuit tombstones: Birth Date, Entrance Date, Day of Death. (By the way, we usually call men considering entering, or applying to, the Jesuits candidates.)  There are Jesuit novices who are brothers and scholastics (the latter being men planning for ordination).  Technically, a Jesuit enters the novitiate “indifferent” to his ultimate vocation, as brother or priest.  The first two weeks of novitiate are postulancy, when the men are called postulants.   The head of the novitiate is the novice director or novice master.

After postulancy, the novices enter into the two-year novitiate program of prayer, work and learning about the Society of Jesus, which includes making (or doing) the Long Retreat or Thirty-Day Retreat, i.e., the full Spiritual Exercises of St. Ignatius Loyola, in their first year, which is a month-long silent retreat.  (In the novitiate, first year men are called primi; second year men are secundi.  Jesuits often refer to men in their year as their classmates.  Or they will say of someone in the class behind them, "He was one of my primi.")  The novices also engage in a variety of experiments, that is, working in various ministries, usually with the poor or with the sick, sometimes in the developing world; in their second year the novices go on a long experiment, an extended (several-month) ministry at a Jesuit apostolate, often a Jesuit school.  In some provinces the novices will also make a pilgrimage across the country with little money.

Another common journalistic mistake: the program and/or the building is the “novitiate,” the people are “novices.” The novice is Mr. or Br. John Smith, n.S.J. until…

First Vows: A Jesuit pronounces (makes, takes) his First Vows (poverty, chastity and obedience) at the conclusion of his two years of novitiate, during a Vow Mass.  Technically, the Jesuit is promising to enter the Society fully, at the end of his training.  (And you have been living the vows since entrance date.)  The man is then a vowed Jesuit or "has vows."  Each stage of formation (including entrance and approval for First Vows) is predicated on the approval by the provincial (and the further you get in formation, that may also include approval by the Jesuit superior general, and for ordination, the Vatican).  The men about to take vows are called the vovendi.  Traditionally, each Jesuit receives a small metal vow cross, as a sign of his commitment.  In some U.S. provinces, the Jesuit is buried with his vow cross; in others, the vow crosses are handed down from deceased Jesuits to the newly vowed men.  The Jesuit at this point is Mr. or Br. John Smith, S.J. (Common journalist's mistake: the men are not priests after vows; vows are not equivalent to ordination.)

First Studies: At one of several Jesuit universities across the country (Fordham, St. Louis University, Loyola Chicago), the Jesuits, now scholastics (or brothers), study philosophy and theology and work a few perhaps 10 to 15 hours a week in ministry in a First Studies program.  Sometimes they are mistakenly called (by older Jesuits like me who remember the term,) “philosophers” from the time when this period was strictly philosophy or, even by even older Jesuits “collegians,” when many of the younger men still had to complete their college-level degrees.  He is still Mr. or Br. John Smith, S.J.  (Common journalist mistake: they are not "seminarians," they are "scholastics" or "brothers" or "Jesuits in formation.")  They study theology and philosophy for three years until…

Regency: The Jesuit (again, either the brother or scholastic) works full time in a Jesuit ministry for generally two to three years.  Or longer, depending on the decision of the man's provincial.  (One well known case had a Jesuit spending six years in regency: not surprisingly, he was known for the rest of his life as "Sextus.")  They are called regents.  He is still Mr. or Br. John Smith, S.J.  After they are approved, they move onto….

Theology: Both brothers and scholastics study theology at the graduate level.  They are often called theologians.  A brother’s formal studies may end here—but may not, since some brothers might go onto another advanced degree.  The Jesuit is still Mr. or Br. John Smith, S.J. For the scholastic, the next step (usually in the second year of studies) is…

Diaconate: Jesuit scholastics are ordained to the transitional diaconate (rather than the “permanent diaconate” for married men.) They are now members of the clergy (and not before, though usually for work or formal occasions they will wear clerics or clerical garb.) The men about to be ordained (this is true for the diaconate and priesthood, in both diocesan life and religious orders) are theordinandi. After ordination to the diaconate, he is Rev. Mr. John Smith, S.J. or, less commonly, Deacon John Smith, S.J.  (Common journalist mistake: they are not "Father.")

Priesthood: Despite many people calling all Jesuits “Father” way before this, a Jesuit is not ordained until this point, after many years of formation.  (He is still, by the way, a scholastic, and will be until his final vows.) The Jesuit does not pronounce any further vows at ordination, though he makes a series of ordination promises.  (Common journalist's mistake: diocesan clergy do not take vows.)  After ordination, the newly ordained Jesuit priest will usually spend a pastoral year in a Jesuit parish.  He is Rev. or Fr. John Smith, S.J.

Tertianship: The final stage in Jesuit formation, the so-called “third stage of probation,” comes after the priest or brother has worked for several years after completing his studies (for the brother), or after his studies and ordination (for the priest).  The man participates in a (usually) year-long program of spiritual training, which includes making the full Spiritual Exercises again.  He is called a tertian.  The head of tertianship is the tertian director or tertian master. After he is approved by the Jesuit Curia in Rome, he makes his…

Final Vows: Both Jesuit brothers and priests are, at the conclusion of tertianship, and pending approval from the provincial and the Jesuit superior general, invited to pronounce (make, take) final vows.  All make three vows (poverty, chastity and obedience, re-affirming the First Vows) and some Jesuits make a "fourth vow" (special obedience to the Pope “with regard to missions.”)  The shorthand difference between First and Final Vows (which is unusual for religious orders) is that in the First Vows you are promising to enter the Society; in the Final Vows the Society is now ratifying that offering.   Jesuits also make several promises, privately, after the public Final Vow Mass, such as not to “strive or ambition” for high office in the Society or the Church.  (The last common journalistic mistake: we do not make a vow of "blind obedience" to the Pope; it's with regard to "the missions," i.e., where we will be sent or "missioned.") You are now a fully formed Jesuit.  (There are a handful of other terms you might hear like, "fully professed" or a "professed Father.")  He is still Fr. or Br. John Smith, S.J.

Final vows marks the end of the formal formation period.  From start to finish (novitiate to final vows) it can take up to 15 or 20 years.

Now, the Jesuit can become a rector of a community, provincial, or...pope.

James Martin, S.J.
@jamesmartinsj
Show Comments (
7
)
Comments are automatically closed two weeks after an article's initial publication. See our comments policy for more.
John Wren
9 years 6 months ago
Very interesting. Hopkins, the Jesuit poet, wrote a very inspiring poem about a Jesuit brother who became a Saint, Alphonse Rodrigues, who proved his courage guarding the door, greeting Christ in each person who arrived at what I've always visualized as a Jesuit retreat house where he was assigned as a porter. How did this process work with him?
James Martin
9 years 6 months ago

Well, for Alphonsus Rodriguez I think the formation was a little different.  He entered late in life, as a brother, in part because some thought him not "cut out" for the life of a priest.  "If he cannot enter to become a priest," said the provincial, who was deeply impressed with his sanctity, "he can enter to become a saint."  Alphonsus worked in the Jesuit college in Majorca, where he answered the door by saying to himself, "I'm coming, Lord!" as a reminder to treat each person as if he or she were Christ.  One of the Jesuits inspired by him was St. Peter Claver, who would work with the slaves in Cartagena, and is known as the "slave to the slaves."

You're welcome.  It only took me 25 years to understand.