A Catholic experience of Ramadan 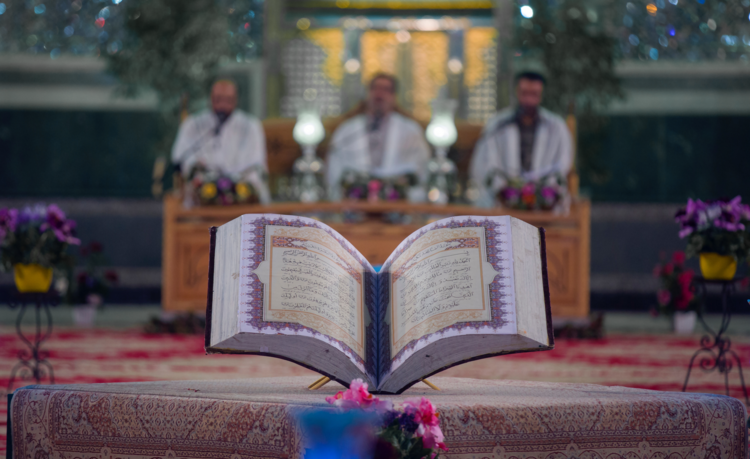 Photo by mostafa meraji on Unsplash

Coming from a place where “religious diversity” meant there were both Catholics and Lutherans, for much of my life I often responded with little more than a shrug of the shoulders when hearing that it was a holiday for a non-Christian tradition. I knew so few people of other faiths and did not live in places where other religious holidays resulted in a day off of school or work.

Things can sure change. I now live in a predominantly Muslim neighborhood in Dar es Salaam, Tanzania where it would be impossible to not know, hear and see that Ramadan is currently taking place.

I took several classes in college that looked at world religions in general or Islam in particular, though I remember rather little. The formal work of interreligious or ecumenical dialogue done by theologians is important, though at least for me, my understanding of other traditions and their positive challenge to me has mostly come from the dialogue of relationships and daily life.

I knew fasting for Ramadan was one of the five pillars of Islam, though I actually understand it when Suleyman and Ismail don't have as much energy at basketball practice after a long day of school with nothing to eat or drink. I see the beauty of this season as I go on an evening walk and pass by people praying at the mosque and then sharing a meal in a circle together – and even inviting Christians like myself to join them.

I knew fasting for Ramadan was one of the five pillars of Islam, though I actually understand it when Suleyman and Ismail don't have as much energy at basketball practice after a long day of school with nothing to eat or drink.

This welcome to the table – or, often during the pleasant evenings here, the mat outside – is for me a foretaste of the Kingdom of God, even if it comes from outside of my religious tradition.

I have found Muslim students and coworkers excited to learn that Catholics also fast but have been thoroughly confused when they discover that our “fasting” still includes drinking and eating. I can only imagine that simply refraining from meat one day a week and not eating between meals for two days during Lent seems, well, easy for one who does not eat or drink anything during daylight for a month.

How interfaith exploration made me a better Catholic
Jordan Denari Duffner

I'm also challenged by their example. Apart from a few days like Ash Wednesday when we have a visible symbol of unity, we often don't have such togetherness. As I go off to lunch, maybe even forgetting to pray before I chow down, my Muslim students go to pray together before returning to class.

Of course, Catholics are encouraged to fast in other ways, but when we all do our own thing, we do not have the common uniting experience that I witness each evening as I walk by people joyfully breaking their fast together.

Starting in college, I have often joined Muslim friends in fasting and then breaking the fast together for one day of Ramadan each year. My Muslim students have been excited that their Jesuit teacher would join them, though I feel like they are my teachers in showing dedication, reverence, and prayer with the whole body. (I also wish they would teach their Catholic classmates, who often have less reverence than Muslim students at all-school Masses.)

I, a Catholic and a Jesuit, am grateful for this Muslim holy season for challenging me to be a more dedicated child of God.