St. Dominic and his order’s legacy of holiness

St. Dominic and his order’s legacy of holiness 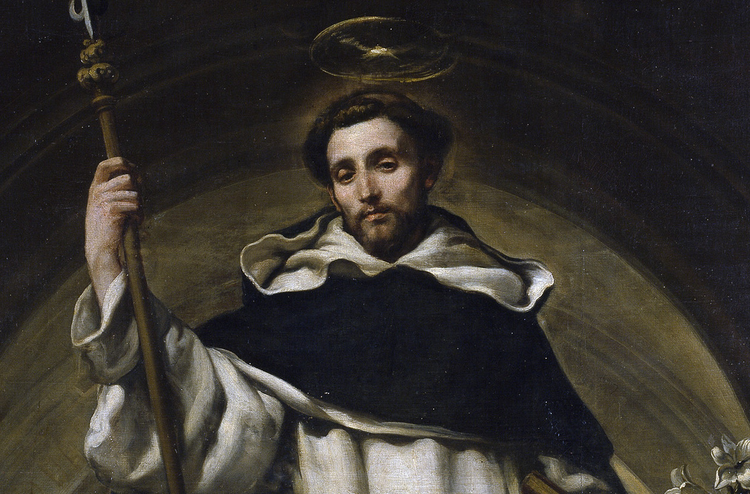 This article originally appeared in the December 2, 1916 issue of America to commemorate the Order of Preachers' 700th Anniversary on December 22, 1916.

To have had a saint for a mother, not merely a saintly mother, but one actually raised to the altars, to have one's own brother beatified, and to have enjoyed the friendship of men like Simon de Montfort and Francis of Assisi was a distinction, not altogether unusual in the early centuries of Christianity, but extremely rare in the Middle Ages, ages of faith though they were. Yet this was the distinction given to Dominic Guzmán. All that was necessary to complete the story was that he should be canonized himself, and leave behind him a posterity of saints. Both of these privileges were accorded the founder of the Order of Preachers. Children in the flesh he had not, for he consecrated his virginity to God; but children in the Lord were his in legion; the day would fail the tongue that would attempt to tell their names, for they literally crowd seven centuries of the Church's calendar. Not the least of them is our first American saint, the gentle Rose of Lima.

It was a high mission that Honorius III intrusted to the little band of men, solemnly approved as a Religious Order on December 22, 1216. They were to be, in the words of the Pope, "champions of the Faith and lights of the world." During the seven centuries that have come and gone since he defined their work, they have manfully stood to their task. Dauntless, uncompromising defenders of orthodoxy, ever battling for the truth, they have been Crusaders in the best sense of the term. They have dealt valiantly with heresy, and had a lion's share in preserving the integrity of the Faith. Some idea of their devotedness to the Holy See may be gained from the fact that three thousand members of the Order have been bishops. Of these ninety were cardinals; twenty-five, legates a latere; ninety, apostolic representatives in the courts of kings and princes; while four were popes. Such was the gift of St. Dominic to the Church, or rather a small portion of his gift, for greater than all these are the unnumbered saints and scholars who have lived and toiled and suffered and died for Christ, and have wished their names to be forgotten and unknown. They were also to be "lights of the world," keeping alive the spark of revealed doctrine and kindling the fire of charity.

[The Dominicans] were also to be "lights of the world," keeping alive the spark of revealed doctrine and kindling the fire of charity.

The white scapular, which is the distinctive mark of St. Dominic's sons and daughters, not only symbolizes the purity of their ideals, the innocence of their lives and the favor of the Queen of Heaven, it also typifies the white light of truth, which they have contributed so much to keep unclouded and undimmed for so many hundreds of years. The crystallization of the highest ideals of Christian art in the work of Fra Angelico has its counterpart in the permanency of form given to theological thought by the surpassing genius of the Angel of the Schools. And who that has read at all has not wondered at the mysticism of St. Catherine of Siena, counselor of popes, the zeal of Las Casas, defender of the Indians, the labors of St. Louis Bertrand, evangelist of New Granada, St. Raymond of Peñafort was one of the most eminent of jurists, St. Antoninus one of the founders of sociology, Lacordaire one of the most eloquent of preachers and publicists. In our own land Edward Fenwick, first Bishop of Cincinnati, and Luke Concannen, first Bishop of New York, were among the most apostolic pioneers of our American episcopate. But these men and women, though more distinguished than their brethren, were, after all, only types of the great body of Dominicans.

Finding the music in praying the rosary
Jeffrey Essmann

With the month of December the white-robed army of St. Dominic will enter on the eighth century of its loyal service of the Church. Throughout the month, and especially in the days immediately preceding Christmas, days that mark the anniversary of the solemn approval of the Order, Catholics the world over will be offering felicitations on the happy completion of another cycle of fruitful labor. America, speaking for the sons of St. Ignatius and for its editors and its readers, desires to add its voice to the general chorus of congratulation and to express its confident hope and its sincere good wishes for the fulfillment of St. Teresa's prediction, that the Dominicans, because they have been found good and faithful servants, will be set over still greater things until the end of time.