The Case for the Classics: Without these ancient texts, our democracy will suffer 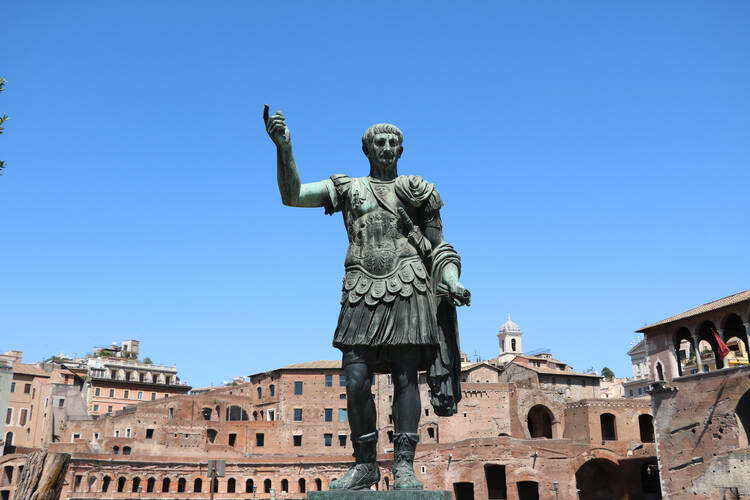 St. Mary’s University in Minnesota recently announced that most liberal arts programs at the school will no longer be offered next year, a development that is regarded by many in academia as the harbinger for further cuts to the traditional liberal model of education in the future. While students and professors of English and History may regard this news with shock and fear, it is not actually a new development, but rather a continuation of a trend which began with a steady rejection of classical studies.

The panic over the decline of classics in America these days can seem hysterical to those who are not invested in the classics. Not only does a fervor for the study of antiquity appear old-fashioned, even backwards, but to many it is even evidence of racism in academia.

However, there are good reasons to fight for the continued study of antiquity. As a Latin major, I have a personal interest in the survival of the classics. Furthermore, as a student I can see firsthand how a dearth of classical education causes everyone’s education to suffer.

When you study the classics, you study the origins of the stories that are at the foundation of our culture. Since so often our cultural models are contained and conveyed through stories (e.g. Jesus’ parables), a classical education is an education in the fundamental morals of our society. Why are love and tragedy so often intertwined in fiction? Why do people think humility is a virtue? Where does our conception of justice come from? Classical studies holds answers.

My own meager knowledge of classical plays and epics has provided me with some insights when consuming other media on my own. The invisible presence of a morbid but irresistible truth in the Arthur Miller play, “All My Sons,” feels eerily familiar to one who has read “Oedipus Rex” and witnessed Oedipus’s tragically eager pursuit of an ultimately miserable revelation.

The classics are fundamental to modern American government and society and are therefore necessary to the development of citizenship and a healthy democracy.

Harry Potter’s afterlife encounter with the souls of his parents and parent-figures in Harry Potter and the Deathly Hallows before his resurrection and ultimate triumph, Aragorn’s and Frodo’s separate passages through lands consumed by undead souls in The Lord of the Rings trilogy and Luke Skywalker’s cave scene in “The Empire Strikes Back” are all reminiscent of the ancient trope of katabasis—a journey through the underworld—present in both Homer’s Odyssey and Vergil’s Aeneid. Even such modern stories as Game of Thrones clearly draw inspiration from the classics: I remember my thoughts being irresistibly drawn to Julius Caesar at the moment of Jon Snow’s assassination (“Et tu, Olly?”).

But is knowledge of the classics useful for anything other than scholarly pursuits? I would argue that classical texts are relevant to more than just one’s appreciation of modern literature. The classics are fundamental to modern American government and society and are therefore necessary to the development of citizenship and a healthy democracy.

Evidence of the significance of ancient Rome and Greece on modern law and culture is manifold: The structure of U.S. government is in many ways reminiscent of the Roman Republic; many of the concepts of democracy as we know it originated in Athens; the political landscape of ancient Rome—battles between populists and institutionalists, “new men” in politics upsetting old guard patricians, even mobs of citizens storming the seat of government—is remarkably similar to the state of modern American politics.

However, deeper, less obvious and more important lessons are to be learned in the study of the classics. A perfect example of this can be found in Aeschylus’s famous trilogy of the “Oresteia,” which tells the story of Orestes, the prince of Argos.

The story of the “Oresteia” is ridiculously bloody. Briefly, the back story is that King Agamemnon has sacrificed his daughter, Iphigenia, to the gods. The first play of the “Oresteia” recounts how Agamemnon’s wife, Clytaemnestra, kills him in retribution. In the second play, Orestes, the son of Agamemnon and Clytaemnestra (and Iphigenia’s brother) avenges his father by killing his mother. The Furies, however, hearing of Orestes’ matricide, hunt Orestes to the ends of the Earth in the third play to exact punishment for his sin against his mother. Orestes ends up in the Parthenon, where he prays to Athena for intercession. Athena, appalled with the mayhem that has been going on, steps in and founds the first court of law, including the first jury, prosecution and defense. The system whose (fictional) founding Aeschylus imagines 2,500 years ago exists to this day.

We are the beneficiaries of centuries of experience and teaching, and of teachers who are poised to show us the way—if we only listen.

Athena created the first court of law in a rebuke of the Furies, entities who predated the gods and operated under an outdated system of justice. For the Furies, justice was revenge, and it is under this system of justice that the family of Orestes clearly operated. Murder for murder, on and on until the last man is left standing. The chaos of the “Oresteia” exists as a witness to the logic behind our current moral code of law—you cannot take justice into your own hands. It also is a testament to the dangers of leaving this system of justice behind. Would we rather operate under a system of might makes right, where vengeance and justice are synonymous?

Naturally, this is an important lesson for American citizens to understand. However, both the study of the “Oresteia” and the acceptance of its thesis have declined in this country over the years. So many Americans today are convinced not only that the justice system is not on their side, but that the only solution is to take personal, violent action to reconcile the perceived wrongs of the world. We can see this in such enormous events as the storming of the Capitol last January and the violent riots which tormented the country two years ago, but also in more pervasive trends such as the increase in violence in this country.

It would be naïve to believe that if everyone just read Greek tragedy, the shootings and riots would stop. I do, however, contend that without an adequate understanding of Aeschylus and his peers, it will be harder to overcome these challenges. Americans sometimes act as though we are alone, as though we’re facing these problems for the first time, but we are not: We are the products of an ancient legacy; we are the beneficiaries of centuries of experience and teaching, and of teachers who are poised to show us the way—if we only listen.

Correction: An earlier version of this article listed Euripides, not Aeschylus, as the author of the "Oresteia."