‘Silent Night’: a song invoked in both World Wars and sung to a dying president 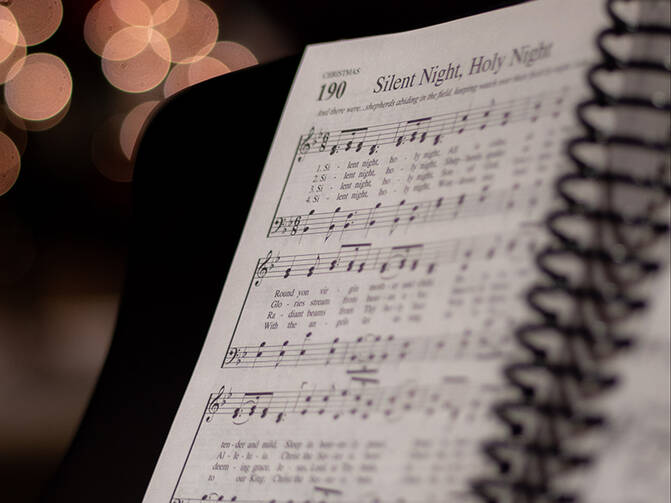 At the end of 1945, in a little Michigan town close to where the “thumb” of the lower peninsula meets the “fingers,” the aspiring sign painter Wally Bronner, 18, held an exhibition of Christmas decorations to showcase his talent to local businesses.

His effort was so successful local people insisted on coming to see the decorations long after Christmas was over. Mr. Bronner would slowly build what is today the world’s largest Christmas store in Frankenmuth, Mich. (For those from South Dakota, think of the Wall Drug of Christmas.) The 27 acres of grounds and stores are dedicated to Christ and“decorating hearts with peace and love.”

In 1992, Mr. Bronner broke ground ona replica of the chapel in Austria where the Christmas carol “Silent Night” was first sung on Christmas Eve in 1818. Mr. Bronner had visited the chapel in 1976 and spent the next 16 years working to build a replica at his store as a way of honoring God for all that he had received in his life. Today the song plays on the chapel grounds at Bronner’s, and the store displays translations in hundreds of languages.

As we have heard throughout this season of “Hark!”—the new America podcast about the Christmas carols we love—the songs we sing in this season each have their own compelling stories. One thing that seems particular to “Silent Night” is how many people it has inspired. As “Hark!” producer Maggi Van Dorn, Ed Schmidt, S.J., and composer Colin Britt discuss, “Silent Night” is thought to have inspired a Christmas truce among soldiers during World War I; it was also used to encourage both sides during World War II. Irish tenor Ronan Tynan sang it to former U.S. president George H. W. Bush on his deathbed. Poppy even sang along.

“Silent Night” is a song that inspires the imagination in so many ways. In the episode, Maggi talks to longtime church choir singer Rusty McDermott (who also happens to be my mom). And it is fascinating to hear the details my mom has gleaned from singing the song; the baby Jesus’ curly hair, his “little rosebud mouth.” It is as if the song naturally draws us to a very physical and fully realized understanding of what we mean by the incarnation. In “Silent Night,” the Christ Child is not an idea or a theological principle; he is a newborn in his mother’s arms that we, the singers, are trying to help to sleep.

Listen to the new episode for this and much more, including performances by the Boston College Liturgy Arts Group—and my mom! Who knows how the song might inspire you, too.

Jim McDermott
@PopCulturPriest
Show Comments ()
Join the conversation: Login or create an account
Before you can comment, you need to update your profile to include your first and last name, as required in our comments policy. Then reload this page and you'll be set up for commenting. Update your profile