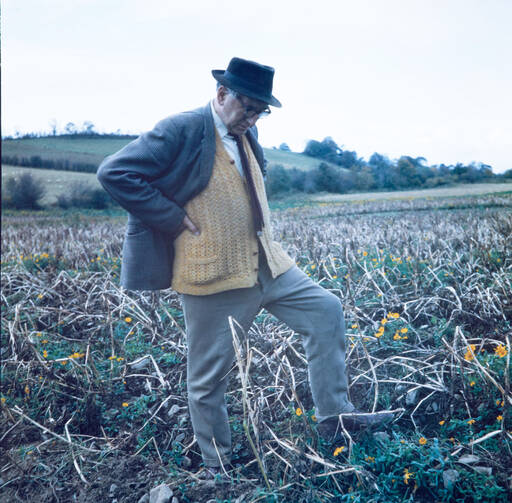 In his lifetime, Patrick Kavanagh considered it a dubious honour to be reckoned the best Irish poet since William Butler Yeats; he took it to mean “the second best Irish poet after Yeats.” Since Kavanagh’s death in 1967, he and Yeats have been joined in the pantheon of Irish poets by Seamus Heaney, who throughout his life was evangelical in the cause of promoting Kavanagh’s work beyond the shores of Ireland. According to Heaney, it was Kavanagh, the farmer-turned-poet, who “kick[ed] the dead weight of the familiar into life” and inspired Heaney to make poetry out of the seemingly innocuous details of everyday life.

Patrick Kavanagh has never achieved the same fame around the world as his predecessor Yeats or his disciple Heaney.

Heaney went so far as to credit Kavanagh in his Nobel Prize acceptance speech, but for all Heaney’s efforts, Patrick Kavanagh has never achieved the same fame around the world and in the United States as his predecessor Yeats or his disciple Heaney. President Biden is famously fond of Heaney’s work, while President Obama turned to Yeats in 2016 for a line of Irish poetry on the day he bestowed upon Biden the Presidential Medal of Freedom “because I had to quote an Irish poet, and Seamus Heaney was taken.” (In his defense, Kavanagh was perhaps also ‘taken’; Obama had already quoted Kavanagh twice in his eulogy for Beau Biden the previous year.)

Despite (or perhaps because of) the undersized profile he holds outside of his native island of Ireland, Patrick Kavanagh is the self-professed “Catholic poet” we should all be reading this Advent. The centenary of Kavanagh’s birth in 2003 was “justly celebrated as a more or less national feast” in Ireland, according to Heaney. Advent presents the chance for an entire season of celebration of Kavanagh’s work. His poem “Advent,” one of his most famous, will be paraphrased in homilies across Ireland these weeks as the season of Advent ushers in a new liturgical year.

God in ‘the bits and pieces of Everyday’

Kavanagh’s poem looks to Advent for a sort of poetic and spiritual rebirth, a chance to reacquaint ourselves with the “newness that was in every stale thing/ when we looked at it as children.” As with all of his best work, Kavanagh rests in the ephemeral to find the eternal; the newness he seeks in “Advent” is to be found “wherever life pours ordinary plenty.” In moments like this, Kavanagh’s poetry of the commonplace comes close to a theology of the commonplace. God, Kavanagh reminds us elsewhere in his poetry, is to be found in “the bits and pieces of Everyday” (“The Great Hunger”), he is “down in the swamps and marshes” (“The One”). The duty of the poet as well as the Christian is to “do/ The will of God, wallow in the habitual, the banal” (“Canal Bank Walk”).

Kavanagh’s poem looks to Advent for a sort of poetic and spiritual rebirth, a chance to reacquaint ourselves with the “newness that was in every stale thing.”

Wonder is our human instinct for the mysterious, and for Kavanagh, it is the catalyst for the sort of religio-poetic vocation he envisages for himself and for his readers. The genius of Kavanagh as a Catholic poet was the lightness of touch with which he intuited wonder as a characteristically religious state of mind, and identified God as the mystery at the heart of our human lives. Kavanagh’s was by no means a straightforward religiosity, and his poetry is not straightforwardly devotional. In fact, his passionate Catholicism is often overlooked in assessments of his work. But this is the man for whom poetry was “a mystical and a dangerous thing” and who declared stoutly: “the poet is a theologian.” As we begin another liturgical year in search of our own spiritual rebirth, Kavanagh offers wonder as the gateway to such rebirth.

‘Through a chink too wide there comes in no wonder’

As Kavanagh’s troubled poetic life showed all too well, wonder cannot simply be self-activated. His career was dogged by financial and romantic disappointment and swaths of his work constitute a bitter reaction against a Dublin literary scene that derided him as a “peasant poet.” Yet at his best, Kavanagh’s work is effortless and emphatic—as powerful an expression of Christian wonder as the poetic tradition has produced.

Theologically, wonder can be understood as a gift of the Holy Spirit imparted by God’s grace as a sort of receptivity to his divine presence. This gift must be accepted and nurtured by virtuous habits of living. Wonder proceeds from God and returns the wonderer to God with gracious praise. Wonder that arouses no more than a superficial curiosity or that leads the wonderer astray is not wonder at all. It is what Augustine and Aquinas called curiositas, a counterfeit wonder that distracts and diminishes. In “Advent,” Kavanagh provides a prescient warning against the sort of commodified, banalized curiositas that passes for wonder in our modern world.

“We have tasted and tested too much, lover-/ Through a chink too wide there comes in no wonder.” The opening line of Kavanagh’s “Advent” rings a lament for the disenchantment that reigns in a world leached of its sense of wonder, and with it, its intuition for the transcendent. Near the end of his life, Heaney echoed Kavanagh’s concern for the endangered status of wonder in a distracted world, observing: “The biggest change in my lifetime has been the evaporation of the transcendent from all our discourse and our sense of human destiny.”

Where the famously God-shy Heaney never ventured to elaborate on the details of this transcendence, Kavanagh’s poetic wonder returns him again and again to his Christian faith. He finishes “Advent” with a hopeful vision of a world ready to receive with grace the grace of Christ’s presence in our midst: “We have thrown into the dust-bin the clay-minted wages/ Of pleasure, knowledge and the conscious hour-/ And Christ comes with a January flower.” Dispensing with the attractions and distractions that diminish our sense of wonder, Kavanagh envisages a world after the rebirth of Advent in which Christ—life itself—can be found in the simplicity of a “January flower.”

‘The poet is a theologian’

In such moments, Kavanagh raises to importance the most routine details of everyday life by the light of his poetic wonder. This perhaps is the sense in which Kavanagh describes the poet as a theologian. For in such moments, wonder constitutes a religious as well as an artistic state of mind, a theological as well as a poetic agenda in Kavanagh’s work. Wonder alerts Kavanagh to the sacramentality of the created world; God is close at hand in the moments that inspire and surprise. All that is required is a receptivity, a porousness to what Jacques Maritain called the “more than is” of the material world, the mysterious transcendence stitched into the seams of our everyday life. The wonder of Kavanagh’s work reminds us of the surplus of meaning with which the everyday world is shot through.

This season of Advent, wonder is the state of mind with which we are called to journey towards the hope of Christ’s birth in Bethlehem. In this season of renewal, Kavanagh, the patron poet of Advent, is a worthy guide. 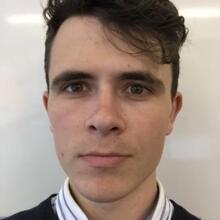 Paul Corcoran is currently pursuing a doctorate in religious studies at the Loyola Institute in Trinity College, Dublin. He was the editor of Lines of Enquiry (TCD Press), published in 2017.