There’s a reason you love to belt out ‘Hark! The Herald Angels Sing’ 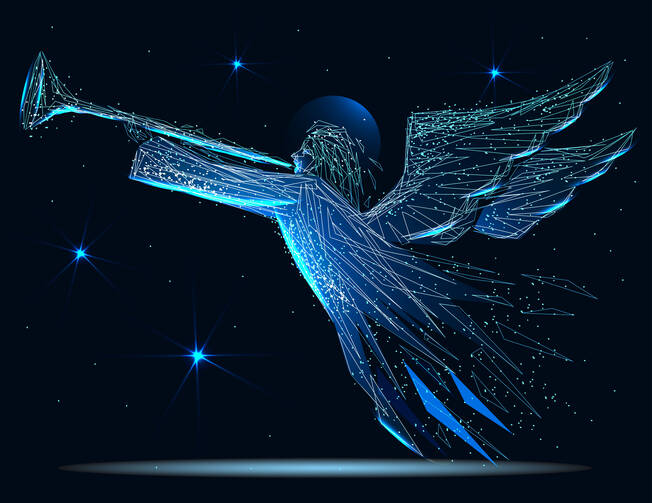 What would you say if I told you that “Hark! The Herald Angels Sing” was actually written to honor not the baby Jesus but the printing press?

O.K., not the lyrics—although points to anyone who immediately tried to reinterpret the song as a crypto-Enlightenment hymn to Johannes Gutenberg. But as New Jersey conductor and choir director Colin Britt explains in this week’s eponymous episode of “Hark!,” the tune that would be grafted onto a Christmas poem to form one of our most popular Christmas carols was originally written by German composer Felix Mendelssohn to celebrate the 400th anniversary of the printing press. “Fatherland, in your area, the gold day dawned! Gutenberg, the German man lit the torch!” It just rolls off the lips, doesn’t it?

There are other famous examples of this kind of lyric-swapping, perhaps none more so than our own “America (My Country, ’Tis of Thee),” which ’tis not of America at all but the United Kingdom. It is the tune to the British national anthem, “God Save the Queen,” repurposed in 1831 by Massachusetts Baptist minister Samuel Francis Smith as a bit of “mud in your eye” to the monarchy. (I definitely don’t recommend singing the American lyrics at Buckingham Palace.)

What would you say if I told you that “Hark! The Herald Angels Sing” was actually written to honor not the baby Jesus but the printing press?

Also, do you like the composition of Frank Sinatra’s 1968 signature song “My Way?” So did the French, when they first heard it sung by Claude François in 1967.

“Hark!” isn’t the only Christmas carol to transpose music to different lyrics (a process called contrafactum), either. “What Child Is This” uses the tune of 16th-century English folk song “Greensleeves,” which has quite a story of its own; the melody of “Carol of the Bells” came from a pre-Christian Ukrainian folk chant about a swallow (yes, you read that right) who announces a year of bounty ahead.

While some such contrafacta (like “America”) have an agenda, in the case of “Hark! The Herald Angels Sing” it was just about the music.

“There’s a logic that is embedded in the melodies of these tunes that helps the congregation remember them,” Maestro Britt explains.

“There’s a logic that is embedded in the melodies of these tunes that helps the congregation remember them,” he explains.

One of my favorite parts of this episode is listening to Maestro Britt walk us through what he means by that: how the song is built on a repeated melodic pattern that, even as it introduces some surprises along the way, keeps landing on the notes and harmonies that are most satisfying to hear. Basically, it’s like the aural equivalent of when I scratch my niece’s dog Daisy Sparkles in just the right place and she starts kicking up her leg. We love to sing “Hark!” because it just feels so right.

This week’s episode also features Laurie Brink, O.P., a Dominican sister and professor of New Testament at the Catholic Theological Union in Chicago, who breaks down the ideas inside the song with Maggi. If you ever wanted to learn about angels or hear why the evangelists give Jesus so many different titles—we get it, the kid is important!—this is the episode for you.

Check it out now, anywhere you get podcasts!