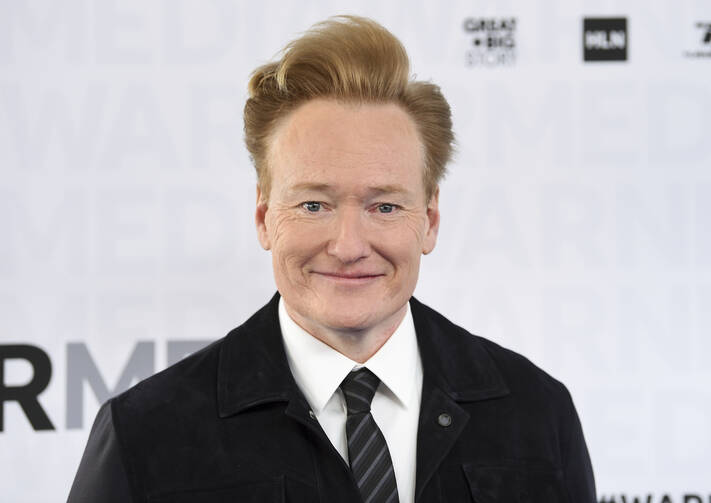 At the end of his latest show’s final broadcast on June 24, Conan O’Brien had this to say: “I’ve devoted all of my adult life to pursuing this strange phantom intersection between smart and stupid. There’s a lot of people who believe the two cannot coexist, but...I think when smart and stupid come together...it’s the most beautiful thing in the world.”

O’Brien’s words speak of a serenity borne out of a deep love for comedy and making people laugh, a love that was clearly able to transcend the viciousness and vicissitudes of the business he was in, as evidenced by his near 30-year tenure in late-night television.

O’Brien departs a late-night world far different from the one he entered nearly three decades ago.

There has been nothing orthodox about Conan O’Brien’s career. O’Brien—at his best equal parts, biting, lovable, smart and stupid—was on par with, if not superior to, those who came before and after. For those of us fans, monikered “Team Coco” some years back (during one his several troubled times navigating through the backstage chaos of late-night television), he has always been underappreciated and, if not unloved, certainly not loved at a level in proportion to his talent, both by viewers and network executives alike.

Indeed, after having a seemingly Cinderella-like ascent into the late-night milieu, having been plucked from relative obscurity and given one of the most desired jobs in all of television—as the “heir apparent” to Jay Leno as the host of “The Tonight Show”—nothing has come easy for O’Brien.

Conan’s late-night debut occurred amid one of the most contentious and ugly moments in television history. O’Brien had been selected to replace David Letterman as the host of NBC’s “Late Night” show, which came directly after its showcase program “The Tonight Show,” which had been hosted for the previous 30 years by the legendary Johnny Carson. For those of you under 30 and therefore not familiar with this hideous chapter in television history: Letterman presumed he would be Carson’s successor, but that was not to be. Jay Leno, a frequent guest host of “The Tonight Show,” was brought on-board as host instead.

Conan never did quite fit in, and I mean that in the best possible way.

An infuriated Letterman accepted an offer from CBS to host his own late-night show in direct competition with Leno. The Letterman/Leno battle took center stage in the media, and suddenly the world of late-night comedy became profoundly serious business, with the emphasis on business. Books were written and made-for-cable films were made about the high-stakes, big-money, cutthroat world of late-night comedy. The irony was that the two lead players in this very public saga, Leno and Letterman, were two goofy-looking, off-beat, seemingly unexceptional stand-up comics, nothing at all like their predecessor. Johnny Carson was very much in the mold of the classic late-night star: traditionally handsome, affable and conventionally humorous. Carson was so popular that he spent much of his tenure literally without peer, as no other network had pulled off a successful rival show in his time slot. Leno and Letterman, by contrast, would spend the better part of the next two decades acrimoniously battling each other, with Letterman’s retirement in 2015 (after Leno’s second and final exit the year previous) marking an end to one of the most tumultuous eras in the annals of television.

Conan O’Brien, seemingly an innocent and definitely an unknown, entered late-night at the very moment that the Leno/Letterman feud started heating up. Conan, unorthodox in appearance—with his soon-to-be-iconic towering red wave of bangs still in their infancy—and with a less-than-conventional comedic approach, wasn’t so much the “odd man out” so much as “yet another odd man.” After some initial struggles, his “Late Night” show found its legs and Conan his voice as a television host, having previously worked behind the scenes as a writer for “Saturday Night Live” and “The Simpsons.”

Cable proved to be liberating for O’Brien, who seemed more at ease and experimental in his approach.

“Late Night” would go on for some 16 years with Conan at the helm, while along the way he made his own mark on the form with his use of “remotes.” Remotes are short set pieces, usually pre-recorded on-location, that have a documentary or live-news feel to them. One of Conan’s most famous series of remotes at “Late Night” was hosted by “Triumph the Insult Comic Dog,” a puppet handled by O’Brien collaborator Robert Smigel, who went to different locales interviewing and insulting people on the scene, such as the queue full of rabid “Star Wars” fans outside of New York’s Ziegfeld theater for the premiere of “Attack of the Clones” in 2002.

Yet O’Brien seemingly couldn’t escape contamination from the residue of the Leno/Letterman feud, as he too, wound up taking part in a very public dispute with NBC and Leno’s camp about hosting duties at “The Tonight Show.” Conan left as host of “Tonight” in 2010 after only seven months on the job. His departure from NBC would lead, months later, to a move to cable with “Conan” on TBS, running for over a decade until its end on June 24.

Cable proved to be liberating for O’Brien, who seemed more at ease and experimental in his approach in the less-stifling atmosphere of basic cable. O’Brien allowed the more surreal and subversive aspects of his humor—perhaps most evident in the episodes he wrote for “The Simpsons,” including the much-lauded “Treehouse of Horror IV” episode—to rise to the surface. The remotes, too, became more elaborate and, in a sense, became the show itself, as he regularly began taking his show all over the world, including Cuba, Armenia and the Demilitarized Zone (DMZ) between North and South Korea.

O’Brien departs a late-night world far different from the one he entered nearly three decades ago. Late-night television, like television itself, is a far bigger universe than it was in the early 1990s. The realm of the late-night talk show is no longer two odd, hot-headed outcasts at loggerheads with one another; it now appears to be a peaceful fraternity of (mostly) good-looking, good-natured, well-meaning guys, without any hint of acrimony, either invisible or well-hidden. Indeed, now it would seem that the more the merrier—well, you know, as long as you’re a white male.

Conan, with his off-beat looks and humor, doesn’t quite fit in with today’s Jimmys, Stephens, Seths, or even that glimmer of hope and difference on the late-night horizon, Amber Ruffin—a woman of color, and host of her own self-titled late-night show. But really, Conan never did quite fit in, and I mean that in the best possible way.

O’Brien’s humor and charisma have never been pedestrian enough for a market that demands a high level of homogeneity. Conan has always been located a bit too much on the smart side of that intersection between smart and stupid. For those of us who did appreciate him—and we will always think there were never enough of us—we can be grateful that he loved comedy and making people laugh enough to stay with it as long as he did. Conan: Late night television didn’t deserve you.