Review: ‘Rebel Hearts’ shines a light on nuns’ struggle for justice and freedom 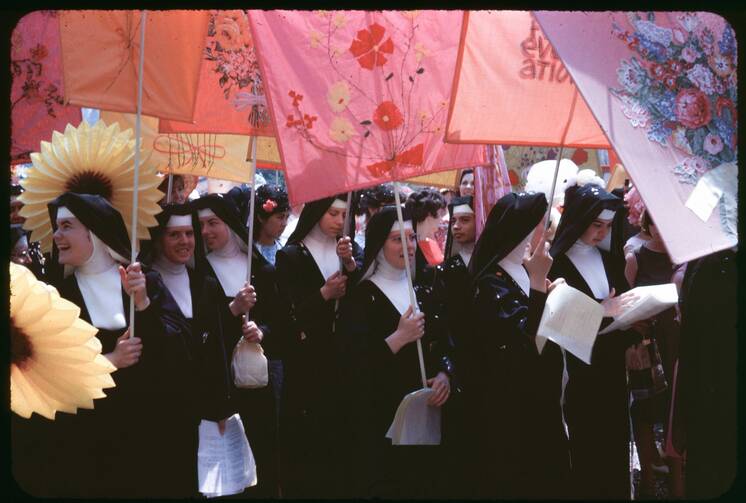 A still from "Rebel Hearts" showing The Sisters of the Immaculate Heart of Mary in protest (Photo Credit: IMDB).

“Renegade,” “subversive” and “kick ass” are not words you generally associate with nuns. The director Pedro Kos’s newly-released documentary “Rebel Hearts” might change your mind—at least with respect to The Sisters of the Immaculate Heart of Mary in Los Angeles during the 1960s.

Expectations about their behavior (passive), attire (black habit) and education (limited) had been codified by centuries of tradition. But these were no ordinary women, and this was no ordinary time. The sisters (colloquially known as the IHM’s) found themselves entering a strict religious life amid the storms of a cultural revolution. Movements on behalf of women’s rights, the environment and against the Vietnam War roiled the country and, to some extent, the world. Alongside these global events, the nuns in formation embarked upon a journey to claim their selfhood and autonomy. The film follows them as they enter the convent, take vows and embark upon their teaching careers. It is a breathtaking, heartbreaking ride, as inspiring as any 20th-century feminist struggle.

The sisters begin their careers eager to educate and transform young lives, but their high hopes are thwarted when they are assigned to teach in classrooms with often more than 70 students. They fight for smaller class sizes and insist on having at least two years of college before they start teaching. The IHM’s also rail against the strictures of their religious lives as the world around them rapidly changes. They identify injustice and feel compelled to speak out.

“Rebel Hearts” is an immensely satisfying experience for the viewer, especially for anyone who has chafed against the church’s powerful male hierarchy, but still yearned for belonging in its fold.

Enter Los Angeles Archbishop James Francis McIntyre, a formidable foil. McIntyre works to block every move the sisters make toward modernizing their order and reaching out to the larger community.

The movie captures a modern-day David and Goliath battle. Archival footage, interviews and dazzling collage-like animation inspired by iconic pop artist Corita Kent bring the struggle to life: the swift and sometimes duplicitous antagonism by church authorities toward this small order of Gospel-loving nuns. “Rebel Hearts” is an immensely satisfying experience for the viewer, especially for anyone who has chafed against the church’s powerful male hierarchy, but still yearned for belonging in its fold.

In an interview with America, the director Pedro Kos said it was “love at first sight” when he was first introduced to the project. “It was so meaningful to me as a struggling Catholic and one really who looks for meaning in the world,” he said. “Their story felt so contemporary and current and a meditation on change. What does change look like? And the toll it takes especially when you are at the forefront.”

The sisters were very much on the front line of social justice. Marching in Selma, Ala. with Martin Luther King Jr. during the civil rights movement, advocating for the marginalized, and fighting for women’s rights, they also fought to assert their own autonomy and agency in a world that was accustomed to a nun’s subservience.

“I saw their struggle, their imagination and their efforts to be a part of the world. It’s something really refreshing and unexpected,” said Mr. Kos.

Mr. Kos said he believes that “Rebel Hearts” resonates because it raises issues that connect historical struggles to our current times. “I was getting the chills last year when I was deep in the edit of this film, seeing all the movements for racial justice and equality happening around the country,” he said. “That felt very much part of the film because… that’s what the Immaculate Heart sisters went through. What they experienced as a community, I call it an awakening, to the world, to change and to be a force for change.”

“They were about questioning, being critical thinkers,” Mr. Kos said. He added that the reforms of Vatican II, around liturgy, the role of lay people and the church’s engagement with the modern world, had a significant impact on the sisters. They were especially emboldened by the idea of looking out at the world around them and asking what needed to be changed. They wanted to know how they could improve the lives of others. “They took that to heart,” Mr. Kos said.“They wanted to minister and service the communities they served.”

“It is a loss of innocence. They went in with certain hopes and dreams. In many ways, it was shattered.”

At the beginning of their journey toward greater autonomy, the nuns made three basic demands: Relax the habit requirement, provide two years of college education before they began to teach, and end the traditional requirement to pray in choir at specific times of the day. Their demands were met with fierce opposition, even by the Vatican.

Ultimately, in the film, the sisters must decide whether to stay with the church or strike out on their own.

“Everything they did back in the late ’60s, if they did it today they would still be nuns in the church,” said Mr. Kos. “They were asking for individualized prayer schedule, a career path, change of habit. Today these are longer controversial requests. Most orders follow what these sisters were asking for.”

After a series of exchanges with the Vatican that result in an impasse around these requests, a majority of the sisters decide to break from the church and form their own independent community. “This story is like a marriage story, because it’s the story of a relationship that in the end does not work out,” Kos said. “It is a loss of innocence. They went in with certain hopes and dreams. In many ways, it was shattered.”

Catholic sisters (with M.D.s) are on the frontline in the fight against Covid-19 in India
Kevin Clarke

“Rebel Hearts” is a story of courage, love and survival. Audiences from “18-year-olds to 88-year-olds are responding positively to it,” said Mr. Kos.

While there are heartbreaking moments in “Rebel Hearts,” especially when the sisters who leave the church find themselves without a means to support themselves, the film is a joyful meditation on finding meaning in life despite, or perhaps because of, the price one has to pay to achieve it.

“Rebel Hearts” will have its streaming premiere on Discovery+ on June 27. 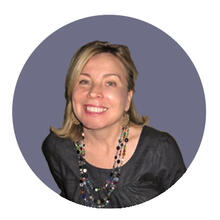