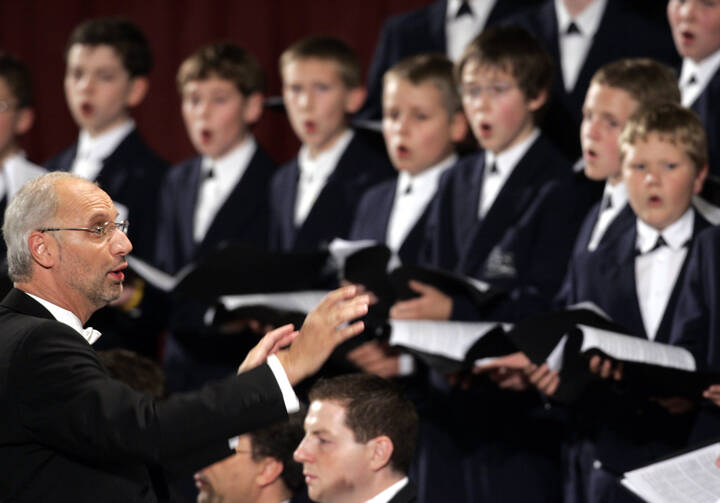 BERLIN (AP) — One of Germany’s most famous Catholic boys’ choirs, the Regensburg Cathedral Choir, plans to establish a separate choral group for girls for the first time in its more than 1000-year history.

“We are happy to welcome girls in the future,” choir director Christian Heiss said in a statement Tuesday, adding that the so-called Regensburg Cathedral Sparrows still would be open only to boys and remain the No. 1 choir.

Girls can apply to the new choir from the beginning of the 2022-23 school year. They will also have to attend the high school that is connected to the choir.

The Regensburg choir was founded around the year 975 and is thought to be one of the oldest boys’ choirs in the world.

The Regensburg choir was founded around the year 975 and is thought to be one of the oldest boys’ choirs in the world.

Choir members have toured the world, including trips to the Vatican, the United States, Canada, Poland and Japan, and performed for Queen Elizabeth II and Pope John Paul II.

Why are American Catholics obsessed with the politics of Communion? (Hint: Because we’re American.)
Matt Malone, S.J.

In 2010, allegations surfaced about the use of corporal punishment on boys in the choir. Georg Ratzinger, the brother of Emeritus Pope Benedict XVI, who led the choir for many years, apologized for the abuse.

Ratzinger, who died last year, said he was aware of allegations of physical abuse at an elementary school linked to the choir but did nothing about it.