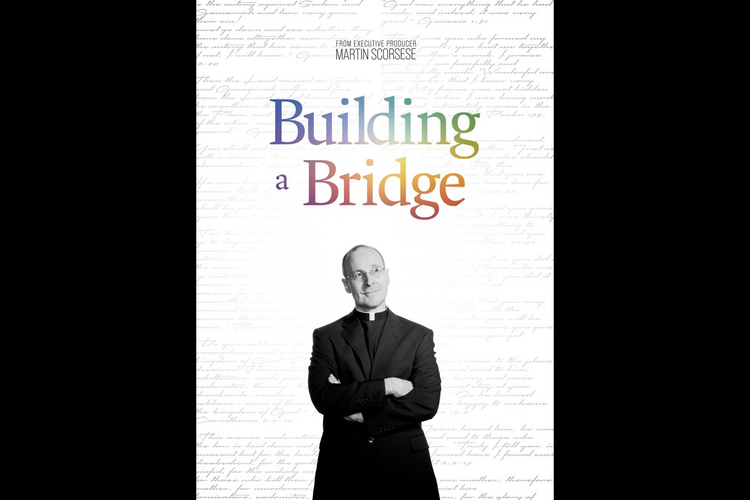 A Martin Scorsese-produced documentary about James Martin, S.J., and his ministry to L.G.B.T. Catholics has been selected to be part of the Tribeca Film Festival in June, the organization announced Tuesday.

The documentary, “Building a Bridge,” is based on Father Martin’s 2018 book of the same name.

“The film follows Father Martin and the lives he has impacted, including a grieving Pulse mother, a family with three queer siblings, and a college student trying to reconcile his gay and Catholic identities,” reads a statement from the documentary’s creators. Father Martin is an editor-at-large of America.

“Tribeca Film Festival is the perfect place for us to premiere this documentary,” Evan Mascagni and Shannon Post, the film’s directors and producers, said in a statement. “We are so proud of this film and grateful for the opportunity to show it amongst so many talented filmmakers, especially at the first major U.S. festival to be held in person this year and during Pride month.”

Father Martin said he was moved to write his book following the 2016 shooting at Pulse, a gay nightclub in Orlando, which left 49 people dead. He has urged church leaders to be more welcoming, emphasizing aspects of Catholic teaching that call for treating L.G.B.T. people with “respect, compassion and sensitivity.” Some Catholic leaders have criticized Father Martin’s ministry, challenging him to be more clear about the church’s teaching that condemns homosexuality.

The film also features Michael Voris, the founder of the website Church Militant, which regularly publishes articles and videos denouncing Father Martin and his ministry.

In 2018, Father Martin spoke at the World Meeting of Families in Dublin, a global conference hosted by the Vatican’s family and laity office, about how parishes could welcome L.G.B.T. Catholics. The following year, he was received at a private audience by Pope Francis.

In a statement about the documentary, Father Martin said he hopes the film will prompt Catholics to reflect on how to create a more inclusive church.

“I was so happy to learn that ‘Building a Bridge’ had been accepted by the Tribeca Film Festival, since it will help more people see the kinds of outreach that the Catholic Church is doing with L.G.B.T. people,” Father Martin said. “I’m especially grateful to Martin Scorsese, the executive producer; and Evan Mascagni and Shannon Post, the directors; for making such a sensitive documentary with so many different voices. I pray that church leaders will see what is possible with this kind of pastoral ministry, and that L.G.B.T. people feel more welcome in what is, after all, their church too.”

The Tribeca Film Festival, founded in 2002 to spur economic activity in New York following the 2001 attacks on the World Trade Center, will run June 9-20.