Our Lady of Guadalupe is the subject of a new film. It’s...predictable. 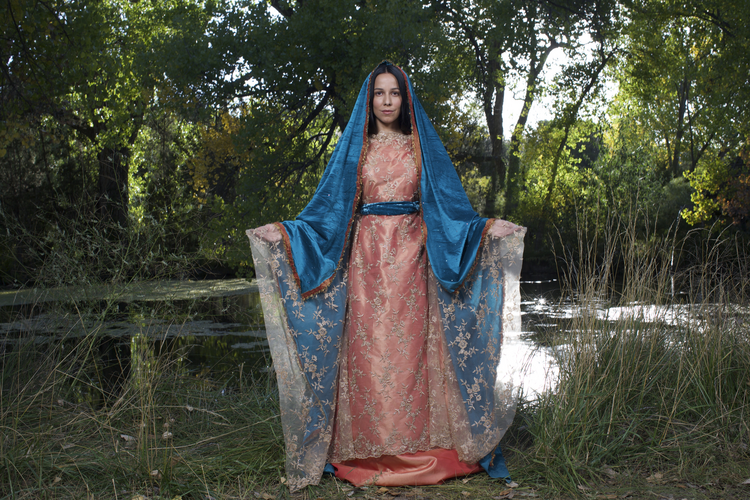 The most interesting element in the film “Lady of Guadalupe,” which is now streaming on Amazon Prime, is a snowy-bearded Jesuit named Xavier Escalada (Glenn Craley), whom we meet while he is guest-lecturing a college class on the miracle of Our Lady of Guadalupe. The tilma (cloak) on which the Virgin left her image, Father Escalada tells a small group of theology students, was imprinted on “cactus paper” (agave fiber) and yet has not deteriorated in more than 450 years. The stars that surround her? They replicate the sky as it was in 1531—not as seen from earth, he adds, but how it would have looked from the perspective of heaven. In her eyes, he says, one can make out the reflected image of the peasant Juan Diego kneeling before the Virgin, a bit of detail unthinkable at the time, or certainly in the place, where the Blessed Mother appeared. If Escalada were teaching in law school, this would be the class on evidence.

“Lady of Guadalupe” is not an episode of “Law & Order: Sacred Visions Unit,” or anything close, though it might inspire devotion to Our Lady.

“Lady of Guadalupe” is not an episode of “Law & Order: Sacred Visions Unit,” or anything close, though it might inspire devotion to Our Lady. I thought several times of praying for relief from what is a very earnest but seemingly interminable exercise in spiritually motivated drama. Drama, actually, is the thing that’s missing. The narrative, or narratives, are not implausible, or the acting entirely amateurish or the intentions anything but virtuous. There is simply very little urgency, or belief in the characters; this is because they do not behave in ways that are sympathetically, or sometimes recognizably, human.

The Mexican-born actor Guillermo Ivan does double duty in this feature directed by Pedro Brenner, playing both Juan Diego, the humble sainted peasant to whom the Virgin appeared five times in December 1531, and Juan Martinez, an aspiring Mexican-American journalist unhappy with his role as the “Latin specialist” at a publication called Latin Voice. It would seem like the best job in the place, like being the chief film critic at Film Comment, but Juan feels dissatisfied. He is also unhappy that his wife, Mary (Kimberley Aria Peterson), is in a coma after a car crash, but that does not seem to weigh on him all the time (as one might expect it would). There are flashbacks to their relationship, which began in the stacks of a university library, where Juan does a pretty good imitation of a stalker and Mary really should have called security. But their romance is not really the issue here, though it certainly takes a viewer out of the action.

Would a bishop in Mexico of the 1500s actually say, “The natives are restless”? I guess someone had to be the first.

Juan Diego, meanwhile, seen in flashbacks to 16th-century New Spain, is among the conquistador-oppressed peasantry who have converted to the religion brought by the priests. But if they are preaching love, his uncle asks, why are the priests protected by soldiers? A reasonable question, historically. Why doesn’t the priest baptizing Juan Diego’s wife, Maria (Huitzil Bennett Perez), notice the smallpox blisters sprinkled across her forehead? That’s a knottier question. The missionaries are not rendered guilt-free by Brenner and his co-writer Seann Dougherty, but any vaguely knowledgeable viewer is going to have questions, among them: Would a bishop in Mexico of the 1500s actually say, “The natives are restless”? I guess someone had to be the first.

Guadalupe’s Legacy: How a 486-year-old vision of Mary in Mexico continues to influence the church
Nichole M. Flores

Period movies are difficult, and expensive. It is not easy replicating a past place and time, especially one about which people already might have preconceptions. I certainly never imagined that 1531 Mexico would look like a toga party without the snacks, but the effect is somewhat ridiculous. The destination of the story is more than predictable. One bit that is clever, and fleeting to the point where I may have actually misinterpreted it, was what seemed to be the appearance of the actress Paola Baldion as both the Lady of Guadalupe and a nurse in Mary’s hospital room, telling Juan Martinez not to give up hope. You get the sense that things might just work out. But you’ve known that all along.