‘The Young and The Restless’ helped me survive 2020

‘The Young and The Restless’ helped me survive 2020 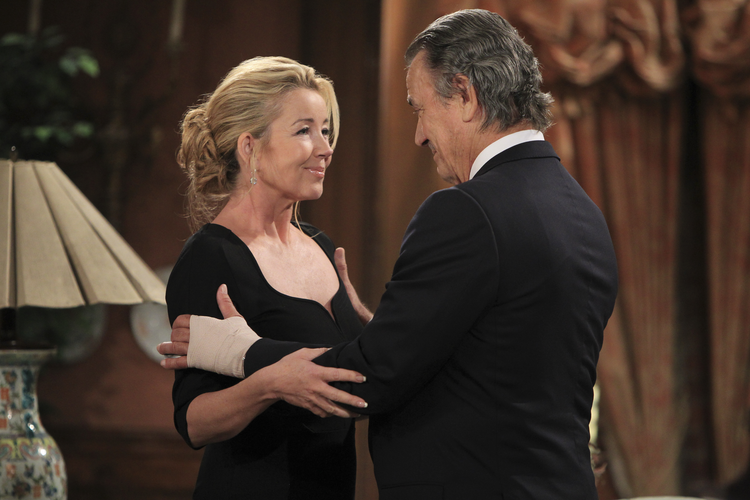 At this time of year, when we consider what we’re grateful for, I am thankful for “The Young and the Restless.”

Yes, that’s right: The long-running CBS soap opera has been an unexpected gift for me throughout the pandemic.

I was just 5 years old when I started watching “Y&R” with my grandfather, who helped my working parents by frequently babysitting my brother and me on weekdays. My grandfather was never part of the target soap demographic; during soaps’ heyday in the 1960s and ’70s, audiences consisted primarily of American housewives, not male diplomats who worked overseas, as my grandfather did for many years through the Voice of America.

The long-running CBS soap opera has been an unexpected gift for me throughout the pandemic.

But during retirement in the 1980s, my grandfather began experiencing health challenges that kept him at home for much of the time. What could he do to keep his mind off his pain (and likely boredom)? A friend suggested watching “The Young and the Restless,” and after one episode, he was hooked.

He then converted his young granddaughter as a loyal viewer (much to my mother’s chagrin). At 12:30 in the afternoon, “The Young and the Restless” would come on TV while we ate vegetable soup together in the kitchen. I quickly became captivated by the lives of Genoa City’s sophisticated citizens and came to view them as members of my extended family.

I also treasured the bond that the show created between my grandfather and me, one that continued even after his death shortly before I turned 8 years old. I missed him dearly, but found that when I tuned into “The Young and the Restless,” the pain seemed to lessen. Somehow, through watching the show, I felt a connection to him and took comfort in knowing that life in Genoa City was still continuing, even though my life in Rockville, Md., had been greatly altered.

I treasured the bond that the show created between my grandfather and me, one that continued even after his death.

Throughout high school, I was a true “super-fan” of the show: I watched almost every day and bought Soap Opera Digest every week. I even managed to acquire two “Y&R” coffee table books, a CD soundtrack to the show and sheet music to play the show’s theme song (“Nadia’s Theme”) on the piano. But in my 20s, work and graduate school made it difficult for me to watch regularly, and soon I found myself tuning in only when sick at home. My relationship with the fictional Newman and Abbott families began to resemble “Christmas card” friends: the kind you only write to once a year.

But one afternoon this summer, I needed a break from constant news about the pandemic and decided to turn on “The Young and the Restless.” What I saw on my screen was such a happy surprise: The show had run out of new episodes in the spring and was now (temporarily) airing reruns from 30 years ago. Just like that, I was back in the kitchen with my grandfather, fondly remembering a time when we could sit side-by-side and be entertained together. I felt a smile come back to my face and immediately set my DVR to record each subsequent episode.

At a time when my husband and I cannot have family or friends over, I can still see my extended soap family on TV every day.

In July, production resumed, and when new episodes began airing in August, I became acquainted with the newer residents of Genoa City. And that is when I realized that watching “The Young and the Restless” was more than cathartic entertainment: At a time when my husband and I cannot have family or friends inside of our house, I can still see my extended soap family on TV every day.

Soap operas can’t solve the world’s problems, nor can they take away the pain that we have all experienced this year.  Yet in the midst of so much uncertainty, “Y&R” is providing me consistency, a temporary break from reality and a connection to treasured family memories from my childhood. Not only that—it helps me to imagine how my grandfather must have felt when he was homebound for days on end.

The streaming era ruined our free time. Is it too late to reclaim it?
Conor Kelly

As for the show itself, all is not calm in Genoa City these days; it is a soap after all! A long-lost twin, the corrupt shenanigans of a prodigal son and a beloved character facing breast cancer are just some of the stories I have been watching. And while the pandemic is not a part of the plot, its presence is felt in the lack of love scenes and the six feet of distance between all actors on the show.

I’m sure that the show’s writers and producers await the day when they can return to normal and put more than four actors on a set at one time. Perhaps they considered a story about a pandemic before, thinking that such a thing could happen “only on a soap,” not in real life! But I hope they know that to this fan, each new episode is a gift: one that brings me that much closer to normalcy, and that much closer to my family (both onscreen and off). In 2020, that's something to be thankful for. 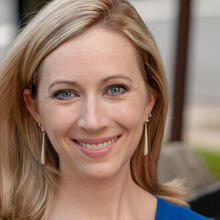 Deanna Howes Spiro is the vice president of communications for the Association of Jesuit Colleges and Universities in Washington, D.C.