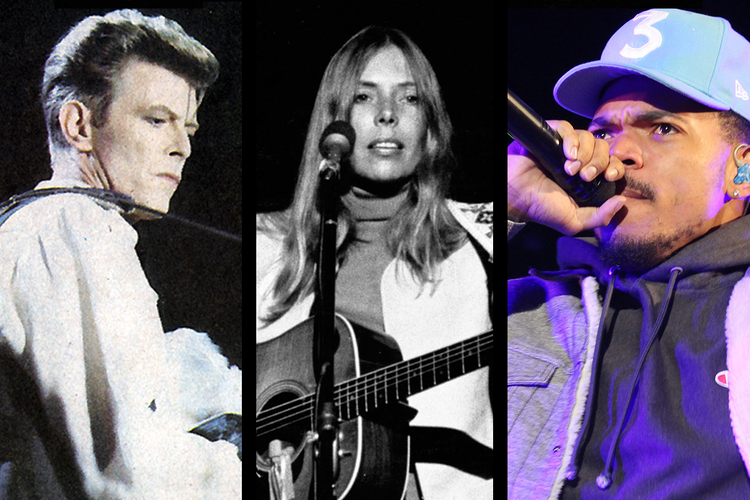 To sing something once is to pray it twice. In my own effort to see the world liturgically, I carry this adage around everywhere I go. Liturgy, after all, is the work of the people, whether it’s sacred, holy or horrible.

During the season of Advent, expectant alertness is commended to us as a lived attitude. Shall we live it out in song? If we take up the aesthetic, a song like Phil Collins’s “In the Air Tonight” might suddenly hit us as an Advent revelation. Is “the pack of lies” that “it’s all been” a melodramatic phrase about one particular relationship or about the whole of civilization? Listen for what the spirit of Advent is showing you. “What does it say?” is, same as it ever was, among the most profound questions we can put to ourselves and others. Enter the risk and reception of song.

This song is such the toe-tapper that it’s easy to miss the counsel for the sound. Beginning with an innocuous query (“Don’t you wonder sometimes…?”), it builds up to a summons to situational awareness, a call to take notice of your surroundings, to observe what’s around you, to set it down, to say it and to sing it.

“I will sing,” David Bowie resolves. It’s among the clearest chroniclings of his own creative method. And masterfully, the song follows its own advice, doing what it is describing and advising. In this, it bears deep resonances with Wendell Berry’s “How to Be a Poet.” Bowie offers a live demonstration of giving voice to what is without and within. If he can, maybe we can too. Be vigilant. Sit down and wait for the gift of sound and vision. It’s all around us. Are we prepared to note what’s in the air? Do we want to receive the signs? True magi are nothing if not receptive.

This praise song of late September 2017 appears to have been composed as a prophetic response to President Trump’s decision to characterize an American citizen who chose to kneel during the national anthem as a “son of a bitch” who should be dragged out of sight. As Chance the Rapper explained to Stephen Colbert before performing it for the first time, it was born out of a place of disquiet he decided not to comment upon directly, but the song, presented within days of the president’s public curse, has other ideas. It opens with a meditation on the American flag:

I get so sad when I look at the stars

They so pretty, you can’t tell them apart

You think they close but really we far

And really, they ain’t even that much closer to God

Moving between his own sense of celebrity displacement in communities of church and family and his hope for the kingdom to come (“The day comin’, knees bowed, tongues confessin’, the last ones gettin’ first dibs on blessings”), the song situates us with a sense that the light of God’s righteousness, at least for now, will have to be discerned and proclaimed beneath the shadow of Unholy American Empire. Ready or not, the Day of the Lord is coming. And, in keeping with  Mary’s revolutionary song from Luke 1:46-55, we are made to imagine a great reversal in which the powerful are brought down and the hungry are filled with good things.

“He Got The Whole World In His Hands,” Jeanne Lee

Evangelical assertiveness coupled with an insistent comprehensiveness of earthbound blessing is enunciated for us by Jeanne Lee, who invites us to imagine that even the most morally unserious and abusive human beings will be subsumed by the powerful purposefulness of a relentlessly righteous God. And lest we get too intoxicated by that thought, she gingerly directs us to the thought of our fellow creatures as babies, tender and dear and demanding of gentleness. Due diligence concerning the world to come requires due reverence toward one another—and that is every human other—in the glorious meanwhile, the sweet old here and now. I propose this song as an international anthem of lovingkindness.

“Justified and Ancient (Stand by the JAMS),” KLF

While it can be easily dismissed as a far-fetched fusion of peoples and genres unworthy of scrutiny, KLF’s offering has the advantage of situating the social urgency of Curtis Mayfield’s “People Get Ready” amid block-rocking beats involving Tammy Wynette and Ricardo da Force. In the apocalyptic vision of this song, standing by the jams isn’t just an allusion to “Stand By Your Man,” it’s offered as a creative ethic of advocacy among the justified and ancient people, the meek who know what time it is and who will, like it or not, inherit the earth. Treasuring the righteous jams and pondering them in our hearts is, as the song has it, what fishing in the rivers of life looks like, freeing our minds and letting our bodies follow. If KLF is to be believed, the moral resources for seeing ourselves and others clearly are already available, alive and signaling.

And saving the most momentously appropriate for last, we have a prophetic invocation from Joni Mitchell. There is crushingly funny and profound blessing and good will here, along with a little something to offend almost everyone. And even with a skewering, world-weary critique, there is also a gathering up of and reveling in all remaining goodness in every nook and cranny. To say too much about the teaching of Jesus of Nazareth is to skip past the season that is our subject, but praising the light that shines on the righteous and the brazenly unrighteous alike, without discrimination or demarcation, and urging listeners to “shine like it does,” to borrow a line from INXS, is the posture of compassion and openheartedness that I hear Mitchell commending in this song. May we take it up consistently in the days to come.

[See also: Matt Maher’s Playlist for the Last Week of Advent (and beyond)]

— Have yourself a social-distanced Christmas
— Wouldn’t it be nice if an angel told us what to do in a dream?
— Why is Darth Vader in the Vatican’s Nativity scene? 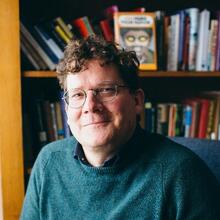 David Dark teaches at the Tennessee Prison for Women and Belmont University in Nashville. His work has appeared on MTV News, and he is the author of Life’s Too Short To Pretend You’re Not Religious.

@DavidDark
Show Comments ()
Join the conversation: Login or create an account
Before you can comment, you need to update your profile to include your first and last name, as required in our comments policy. Then reload this page and you'll be set up for commenting. Update your profile