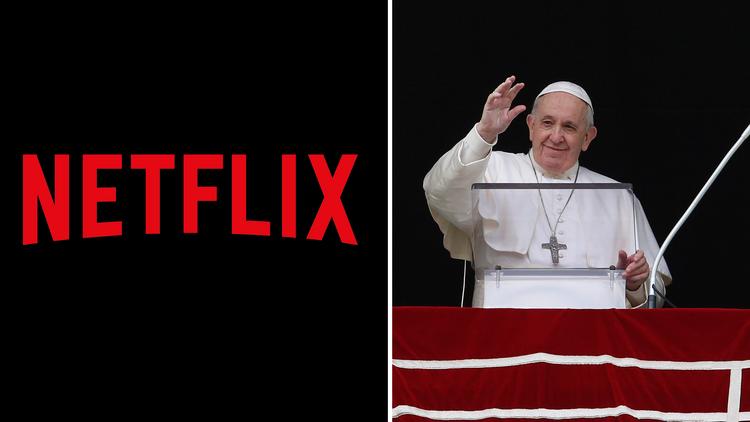 Pope Francis will appear in a new Netflix docu-series based on Sharing the Wisdom of Time, a book by Pope Francis that highlights the stories of elderly people from around the world.

The new series will feature profiles of 31 elderly people from five continents, filmed and produced by filmmakers under the age of 30. The young filmmakers will work under the direction of Fernando Meirelles, who directed “The Two Popes.”

Joellyn Cicciarelli, the president and publisher of Loyola Press, which originally published the book, said Pope Francis thought it was important that young people listen to the elderly and help tell their stories.

Pope Francis will appear in a new Netflix docu-series that highlights the stories of elderly people from around the world.

“We’re thrilled with the project,” Ms. Cicciarelli told America. “What I’ve found in my own family is that young people often listen to their grandparents more carefully than they listen to their parents—there is mutual respect. For us here at Loyola Press, we see our book, and now this film series, as an important way to create a connection between young and old, so that each generation is heard, honored and respected. These two groups can help turn the tide in these trying times. We need them—and we’re happy to give them a voice.”

Loyola Press first optioned the docu-series to Stand By Me productions, an Italian television production company. Netflix expressed interest in the series six months ago, and the three companies have worked together to film interviews with some of the elderly people originally featured in the book.

One of those originally featured in the book was Academy-award winning director Martin Scorsese, who as directed a number of films that wrestle with the Catholic faith in which he was raised, including his 2015 passion project, “Silence.” Netflix could not confirm whether Mr. Scorsese was involved in the new series.

Some of the interviews with elders in the Netflix series, particularly those in South America, where Mr. Meirelles is based, have already been completed, as have some of the series’ interviews with Pope Francis. Others have been delayed due to coronavirus travel restrictions and health concerns for the elderly subjects.

Netflix has not yet confirmed a title for the series. It will be released in 190 countries and four languages in late 2021.