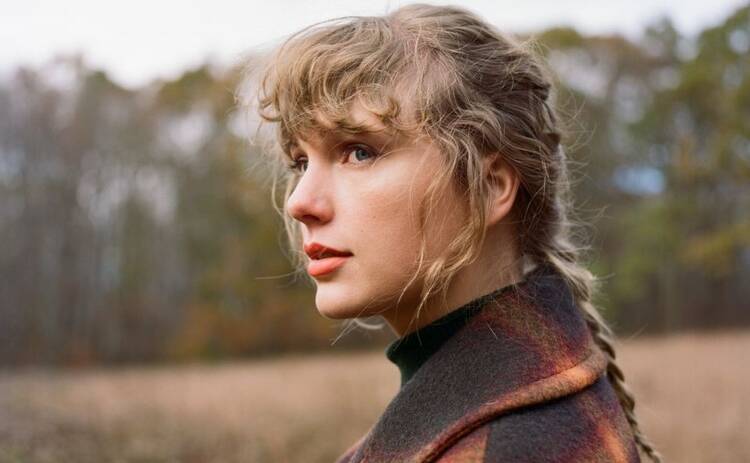 When Taylor Swift released “Folklore,” her eighth studio album, back in July, it was a surprise to everyone who had come to expect a certain amount of pomp and circumstance surrounding an album drop. Gone were the extravagant music videos, the singles drip-fed months beforehand, the tours and secret sessions and easter eggs. Gone, even, was Taylor’s propensity for writing songs solely about her personal life. Instead, she chose to make an album dedicated to the stories of others, some real, some fictional and some inhabiting that ethereal place in between.

“Folklore”was miles from her usual album slate. It was intentionally underproduced, a stark contrast with her previous body of work, and released with so little fanfare that there was barely a day of promotion beforehand. The record could have easily become a side note in Taylor’s discography. But that did not happen. Instead, it became a massive hit, winning numerous awards and nabbing several Grammy nominations. “Folklore”is the definitive album of the pandemic.

So, then, where does “Evermore”fit in?

In many ways, the album is both unexpected and totally familiar. Never before has Taylor released an album that fits the theme of the previous, but the records’ sisterhood is reinforced through uncanny stylistic symmetry with “Folklore.” It is so similar to July’s very popular, very difficult-to-top album that you might be forgiven for thinking “Evermore”is simply a collection of songs left out of “Folklore.”

But, as usual, Taylor Swift isn’t interested in your preconceptions. Dashed are the assumptions anyone might have about her and her art.

Taylor has noted that “Evermore”is meant to coincide with her 31st birthday, and this says a lot about what she is setting out to do with it. This album is grown up, unafraid to address mature themes; it takes love seriously and addresses its staggering nuances. The characters who starred in “Folklore”were a triangle of teenage lovers, but here the recurring stars are all clearly adults experiencing grueling, adult things.

As with the best of her older songs, Taylor manages to make the personal universal.

“‘Tis the Damn Season” is a song about Dorothea, a woman from Los Angeles who returns to her small town and confronts an old flame. The track is rueful, even angry. The protagonist wants to make it big in L.A. but is drawn to someone she had left behind a long time ago. She even makes an attempt at compromise: “You could call me ‘babe’ for the weekend.”

“Dorothea,” meanwhile, tells the same story but from the man’s perspective. He’s never gotten over her and is eager to have her back. It is a much more adult version of the “Cardigan,” “August” and “Betty” trilogy from “Folklore.” It has a greater appreciation for the complications of love. Where those songs told a story of naive, adolescent infidelity, this duology instead traces a divide between professional success and a delicate, fragile relationship.

This exploration of love’s intricacy continues in “Tolerate it,” “Happiness” and “Coney Island.” The songs address infidelity, unrequited feelings between lovers with a significant age gap and the absolute desperation of romance. “Coney Island,” which features the band The National, echoes “Exile,” a similar song from “Folklore,” but its lyrics become even more specific, citing long-gone images of “malls before the internet” and “winning arcade rings” and “gift-wrapped suburban dreams.”

Meanwhile, tracks such as “Cowboy Like Me” and “No Body, No Crime,” which features the band Haim, are an evolution of songs like “Getaway Car” from Swift’s “Reputation.” Again, Taylor’s love of the Bonnie and Clyde narrative emerges full force, and the absolute freedom of mad living brings out some of her best narrative storytelling.

For an album that is so focused on the stories of others, some of the best tracks on “Evermore” are the ones that directly address people and events from Taylor’s life. This speaks again to her ability to change, evolve and repurpose her previous work. “Long Story Short'' is a mythologized version of her own experiences living in the limelight, a freewheeling reinterpretation and reclamation of the worst moments of celebrity. As with the best of her older songs, Taylor manages to make the personal universal.

“Marjorie” is perhaps one of the best songs that Taylor has ever written. A first-person odyssey that tracks her relationship with her grandmother, Marjorie Finlay, it is imbued with genuine, visceral emotion. Taylor weaves a heart-wrenching eulogy for her grandmother, its lyrics evoking a sense of longing and nostalgia that bleed into tears. And yet, it ultimately is not a sad song. As she says: “What died didn’t stay dead/ You’re alive, you’re alive in my head.”

“Evermore” is perhaps the ultimate fulfilment of the artistic vision that Taylor promised us in “Folklore.”

With “Evermore,” Taylor sharpens everything that worked in “Folklore,” but also manages to combine the sensibilities of that folksy album with many of her previous emotional obsessions. What might at first seem like “just more ‘Folklore’” (not that that would have been unwelcome) quickly transforms into a bevy of tall tales, melodramatic love stories and even a murder cover-up. Where “Folklore” felt understated and sad, “Evermore” is more colorful. It is not necessarily happier, instead brimming with an exuberant contentment. Taylor has clearly been bursting to write these sorts of songs; her imaginative narratives are unceasing.

Perhaps the best comparison to make is to “Speak Now,” an earlier record that also featured some of her best lyrics. More than anything, it is her words and her boundless lyricism that are most affecting on this new album.

Taylor Swift’s ‘Folklore’ made me feel all the things. It’s just what I needed.
Eric Immel, S.J.

“Evermore” is perhaps the ultimate fulfilment of the artistic vision that Taylor promised us in “Folklore.” It is refinement, it is evolution, it is a message to her audience that Taylor Swift will never do what you expect her to do. And, above all of that, “Evermore” is simply beautiful, evocative, powerful art—the kind of art that is rare for global megastars to produce.

Like so many artists, Taylor has spent much of the last year on her own, out of the glare of the spotlight. And, because of that, she has managed to find where she shines brightest: When she takes her deepest, most personal hopes and anxieties and weaves them into a series of fresh stories. Every track is a chapter in her very own Great American Novel.

This is the Taylor Swift that she is clearly happiest being.

—Taylor Swift’s ‘Folklore’ made me feel all the things. It’s just what I needed.
—Reggaeton can reveal God to us—if we’re listening carefully
—The 15 times a Catholic has been named Time’s Person of the Year