Taylor Swift’s ‘Folklore’ made me feel all the things. It’s just what I needed.

Taylor Swift’s ‘Folklore’ made me feel all the things. It’s just what I needed. 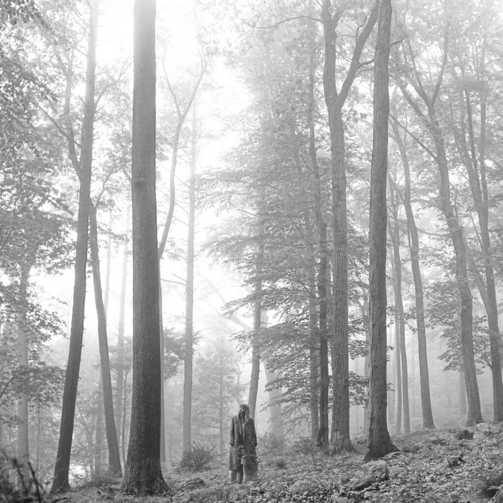 This article originally appeared in The Jesuit Post, a publication of America Media.

I’ve been feeling, shall we say, wistful lately. It’s 10:30 p.m., and I just opened a beer. I’m thinking about everything. The everything of today, with its pandemic, its confrontation with racism, its lack of leadership, certainty and direction. The everything of the past, with the reality of lost love, of easier times, of contrition for all the mean things I ever said to the girl who sat in front of me in fourth grade. The everything of the future, whether I’ll live to be 50 or 60 or 90, whether I’ll be happy as a priest, whether anything today will change for the better.

All of this—this beer, this nostalgia, this wishful thinking, this fear, this anticipation—is prompted by one thing: Taylor Swift’s newest album, “Folklore.”

Let this album make you feel something and, maybe, come alive again.

To be clear: I love both pop music and country music. Jessie J, Carly Rae Jepson, The 1975, and Justin Timberlake make my playlists. I know the words to many, many songs by George Strait, Vince Gill, Sara Evans, Rascal Flatts and Brad Paisley. By that record, it makes sense that I love Taylor Swift, who in her 14 years of making hit albums, has dominated both genres. And as a friend mentioned last night, Taylor Swift creates culture; she is not created by it.

Yet, it’s not my love of pop or country—not even my love of Taylor Swift—that makes me love what I hear on “Folklore.” Rather, it’s a love born out of a need for wistfulness during these difficult times, a need to feel remorse and longing, defiance and a sense of being utterly lost, a need to be found and a need to rediscover myself.

Taylor Swift creates culture; she is not created by it.

The album starts with surprising soul and less-than-subtle sadness. The opening track, “the 1,” embraces the self-transformation heartbreak can offer, but also the lingering sense of what could have been: “…if you never bleed, you’re never going to grow…but it would have been fun if you would’ve been the one…” In “cardigan,” we confront the reality that we use others, and have been used by others. In the Sufjan Stevens-esque “the last great american dynasty,” we feel with ferocity the pain of being cast as something different than how we see ourselves. In “exile,” a beautiful duet with Justin Vernon of Bon Iver (a fellow Wisconsinite), we are reminded that when relationships change, many things change with them, and sometimes with lightning speed, we can feel out of place. Closing this first movement of the album is “my tears ricochet,” which is a reminder that even in our pain, we are powerful. These first songs are rife with regret which, for me, serve as a welcome invitation to consider my own past mistakes.

“mirrorball” marks a shift in the record and sets a second movement. This time more centered around the theme of reclamation. There is an invitation to let go of old ways and chart a new path. In “august,” this involves accepting what wasn’t ultimately true about the past: “August slipped away like a bottle of wine, ‘cause you were never mine.” In “this is me trying,” she asks to be seen for who she is and what she’s working on: “I just wanted you to know that this is me trying.” And, in “illicit affairs,” a realization that old ways to find meaning and feeling don’t work anymore. Now is the time for something new: “And that’s the thing about illicit affairs…they lie and lie and lie a million little times…”

These songs are rife with regret which, for me, serve as a welcome invitation to consider my own past mistakes.

This exploration of regret and reclamation makes room for the final movement of the album as I see it: relinquishment and resolve. First, in “invisible string,” she sees that time has the power to heal, and something has bent her toward someone she didn’t realize she was connected to all along: “Time, wondrous time gave me the blues and then purple-pink skies…and isn’t it just so pretty to think all along there was some invisible string tying you to me?” In “mad woman,” she owns a certain part of herself and accepts that every challenge she faced wasn’t her own doing. She describes the relief that brings in “epiphany,” and in “betty,” learns to ask forgiveness for the things that she has done wrong: “The worst thing I ever did is what I did to you…but if I just showed up at your party, would you have me? Would you want me?”

Drawing the album near a close in “peace,” she names her own strength and hopes that it might be enough: “But I’m a fire and I’ll keep your brittle heart warm…would it be enough If I could never give you peace?” She knows in this song that she is a person in perpetual motion, a person for whom the ups and downs of life are inevitable, and a person who simply wants to be seen and loved. Who among us doesn’t want that? And finally, in “hoax,” she seems to be ready to accept the imperfection of life, and ask whether anyone will simply walk into that imperfection with her.

This album should—must—be remembered as something more than a quarantine project by a global superstar.

From regret to reclamation, relinquishment to resolve. There is a movement in this work that may be a projection on my part; it may be that my experience of this album is colored by what I needed at this very moment. But, isn’t that what great music does? It offers something to everyone, whether that something is clear and intended, or vague and misunderstood. One thing is for certain: this album should—must—be remembered as something more than a quarantine project by a global superstar with tremendous help from other musical powerhouses (The influence of Bon Iver, Jack Antonoff and Aaron Dessner influence is clear and palpable). Further, it’s more than Taylor Swift’s “indie” effort. It is, in a word, brave—it faces the tone of lament and longing heroically. Without resolving to a brighter, poppier version of the Taylor Swift we know, it leaves me with a sense of hope.

For my part, I’d pay attention to what Swift has called the “Teenage Love Triangle” songs: “cardigan,” “august” and “betty.” The sequence reveals yet again Swift’s ability as a masterful storyteller. Pay attention also to the geography of the lyrics, and use them to recall your own sacred places and haunted houses. Even ponder the album cover, which shows Swift standing minuscule in the midst of hundreds-of-years-old trees.

Ultimately, these aren’t anthems or sing-along-songs. These aren’t really tracks to be memorized in the way we might memorize “Love Story” or “Shake It Off.” In the midst of the hot summer, a terrible year, and so much uncertainty, I suggest that you let this album do something that transcends even Taylor Swift. Let it make you feel something and, maybe, come alive again. It is both an escape and a confrontation, and for that, will undoubtedly serve as a good guide for me these days.

Show Comments ()
Join the conversation: Login or create an account
Before you can comment, you need to update your profile to include your first and last name, as required in our comments policy. Then reload this page and you'll be set up for commenting. Update your profile
More: Music 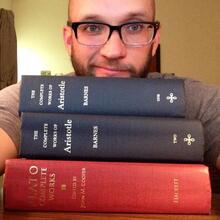