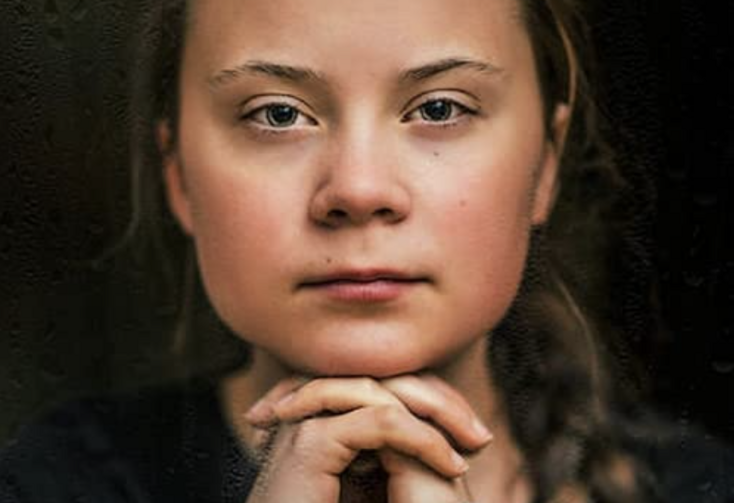 The frigid waters of the Atlantic spray against the sides of a sailboat making its way from the United Kingdom to New York City. It is not a simple nor an easy journey by any means, and it is occurring for reasons that affect every living being on the planet. A then-16-year-old Greta Thunberg sits between the white bulkheads of the boat as water slaps over the portholes above her. She cries. “It is such a responsibility. I don’t want to have to do all this. It’s too much for me. Around the clock,” she says. But she does it. Until the climate crisis is no more, she will continue this fight.

Hulu’s “I Am Greta” (2020) is a vital documentary because Greta Thunberg’s full-throttle commitment to speaking out for climate and environmental justice is vital. Greta is who she is and does what she does because she knows this. “It’s not that I should take the focus, because—that’s what’s so good about this movement, that everyone is equally contributing,” she explains. “Together, we can make a difference.”

“I Am Greta,” then, is about Greta at the same time that it is not. Footage follows her from her early post at the foot of the Swedish Riksdag, the national legislature of Sweden, where her famous “Skolstrejk för Klimatet” (“School strike for climate”) sign declares a campaign against carbon emissions and ecological destruction in fervid black letters, all the way to multiple appearances before the United Nations, various meetings with European parliaments and a handshake with Pope Francis. The film crew sits in on intimate moments; especially endearing are the many laughs and intense head-to-head exchanges she shares with her father, Svante, who packs cans of beans and bananas, knows when she is feeling off, puts the sheet on her train bunk and stays by her side—crossing borders and oceans in a living manifestation of accompaniment.

“I Am Greta” is a vital documentary because Greta Thunberg’s full-throttle commitment to speaking out for climate and environmental justice is vital.

Like the prophets in the Old Testament who rage against oppressive powers and injustice only to be met with relative silence, Greta asked “How dare you?” at the 2019 United Nations Climate Action Summit. “How dare you continue to look away?” To a youth who watches in despair and outrage as world powers and lifestyles continue to wreak disastrous consequences on the present and future of our planet, her words and her determination at the U.N. Climate Action Summit are life-giving, nourishing. Her labor for climate justice echoes a certain essence of the Jesus who cared for the living of the earth; the Jesus who healed and fed the many; the Jesus who revered the Scriptures that reveal that God loves his “very good” creation; and the Jesus who railed against greed and power that damage life:

People are suffering. People are dying. Entire ecosystems are collapsing. We are in the beginning of a mass extinction, and all you can talk about is money, and fairy tales of eternal economic growth. How dare you!

“The pope wants to meet you,” Greta is told in the film. “The entire Catholic world stands behind Greta.” She responds to this statement with a very skeptical eyebrow raise—does the entire Catholic world stand behind Greta? Vatican officials called her a “great witness” of church teaching on the environment and care for others. But another sentiment exists: “What does this do to assist in the salvation of souls?” someone asked in a recent tweet response to how the Diocese of Richmond is investing in solar energy.

When she was a child, Greta Thunberg learned about the climate crisis, and the anxiety and depression that followed were nearly catastrophic. She stopped eating. She stopped speaking. She almost starved to death, as she explains in the documentary. The destruction that humans were causing to the earth and to the future devastated her. And then, as a teenager, she got to work. What does the activist Greta Thunberg have to do with love? What does care for our common home have to do with salvation?

It is the same God “who made heaven and earth, the sea, and all that is in them; who keeps faith for ever; who executes justice for the oppressed; who gives food to the hungry” (Ps 146:6-7). It is the same God. The God who gives life, the God who sustains it. The God who cares about what happens here. “I Am Greta” is a hard cry, a good cry, a heartbroken cry, a rallying cry. What happens here, on this earth, matters, and Greta has opened her life and her arms wide to receive the many who will fight alongside her. Come feel the boat rock, how necessary the waves.