The deep spirituality of ‘Avatar: The Last Airbender’ 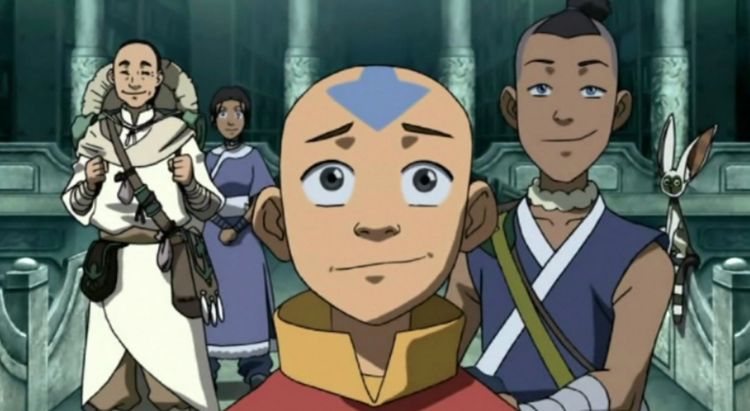 Aang is the 12-year-old Avatar, a reincarnated being with the power to bend all four elements, in "Avatar: The Last Airbender," a cartoon series that has gained new popularity on Netflix more than a decade after its initial release. (imdb)

The year 2008 was tumultuous for Americans. The stock market slumped and the housing bubble burst. The United States elected its first Black president. The first iPhones hit the market, set to change the way we communicate forever. The world seemed equal parts chaotic and hopeful: Economic devastation and social change left us feeling excited but scared, anxiously awaiting a stable new world.

Amid the upheaval, another great unveiling occurred. On the TV sets of children across the country, Nickelodeon aired the final episode of “Avatar: The Last Airbender.” Spanning three seasons and more than 60 episodes, “Avatar” is one of the most popular and nuanced children’s cartoons ever made. It takes place in a mythical world where four great nations of people telekinetically manipulate, or “bend,” each of the four elements. They are the Air Nomads, Water Tribes, Earth Kingdom and Fire Nation. As the introduction explains: “Long ago, the four nations lived together in harmony. Then, everything changed when the Fire Nation attacked.”

In the first episode, we are introduced to a world out of balance: The Air Nomads are all but extinct; the Fire Nation is engaged in a brutal war against the remaining Water Tribes and Earth Kingdom. The show focuses on Aang, the 12-year-old Avatar, a reincarnated being with the power to bend all four elements and the only hope for restoring peace. We follow Aang and his friends, Katara, Sokka and Toph, as they prepare for the ultimate battle with the Fire Nation. All hope rests on Aang’s ability to master all four elements before he must face the Fire Lord.

“Avatar” is one of the most popular and nuanced children’s cartoons ever made.

Much is at stake. Refugees and displaced peoples populate the imaginative world of “Avatar.” The looming threat of genocide and imperial oppression spurs the characters to action. The natural world is in danger of being destroyed. In short, this is not your average kids’ cartoon.

On May 15, 2020, “Avatar”was rereleased on Netflix and has remained in the top 10 shows on the streaming service since. Twelve years later, it seems that we, the kids and teens who grew up with “Avatar” and are now entering our 20s, are ready to revisit the show. What, if anything, has changed about us, about “Avatar,” about the themes and realities it presents us with? What is it about this moment (isolation, pandemic, protest, recession) that makes us want to reach back into our childhoods and live Aang’s story over again?

Rewatching “Avatar,” it is difficult not to see the connections between the show and ongoing discussions about the United States’ history of colonization and white nationalism. As the current Black Lives Matter movement reminds us once again, the United States was built upon the heinous enslavement of at least seven million people. To this day, the prison industrial complex and institutionalized racism have preserved that system of white supremacy. Indigenous peoples across the United States can and have attested to the fact that our nation only exists because of genocide, past and present. Against such a backdrop, the imperial impulses of the Fire Nation take on a particularly sobering tone. In the very first episode of “Avatar,” we learn that the Fire Nation committed genocide to drive the Air Nomads to extinction. Aang is the last survivor, spared because he had been lost in the frozen tundra for the past hundred years.

Later in the series, the gang stumbles across a Fire Nation prison camp in which Earth benders are exploited for their free labor. In the United States, a caveat to the 13th Amendment ensures that slave labor is still legal so long as it is carried out by our (disproportionately Black) prison inmates. “Avatar”might take place in a fantasy world, but our atrocities are nonfiction. And in our world, there is no Avatar to save us. But maybe we don’t need one. Despite Aang’s pacifist nature, “Avatar”is a show about active resistance to injustice.

Rewatching “Avatar,” it is difficult not to see the connections between the show and ongoing discussions about the United States’ history of colonization and white nationalism.

In the same way that BIPOC (Black, Indigenous and people of color) activists are leading the current movement for racial justice, Aang and Katara fight to liberate themselves and their communities. In some ways, it is depressing to rewatch “Avatar” while remembering its initial finale; in 2008, some naïve white commentators thought a Black president signaled the end of racism in the United States. In 2020, we know better. We watch Aang take up his staff against the Fire Nation once more, and we are similarly called to fight against injustice in our world. We begin our labors again.

But there are plenty of shows out there about justice and resistance. What is it about Aang and his flying bison named Appa that makes “Avatar”so popular right now, especially among young adults? It is not the occasionally subpar animation style or the folksy songs. Rather, it is the attention and honor it gives to the spiritual aspects of justice.

Aang’s physical journey to master the elements mirrors his spiritual journey toward enlightenment. The war against the Fire Nation is in many ways a spiritual war, as the protagonists struggle to restore the balance of the four elements. Similarly, in Hinduism and Buddhism, the four elements provide a spiritual basis for understanding. This spirituality is intentionally crafted by the creators of the show, who drew heavily from Shinto, Daoist, Buddhist and Hindu traditions while building the “Avatar”world.

At points, religiosity overtly affects the plotline of “Avatar.” In the final episodes of the first season, the yin-yang motif, represented in “Avatar” by two encircling koi fish, has direct repercussions on the battle of the Northern Water Tribe. The yin koi fish is killed by the Fire Nation, destroying the moon spirit and draining life from the Water Tribe. While this might sound like any fantasy plotline in any children’s show, it is actually drawn directly from Daoist spirituality.

In the Tao Te Ching (DaoDejing), Lao Tse (Lao Zi) describes the yin aspect, the intimate connection between the moon, water and receptivity. This yin aspect is mirrored by the yang aspect, which stands for action, earth and the sun. The circle symbolizes the connectedness of the two. In “Avatar,” the Fire Nation made a grave mistake when they destroyed the yin koi fish and the yin spirit; yin and yang only exist in relation, as a mutual whole. Without one, the other cannot exist. Aang is not just fighting a war against the Fire Nation; he is fighting to restore a spiritual balance in the world.

“Avatar” argues that justice cannot be brought about without attending also to spiritual imbalance.

At another moment in the later episodes of the second season, “Avatar”pulls from Hindu, Daoist and Buddhist concepts as Aang attempts to understand nonduality: the notion that division between body and soul, between you and I, between air and fire, are all arbitrary and illusory. In this episode, Aang sits atop a mountain and attempts to wrap his head around complex religious theories. Only in understanding nonduality can Aang access his full power, power needed to defeat the Fire Lord and extinguish injustice.

It is this sort of complex and nuanced spiritual system that makes “Avatar” unique. The show argues that justice cannot be brought about without attending also to spiritual imbalance. In Jesuit parlance, it advocates for cura personalis, care for the whole person, body and soul, spirit and mind. Justice for the body, peace for the soul. This is what makes “Avatar”unique. It informed a generation of viewers that enacting justice can be a deeply religious practice.Only in attending to his spiritual understanding can Aang defeat injustice.

But here is the kicker: That goes for us, too. Racism and injustice cannot be eradicated without deep and abiding changes of heart, without radical compassion for each other. Dr. Martin Luther King Jr. quoted the prophet Amos when he enjoined each of us to “Let justice roll down like water, and righteousness like an ever flowing stream.” As we advocate for an end to inequality in America, “Avatar” will continue to be relevant and instructive, not only as we discern how to take action but how to find balance in our actions. The yin and the yang.