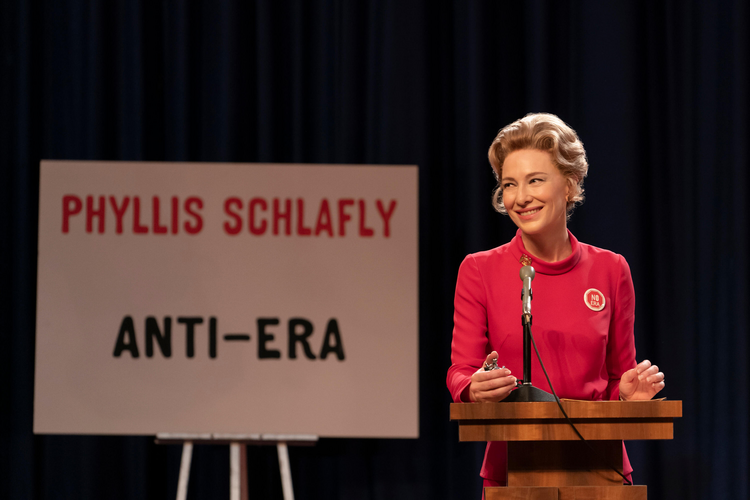 “Mrs. America,” which recently concluded on FX, is a drama that follows the 20th-century debate surrounding the Equal Rights Amendment, which would declare men and women as fundamentally the same in the eyes of the law. It tells the story of the proponents of the amendment: famous feminists like Gloria Steinem, Betty Friedan and Bella Abzug, who shaped the narrative of the second wave of the women’s rights movement.

These are the usual heroines in the stories of mainstream feminism, but in this drama, their narrative is told alongside a group of conservative housewives including Phyllis Schlafly, the self-proclaimed anti-feminist who led the grassroots campaign in the 1970s and early 1980s that many credit with halting the ratification of a constitutional amendment that had been approved by the U.S. Senate and House of Representatives and had been sent to all 50 states for ratification in 1972 (38 ratifying states were needed).

As a Catholic active in the growing pro-life feminist movement, I found myself fascinated and motivated by “Mrs. America.”

As a Catholic active in the growing pro-life feminist movement, I found myself fascinated and motivated by “Mrs. America.” But my fascination was not due to a portrayal of the liberation of women by the “great” Ms. Steinem, nor due to the mobilization of conservative women against “evil feminists.” In “Mrs. America” we are inspired by stories of women on both sides fighting for their rights in the best way they know how; but more importantly, the damaging insufficiencies of the women’s movement are made starkly obvious and, strangely, that gave me profound hope.

Despite the many female powerhouses portrayed in the series, perhaps one of the most important characters is Schlafly’s fictional right hand woman, the soft-spoken and unsure Alice Macray. Throughout the series, Alice fawns over Schlafly and idolizes her politics, but at the 1977 Women’s Convention on the E.R.A., Alice meets a variety of women and becomes sympathetic to the fundamental cause of feminism: to acknowledge and condemn inequalities against women. She challenges her companions’ assumptions that they should thwart every feminist effort and suggests that opposing efforts for employment rights and minority protections is “not Christian.”

Alice is entirely dismissed by her allies, clearly reflecting the polarized options in the women’s movement. This is still significant, because through her character, a pro-life Catholic woman is portrayed arguing for human rights, even when they are advocated for by her political opponents, without giving up her pro-life ethic.

This is a unique story in Hollywood, though it is the daily reality for Catholics who attempt to be active in a political sphere dominated by polarized parties that have left us and our values behind. Politicians building party platforms apparently believe that those of us who want to take every measure to protect human dignity without accepting the notion that abortion is a basic human right and contraception is good for women are a small and insignificant minority. And so we are left unrepresented and in an uncomfortable bind when it comes to voting. The stories portrayed in “Mrs. America” encourage Americans on both sides to recognize that there is a class of women who were not welcome in 1970s feminism, but also did not align with anti-feminist women.

Beneath the notion that abortion and contraception are fundamental rights is the principle that a woman’s body is inherently unequal because it cannot engage in sex without consequences. Hence, a feminist, as the second-wave movement crafted it, was required to support “reproductive health,” which cited abortion, contraception and sexual “freedom” as the woman’s path to liberation from her inherently oppressive body, suggesting that women cannot be truly free until they are free of their fertility.

Women who opposed abortion as a fundamental right were adamantly excluded from the mainstream feminist movement and instead joined forces with Shlafly’s “STOP ERA” and its affiliate organizations. These groups embraced women’s identities as homemakers and doting wives and suggested that women already had the freedom to do what they wanted. Shlafly and her supporters vehemently opposed everything the “libbers” supported, believing that “if you give the feminists an inch, they’ll take a mile.” The prevailing voices in this group refused to support employment rights for women, protections for single mothers and marriage as an equal partnership between husband and wife, because they felt these initiatives were unnecessary, and they did not want progressives to get their way.

Women who opposed abortion as a fundamental right were adamantly excluded from the mainstream feminist movement.

In “Mrs. America,” they proudly exclaim through perfectly lined lips that their husbands allow them to leave the house on their own and sweep evidence of abusive marriages under the rug. In an effort to build numbers at public events, they appeared to be tolerant of racist members, even if they bring their lethal racist narratives with them.

There was absolutely no place for the woman, working or not, who desired to rectify injustices against women and minorities while affirming the dignity of the unborn and promoting sexual integrity. No wonder St. John Paul II felt the need to write “Mulieris Dignitatem”in the 1980s, affirming the dignity of women in every capacity that they contribute to society. Mainstream politicians may not have read it, but the women who take his words to heart are alive and well, and ready to demand political representation. I wouldn’t call this group “moderate,” even though they hold beliefs on both sides of the party lines. I would say that they are the true revolutionaries, demanding an overhaul of the destructive understanding of the female body and the human person which led to oppressive patriarchal structures and violently nihilistic second-wave feminist solutions.

Despite my frustrations with the political structures that my feminist and pro-life forebears built, the power of art is such that in “Mrs. America,” we are sympathetically drawn to these characters’ stories and dilemmas, especially when they call attention to the challenges that we face today. As a woman who is dissatisfied and angry with the world that both Steinem and Schlafly left for me, I have been moved by the portrayals of women on both sides of the movement, and I hope that those who identify with either of them can also develop compassion for characters who oppose their views.

The power of art is such that we are sympathetically drawn to these characters’ stories and dilemmas.

Women who idolize Gloria Steinem can, if they try, find empathy with conservative women they viewed as enemies. Those who have renounced all forms of feminism can consider that perhaps the feminists who normalized abortion had good intentions in their hearts and actually won positive rights for all women that we would not otherwise enjoy. Women like me, who vehemently oppose abortion and all other forms of sexism, can sympathize with both sides, but this time, we start to wonder if maybe we are not such a small minority.

In episode eight of “Mrs. America,” about 20,000 women gather in support of the second wave of feminism, crying out against systemic injustices while demanding easy access to abortion. Another 20,000 gathered for a counter-rally, opposing rights for working women and battered wives, then demanding respect for motherhood and protection for the unborn as fundamental human values.

Both of these groups were fighting for something worthwhile, but they carried damaging philosophical flaws, and neither has seen the realization of the world they had envisioned for their daughters.

Our argument is strong, and it’s time for the Steinems and Schlaflys of the world to hear it.

After watching a fictionalization of all those women 50 years ago fight for their perception of women’s liberation, I couldn’t help but imagine what it would look like if 20,000 pro-life feminist women and men gathered and demanded infinite dignity for every member of our species, renouncing abortion, sexism, racism, police brutality, hate crimes, economic practices that demean the human person, and every other human rights atrocity that continues to plague our country and the world.

I had hoped to experience a glimmer of this when I attended the 2017 Women’s March. I was planning to find my way to a predetermined location where we could meet up with a pro-life feminist organization that had been denied partnership with the march. The crowd was too thick, so we never made it to the group, and instead we stood shoulder to shoulder among those who gathered to hear speakers such as Gloria Steinem and Cecile Richards.

As we all stood still, jammed in the human traffic, a man said to us, “It’s a good thing everyone here agrees on everything.” Little did he know that some friends and I had made a variety of pro-woman/pro-life signs the night before, but we were too afraid to bring them out of fear for our safety. Regardless, we held them high at the March for Life the next day, proclaiming our stance that we demand a pro-life movement that stands up for women and humans at all stages of life. Over the past four years, I think I have built up enough courage to do the same in the feminist movement, decrying the insufficient feminism we have been forced to put up with for the past 50 years.

This is not a niche position anymore. I don’t know if it ever was. There are many of us, and there is no reason for hopeless silence anymore. Our argument is strong, and it’s time for the Steinems and Schlaflys of the world to hear it. If we continue to speak, they will hear us, and perhaps one day, they will listen. 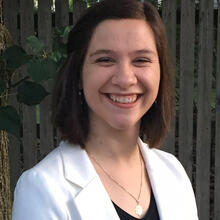 Christina O’Brien is a writer, teacher and performing artist from Washington, D.C. She is a monthly contributor for the Young Catholic Woman and she co-hosts a podcast called “A Place Within.” She holds degrees in dance, biology and education, and she will be studying Theology at the Augustine Institute in the fall.