Watch: A stay-at-home gala for the Metropolitan Opera 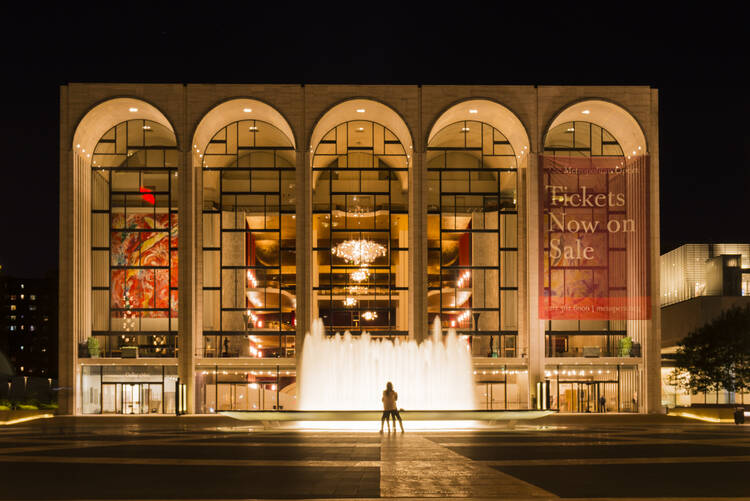 In early April, Peter Gelb, the general manager of the Metropolitan Opera in New York City, woke up in the middle of the night with an idea. The next morning, from his apartment in New York, he called his music director, Yannick Nézet-Séguin, in Montreal. Only weeks before, on March 19, in response to the Covid-19 pandemic, Gelb had announced the cancellation of the rest of the Met’s season, with a likely loss of $60 million. His idea now, to which Nézet-Séguin immediately agreed, was to keep opera before the public by mounting a virtual, at-home gala. Within 48 hours the basic plan for the event was complete and a majority of the more than 40 artists who would be involved had signed on.

Two weeks later, on April 25, the house’s first virtual gala was held with 33 live and seven pre-recorded performances live-streamed for more than four hours. (Opera galas are always lengthy affairs.) Attendance peaked at about 300,000 viewers in 162 countries over nine time zones that Saturday and reached 750,000 by Sunday night. It raised $1.5 million in small donations and another $1.5 million from large sponsors. The total cost was under $100,000, and with but a few glitches, the production went off wonderfully well. Remembering this remarkable event is all the more moving now that the Met has had to also cancel its fall season.

(Editor’s note: While the full program is not available on demand, the event will be rebroadcast on June 12 and 13 at 7:30 p.m. at metopera.org. Many of the individual performances can also be found on Youtube.)

The program in April opened with Peter Mattei singing the “Serenade” from “Don Giovanni” from his home outside Stockholm, using a smartphone and accompanied by a friend on accordion rather than the usual mandolin. It ended with Anna Netrebko gorgeously singing a Rachmaninoff romance, “Do not sing for me fair maiden,” recorded in Vienna. In between, with singers charmingly passing off their contributions to the next in line, there was simply one musical marvel after another.

Mattei, for example, passed the scene to tenor Roberto Alagna and his soprano wife Aleksandra Kurzak in Le Raincy, France, who offered a delightfully hammed-up version of “Caro Elisir” from Donizetti’s “L’Elisir d’Amore.” Other married couples performing included baritone Etienne Dupuis and soprano Nicole Car in a duet from Massenet’s “Thaïs” (from Paris) and tenor Stephen Costello and his wife, Met violinist Yoon Kwon, in an aria from Gounod’s “Faust” (from New York). From Orange in southern France, Nicolas Testé as Don Giovanni and Diana Damrau as Zerlina sang “Là ci darem la mano” (“Give me your hand”) from the Mozart masterpiece.

Renée Fleming gave a deeply affecting rendition of Desdemona’s “Ave Maria” from “Otello,” one of the signature roles of her great career.

Early in the program, from her home in Virginia, Renée Fleming gave a deeply affecting rendition of Desdemona’s “Ave Maria” from “Otello,” one of the signature roles of her great career. (I wondered whether the singer or her audience was more moved.) Also from home (in New Haven, Conn., and bidding to steal the show, Erin Morley accompanied herself on the piano while singing the rousing “Chacun le sait” from Donizetti’s “The Daughter of the Regiment.” (She chose the piece, she said, because it is all about the character’s pride in her regiment and Morley’s own pride in her Met family.) From her house in Baton Rouge, La., the young soprano Lisette Oropesa’s coloratura was astonishing in “En vain, j’espère” from Meyerbeer’s “Robert le Diable.”

Several great voices offered lovely songs that were not strictly operatic but added a deeply felt tone to the production. From his home in Wales, the great bass-baritone Bryn Terfel, with his wife Hannah Stone, a harpist, sang a favorite Welsh tune, “If I can help somebody.” From his home in Pelham, N.Y., and also accompanying himself on the piano, Matthew Polenzani wrapped his warm tenor around the Londonderry Air, to happy applause at the end from his family. And Isabel Leonard must have stunned Stephen Sondheim with her gorgeous mezzo rendition of “Somewhere” from “West Side Story.”

Part of the pleasure of the afternoon was the relaxed manner of the artists and the easy dress code.

Part of the pleasure of the afternoon was the relaxed manner of the artists and the easy dress code. Jonas Kaufmann, in a sweater and jeans in Munich, lent his unequaled tenor to “Rachel, quand du Seigneur” from Halévy’s “La Juive,” while soprano Sonya Yoncheva in Geneva, wore formal white and black and dazzled in her rendition of “Song to the Moon” from Dvořák’s “Rusalka.” The audience was also treated to views of the artists’ homes (or studios). Leonard sang next to a piano covered with family pictures. Michael Volle in Berlin sang “The Evening Star” from “Tannhäuser” with a reproduction of Fra Angelico’s finest “Annunciation” on the wall behind him. Joseph Calleja in Malta sang “Ah, lève-toi soleil” from Gounod’s “Romeo et Juliette” with a serious fish tank in the room. In Dresden, the great German bass René Pape sang “In diesen heil’gen Hallen,” Sarastro’s Act II aria from “The Magic Flute,” accompanied by one of the tiny René Pape duck figurines sold on his website. And in Atlanta, the mezzo-soprano Jamie Barton was formidable in “O don fatale” from Verdi’s “Don Carlo,” her collection of Harry Potter books clearly on view behind her.

Sublime is the only word for a special tribute to Vincent Lionti that came early in the program. Lionti was a beloved member of the Met Orchestra’s viola section who had died of the coronavirus on April 4. In his memory, Joyce DiDonato exquisitely sang “Ombra mai fù” from Handel’s “Serse” (prerecorded in Spain), with the seven remaining violinists playing in their New York homes. The music could not have been more beautiful, and the combined sense of love and loss raced to the heart.

Sublime is the only word for a special tribute to Vincent Lionti that came early in the program.

There were only a few voices I missed. Christine Goerke, for example, whose grand Wagnerian soprano was just too big for a cellphone. But there were more thrilling moments that I have not been able to mention here. The ardent tenor Piotr Beczala, for example—from a Polish village “at the end of the earth,” as he said—singing “Recondita armonia” (on “the concealed harmony of contrasting beauties”) from “Tosca.” Or the dramatic mezzo Elina Garanca, in Riga, Latvia, singing a smoldering “Habanera” from “Carmen” and winking at us at the end.

And then there was the incomparable Met Orchestra. Early in the program, with each member at home, the orchestra offered a mellow version of the famed “Intermezzo” from Mascagni’s “Cavalleria Rusticana.” Later came a rousing rendition of the Prelude to Act III of “Lohengrin.” And then still later, in for me the most emotional moment in the entire gala, the orchestra was joined by the fabled Met chorus in a pre-recorded performance of “Va, pensiero” from Verdi’s early 1841 opera “Nabucco.” The musicians and chorus members performed individually at home, listening to their colleagues through headphones, with Yannick Nézet-Séguin at the center of the screen conducting them.

“Va, pensiero,” often thought of as the unofficial Italian national anthem, is known as the “Chorus of the Hebrew Slaves.” Singing of the Hebrews under captivity in Babylon longing to return to their homeland, it begins:

Fly, my thoughts, on wings of gold; go settle upon the slopes and the hills, where, soft and mild, the sweet airs of my native land smell fragrant!

Mindful of the fate of Solomon's temple, Let me cry out with sad lamentation, or else may the Lord strengthen me to bear these sufferings!

Could there have been more than a handful in the gala’s audience who did not hear an echo of our shared plight in this terrible time?

The harrowing story of French nuns killed by the guillotine returns to the Metropolitan Opera
Leo J. O’Donovan, S.J.

Saying goodbye to a master: a virtual visit to Gerhard Richter at the Met Breuer
Leo J. O’Donovan, S.J.

Equally moving was the symbolism of the many musicians and singers under their director separated physically but united in marvelous music-making. You felt hope for home, hope for community again, leaping from the screen to your heart. As Timothy Radcliffe, O.P., has written, “music has an ability to express a hope beyond our words.”

What is that hope? The community of separated and yet united musicians gives the clue. A clue offered by all the arts, in fact, but here in a special way by music—the art toward whose condition, as Walter Pater said, all arts aspire. It is a hope of coming together again as one, newly aware not only of our interdependence but of the immense dignity of sharing our human condition and being called to a mutual and not infrequently self-sacrificing love, a love ultimately created and redeemed by the Holy Mystery who moves the sun and the stars.

It is not only opera whose rebirth we long for. It is for our own.