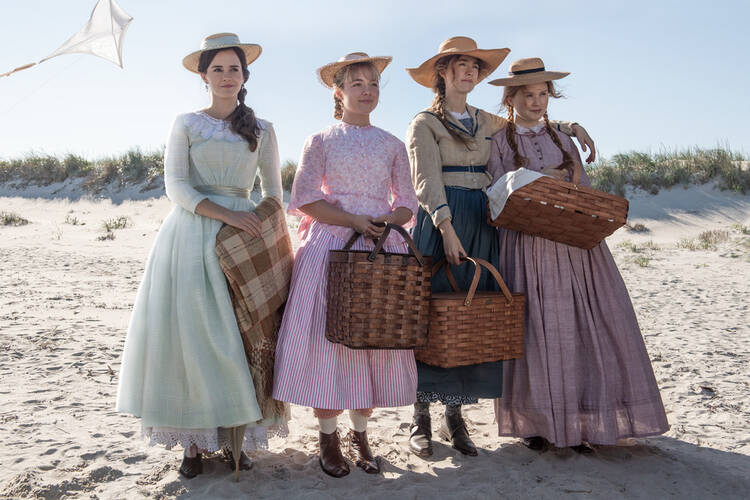 Little Women has been adapted over and over again for radio, television and the stage (photo: IMDB).

Everyone knows the story of Little Women: the four March sisters grow up in 1860s Massachusetts, experience life’s joys and sorrows, love and lose, learn lessons. The book is an American classic (it’s never been out of print since its release in 1868) and has been adapted over and over again for radio, television and the stage. In the past century, there have been seven film adaptations alone.

Knowing this, you might have rolled your eyes when you heard that another film adaptation was headed for theaters. What could the world possibly gain from yet another “Little Women”movie, especially when several of them (starring, for instance, Katharine Hepburn or Winona Ryder) have been particularly good?

‘Little Women’ does not shy away from questions of mortality.

As it turns out, plenty. Released in 2019 on Christmas Day, writer-director Greta Gerwig’s “Little Women” has been feted and acclaimed  the world over (including by this magazine) and was nominated for six Oscars (including Best Picture, a rare honor for a PG-rated film).

But accolades aside, what truly sets this “Little Women” apart is its unconventional mode of storytelling. Unlike any of the other film adaptations, Gerwig’s begins nearly at the end of the novel and jumps between two storylines, seven years apart. Though the March sisters are bound by time, we, the viewers, are not, and we zoom in and out of their story. This sense of being unbound by time lets the story take on something new, revealing themes and meanings unique to this interpretation.

Characters appear alive onscreen just moments after they have passed away.

As a fiction writer, I can tell you that writing a nonlinear narrative is difficult. Pulling it off as Gerwig has done is extraordinary. Gerwig switches between past and present 41 times (yes, I counted), weaving together childhood and adulthood in a seamless, riveting narrative. (One is tempted to imagine Gerwig hunched on the floor like Jo in the movie’s pivotal scene, rearranging hundreds of handwritten pages spread out before her.)

The effect of this unusual chronology is that of watching time run backward. Wizened great-aunts grow young again. Far-flung siblings cross continents and draw near. Jo, the heroine, falls asleep on a train as an adult and wakes up as a child on Christmas morning. Most strikingly of all, characters appear alive onscreen just moments after they have passed away.

By connecting these disparate moments in time, Gerwig reminds us that to be eternal means existing not for a very long time, but in a state of timelessness, set free from the constraints of time and its consequent death and decay. The church, too, frees us from time, connecting us to the communion of the saints and bridging the chasm of death.

Gerwig reminds us that to be eternal means existing in a state of timelessness, set free from the constraints of time and its consequent death and decay.

Gerwig’s “Little Women” does not shy away from questions of mortality. On a visit to the sea, Beth admits to Jo that she knows her long illness will soon end her life. “It’s like the tide going out,” Beth says. “It goes out slowly, but it can’t be stopped.” Beth, more than anyone, knows what it means to be bound by time.

And yet, Beth faces her end with bravery. “I’ve had a lot of time to think about it,” she says, “and I’m not afraid.”

Perhaps this is why it’s so stirring when, in the film, immediately after Beth dies and is buried, Gerwig cuts back in time to young Jo watching Beth alive in the backyard, newly recovered from her first illness, lit by golden light. If it sounds like I am describing a resurrection, it should. This cinematic shift from death to life reminds us that death, despite its inevitability, is not permanent. It’s as temporary as falling asleep on a train.

Louisa May Alcott, the author of Little Women, was well-acquainted with the inevitability of death. Alcott served as a nurse during the Civil War, and her own younger sister, Elizabeth, thought to be the inspiration for Beth March, died at 22. But despite this—or perhaps because of it—we hear notes of resurrection in Beth’s death scene in the book. “I’m sure I shall be your Beth still,” she tells Jo, “to love and help you more than ever.” After Elizabeth’s death, Louisa herself noted in her journal that her sister “seems nearer and dearer than before.”

Death is not the end. We feel this, seeing young Beth arrange flowers a moment after grownup Beth is put into the ground. We feel this, watching Jo fall asleep a burdened woman and wake up a carefree girl. We feel this, nearing our Lenten journeys, anticipating the day that has no evening. 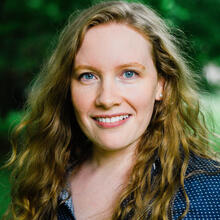 Elyse Durham is a fiction writer and journalist from Detroit. Her work has appeared in Christianity Today, The Cincinnati Review, and Bearings Online. She is currently a student at the MFA Program for Writers at Warren Wilson College.

@durham_elyse
Show Comments ()
Join the conversation: Login or create an account
Before you can comment, you need to update your profile to include your first and last name, as required in our comments policy. Then reload this page and you'll be set up for commenting. Update your profile
Show Comments ()
Comments are automatically closed two weeks after an article's initial publication. See our comments policy for more.