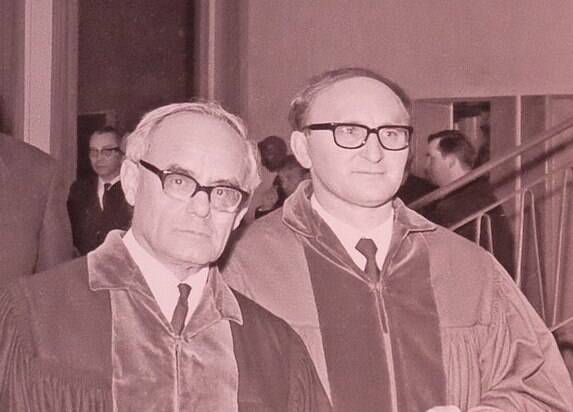 In the last desperate weeks of World War II in Germany, a 16-year-old soldier was sent by his commanding officer to the rear with a message for headquarters. When he returned, he found the other members of his unit, all as young as he, dead, wiped out in a sudden air and armored assault.

“Now,” he remembered, “I could only see dead and empty faces, where the day before I had shared childhood fears and laughter. I remember nothing but a wordless cry. This is how I see myself to this very day, and behind this memory all of my childhood dreams crumble away…. What would happen if one took this sort of thing not to the psychologist but into the church, and if one would not allow oneself to be talked out of such unreconciled memories even by theology, but rather wanted to have faith with them, and with them to speak about God?”

Political theology was a prophetic protest against the privatization of Christian faith: the reduction of its scope to one’s relationship to God and one-on-one ethical behavior towards others.

This young man was Johann Baptist Metz, and he went on to do just this, becoming in the process a trail-blazing theologian for an age in which memories like these have become far too common and, what is worse, met with ever greater indifference. He died on December 2 at the age of 91.

Metz (Baptist to his friends) was born in Auerbach, in northeast Bavaria, on August 5, 1928. It was a small, Catholic town, not yet touched by the processes of secularization at work in the rest of Europe. As he once wrote: “One comes from far away when one comes from there. It is as if one were born not 50 years ago, but somewhere along the receding edges of the Middle Ages.”

While the town was very Catholic, he did not remember his family being particularly pious—he once joked that of all the seminarians studying with him when he started in Bamberg, he was the only one who had not been an altar boy. His schooling was interrupted when he was forced into the Wehrmacht. And after the attack on his unit, he was captured and spent seven months in POW camps on the East Coast of the United States (and so he spoke English with a distinctly American accent).

Sent back to Germany, he finished his final two years of Gymnasium (high school) in one year and entered the diocesan seminary in Bamberg. His bishop had intended to send him to Rome for further training, but Metz persuaded him to send him to the recently refounded Jesuit seminary in Innsbruck instead, because he had been impressed by reading some writings by one of its faculty—Karl Rahner, S.J., one of the most important Catholic theologians of the twentieth century, who became a key theological advisor at Vatican II. In Innsbruck he earned a doctorate in philosophy and then in theology. He was ordained a priest in 1954.

During his years at Innsbruck he became Rahner’s student, friend and later, collaborator. Rahner left a deep and enduring impact on the young theologian-in-training, an impact that went far beyond the academic: Metz called him simply, “my father in faith.” Even though his theology took a different direction than his teacher’s after 1963, Metz always referred to him as his principal theological inspiration.

Like so many of his generation, he took as his theological labor interpreting and promoting the theological riches of Vatican II. Along with Rahner, Edward Schillebeeckx, O. P., and others, he was a cofounder of the journal, Concilium, which had this purpose.

For him, in particular, this work meant helping the Catholic Church make the transition from the seamlessly Catholic world of Auerbach to the techno-scientific, multicultural, religiously pluralistic and often secularized world of today. In the 1960’s he became one of the founders, along with Jürgen Moltmann and Dorothee Sölle, of a theological approach called “political theology,” which he himself named the new political theology, in order to distinguish it from the work of Nazi legal theorist, Carl Schmitt.

Political theology was a prophetic protest against the privatization of Christian faith: the reduction of its scope to one’s relationship to God and one-on-one ethical behavior towards others. For Metz, religion in general and Christianity in particular, is inherently political.

So too is Christian theology. Christianity’s privatization, Metz warned, is a principal way that it has been domesticated in the modern world, with the church too often going along, explicitly or tacitly. Yet Christian faith was not for him simply a source of meaning or a social glue in society; it was not a kind of sacred canopy, as sociologist Peter Berger once put it, a religious authorization or echo of what is going on in society anyway.

Religion is, rather, for Metz, provocative and interruptive. It breaks through our self-reliance and self-satisfaction, attitudes often purchased at the cost of ignoring the suffering of those put on the margins of society or who had been left beaten on the side of the road in its march of progress.

Remembering them is dangerous, but these dangerous memories are liberating. And they are ultimately sustained by the dangerous memory of Jesus Christ, who died and was raised by the God of the living and of the dead. It is a memory that can give rise to great hope, but only if it is put into practice, a “combative hope,” as Pope Francis puts it.

Metz followed these insights with thoroughness and integrity, realizing that for a German the dangerous memory above all others had to be the memory of the Jews and the fate they suffered under the Third Reich. He will be remembered for insisting that Christian identity, “after Auschwitz,” can only be reconstructed and saved together with the Jews and by retrieving the lost or suppressed roots of Christian faith in Judaism.

He will also be remembered for insisting on the importance of spirituality, not only for Christian faith, but for theology itself. One of his early writings, Poverty of Spirit¸ a spiritual classic, is still in print over 50 years after its publication in 1963. He wrote compellingly about the contribution of religious orders in the church, and recently he wrote of the importance of a “mysticism of open eyes,” open to the suffering of others. He mourned the ways that the church has itself created victims but confessed as well that he knew of no way that a genuinely Christian hope could be sustained in today’s culture without an institutional bearer that would stand up for it and represent it. His was not an “easy” or “comforting” theology; but one that provoked, inspired, gave hope.

It is fitting that Metz died on Dec. 2, the 39th anniversary of the murder of four U.S. women missionaries by a terrorist government in El Salvador. For Metz, both faith and theology only achieve their full stature in solidarity with victims and as witnesses to hope against hope. Likewise, it is fitting that he died at the beginning of Advent, the season of hope.

No one interested in the political dimension of Christian faith in the 21st century will be able to ignore Metz's work, or the spirit out of which he did it.

He took his definition of theology not from Anselm’s “faith seeking understanding,” but from the first letter of Peter: “Always be ready to make your defense to anyone who demands from you an accounting of the hope that is in you” (I Pt 3:15).

If Dietrich Bonhoeffer warned against the dangers of cheap grace, perhaps Metz will be remembered for his prophetic warnings against cheap hope: the thin hopes of a consumer culture that, Metz complained, has even abandoned its secular heritage from the Enlightenment of hoping for freedom, equality and fraternity for all humankind.

But he also warned against the narrow Christian hope of one’s individual survival after death. Neither will ultimately console. 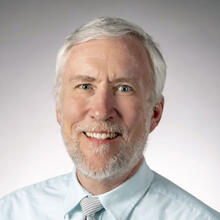 Matthew Ashley is associate professor of systematic theology at the University of Notre Dame. He has written one book on Metz's theology and translated four books of Metz's, including Faith in History and Society.