On a Circus Elephant

The master of the ring may call it great,
Promising bumbling clowns, a fearsome cat,
And high wire walkers who defy their fate.
For most there, though, the circus thrills fall flat.

A sequined girl looks sick on her cerceau,
While an illusionist tugs scarves and flowers
From the frayed jacket where they’re kept in stow,
Until the children tire of his powers.

And, in the sagging grandstand, darting bees
Mount raids on snow cones and spilled caramel corn.
A bawling infant soils its mother’s knees.
The mingling harlequin has lost his horn.

But then they come, the slow gray monoliths.
Heavy of foot they are, and silent, ridden
Each by high-feathered reinas sprung from myths
To charm such giants to do as they’re bidden.

Drawn back on hind legs, trunks raised up to God,
They seem contemptuous of all applause,
Confessing ancient knowledge, with each nod,
Of what the earth commands from its deep laws.

Yes, all will see, now, some magnificence
As sovereign and dark as a storm cloud,
Even the coarse of mind and dull of sense
Who constitute the pierced and tattooed crowd.

And somewhere on the upper benches, there,
Undersized in his cutoff denim shorts,
Eyes weepy from hay fever, thick red hair
Matted with sweat, and knuckles scarred by warts,

A boy stares down on this strange spectacle
And feels it pull him from the life he’s known,
To learn its tented secrets, give up all,
And journey, he alone, to the alone. 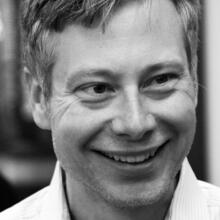 James Matthew Wilson is a past runner-up for the Foley poetry contest and the author of nine books, including The River of the Immaculate Conception (Wiseblood, 2019).