The gift of reading: ‘it consoles, it distracts, it excites’ 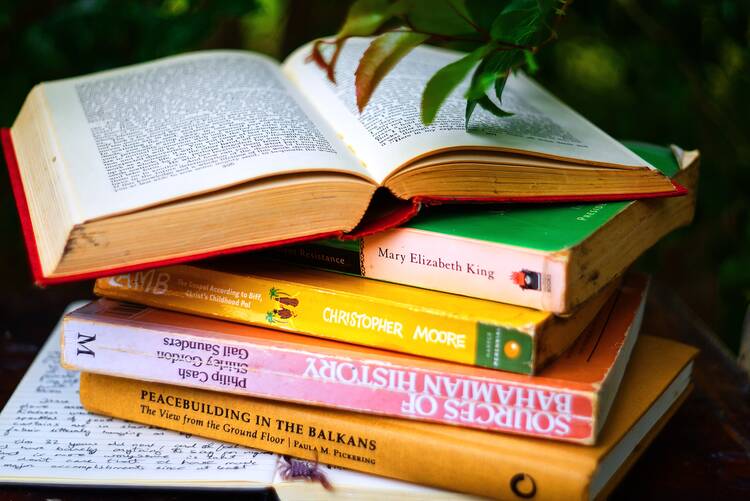 Photo by Gregory Culmer on Unsplash

George W. Hunt, S.J., served as editor in chief of America from 1984 until 1998. A literary scholar who specialized in the work of John Cheever and John Updike, he often used his weekly column to report on books he was reading or new authors he had discovered. Books about books were of special interest to him and so, in his honor, for this fall literary review, we reprint this Of Many Things column from Feb. 20, 1993.

The speaker is John Cheever, and his remarks are captured in a delightful diversion for gloomy winter days, entitled The Writer’s Chapbook, edited by George Plimpton. This chapbook is a compendium of observations from our century’s greatest literary artists, culled from interviews with over 200 of them and originally published in The Paris Review. It is organized under specific headings, such as Style, Plot, Character, Symbols, Critics, Editors, Writer’s Block, Films and so on, wherein each topic is personally addressed in refreshing and often startling ways.

For example, we learn under the heading “Work Habits” that Ernest Hemingway rose at dawn to write, James Baldwin waited until the quietest hour of the night, Truman Capote and Evelyn Waugh often wrote in bed. Robert Frost would take off his shoe and use its sole for a desk and William Kennedy composed so many re-writes of his novel Legs that they eventually stacked up to match the height of his six-year-old son. Some more examples:

On Early Literary Inspirations: “I always say Hemingway, because he taught me how sentences worked. When I was fifteen or sixteen I would type out his stories to see how the sentences worked.” – Joan Didion.

“You know what made me want to become a journalist? Reading Evelyn Waugh’s Scoop when I was about eleven. Enough to make anyone want to be a journalist!” – Nadine Gordimer.

“As a writer I learned from Charlie Chaplin. Let’s say the rhythm, the snap of comedy; the reserved comic presence—that beautiful distancing; the funny with sad; the surprise of surprise.” – Bernard Malamud.

On Creating Characters: “Ends always give me trouble. Characters run away from you, and so won’t fit on to what’s coming.” – E. M. Forster.

“It was not [E. M. Forster] who fathered that trite little whimsy about characters getting out of hand; it’s as old as the quills, although of course one sympathizes with his people if they try to wriggle out of that trip to India or wherever he takes them. My characters are galley slaves.” – Vladimir Nabokov.

“If I explained how [the process of turning a real-life character into a fictional one] is sometimes done, it would be a handbook for libel lawyers.” – Ernest Hemingway.

On the Audience: “As I write I think about Auden, what he would say—would he find it rubbish or kind of entertaining? Auden and Orwell.” – Joseph Brodsky.

“The ideal reader of my novels is a lapsed Catholic and failed musician, colorblind, authorially biased, who has read the books I have read.” – Anthony Burgess.

“I occasionally have an anti-Roth reader in mind. I think, ‘How is he going to hate this!’ That can just be the encouragement I need.” – Philip Roth.

“When I write, I aim in my mind not toward New York but toward a vague spot a little to the east of Kansas. I think of the books on library shelves, without their jackets, years old, and a countryish teenage boy finding them, and having them speak to him.” – John Updike.

On Humor: “Make the reader laugh and he will think you a trivial fellow, but bore him the right way and your reputation is assured.” – Somerset Maugham.

“If you can make a reader laugh, he is apt to get careless and go on reading. So you as the writer get a chance to get something on him.” – Henry Green.

These wonderful, random selections confirm Elizabeth Hardwick’s comment that “the greatest gift is the passion for reading. It is cheap, it consoles, it distracts, it excites, it gives you knowledge of the world and experience of a wide kind. It is a moral illumination.”