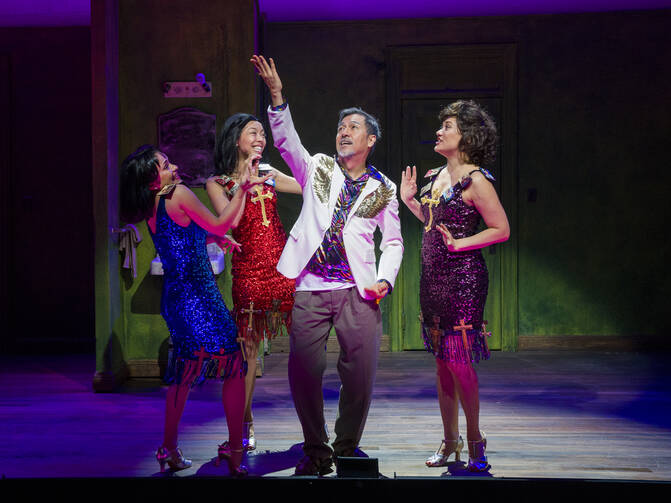 In her best-selling book Going Within: A Guide for Inner Transformation, the actress Shirley MacLaine describes how the work of Filipino spiritual healer Alex Orbito reinvigorated her and brought her a new sense of what being healthy could mean. The book, published in 1989, became an international sensation and helped put Orbito on the map. As spiritual healing reached the mainstream, debunkers and skeptics wondered how these “psychic surgeries,” in which the healer invokes various saints, the Virgin Mary and Jesus as he removes impurities and tumors from the patient’s body in a scarless, almost bloodless surgery done entirely by hand, actually worked.

Not even MacLaine herself understood the process, writing that for what it was worth, the most important thing she learned from Orbito was that “the primary mission of spiritual healing is not the elimination of physical ailments, but to promote inner awareness, a sense of spiritual attachment, and a personal fellowship with God.”

That very concept is at the center of the new musical “Felix Starro,” at Theater Row in New York through Sept. 21. The lyricist and book writer Jessica Hagedorn and composer Fabián Obispo take Lysley Tenorio’s short story about an Orbito-like figure trying to find relevance among Filipino immigrants in 1985 San Francisco and use it to explore the meaning of faith and the experience of Filipino immigrants in the United States.

Rather than being a condemnation of a polemic figure, it is a musical steeped in the search for forgiveness.

In an interview, Hagedorn referred to herself as a “reluctant immigrant,” explaining that she was forced by her mother to leave the Philippines behind at age 14, while Obispo arrived in the United States by himself as a 27-year-old and struggled with the idea of having a “better life here or going back to my country.” In the musical, the composer and lyricist have found the perfect symbiosis, as they are allowed to explore profound human situations through an eclectic score—“rock-oriented” with “a little bit of Sondheim,” explains Obispo.

When we meet the titular protagonist, played by Alan Ariano, he is at a crossroads. He is no longer popular in his country and has decided that America might be his only chance at making some money. He is joined by his grandson, Junior (Nacho Tambunting), who unbeknownst to him has planned to stay in San Francisco after their healing tour is over. Living somewhere between charlatan and miracle-maker, Starro’s ambiguity and self-doubt proved a dream role for Ariano, who tells me, “at one time I couldn’t do any wrong, I kept being booked and turned things down, but as you get older things change. I’m no longer a chorus boy.”

Watching Ariano onstage, you cannot help but feel like you are in the presence of something from another era. “I drew from my grandmother and people in my family who have this old world flair,” says Hagedorn, who compares Ariano’s work to Laurence Olivier in “The Entertainer” or Burt Lancaster in “Elmer Gantry.” For Ariano, the character provides the opportunity to remind Americans that Filipinos exist. “I’m always seen for Japanese, Thai, Chinese and even Hispanic parts,” he says. Felix Starro is his first Filipino character.

During one of the most stunning scenes in the show, oversized versions of the Santo Niño de Cebú take the stage appearing almost as chorus girls sent to torture the troubled Felix’s dreams.

It is also the very first Filipino-American musical produced in the United States.

The Philippines has the fourth-largest population of Catholics in the world, and 65 percent of Filipino-Americans identify as Catholic. For many in this population, seeing a musical with a leading character who sincerely quotes St. Lidwina and the Archangel Raphael must seem surreal. In fact, during one of the most stunning scenes in the show, oversized versions of the Santo Niño de Cebú take the stage appearing almost as chorus girls sent to torture the troubled Felix’s dreams. The show’s cultural specificity is its greatest strength.

Ariano arrived in the United States at age 6. Although he was raised Catholic in the Philippines, he has become laxer in his views of spirituality. “I believe if I pray to God in a corner he listens to me,” he says, adding that “I’m spiritual but not in the way my mother would like me to be.” Hagedorn attended a convent school where she quickly became the black sheep for daring to question scripture. “Is this apple real or is this a metaphor?” she would ask. Obispo remains faithful. “When I arrived here I lived by St. Patrick’s Cathedral and used to go religiously every Sunday, but not anymore,” he says. These days he attends High Mass at an Episcopalian church, the closest he has found to feeling home again.

Neither of them can divorce Catholicism from their creative careers. Obispo was an altar boy for a decade and used to pump the organ for his mother, who was a singer in church. “Most of my choral music is very religious. You can hear a little bit of it in this musical,” he says. While Hagedorn describes going to church as the “first theatrical experience” of her life, she says that “once you’re steeped in the church you always, as an artist, find the rituals in your body.”

That sentiment explains not only the solemnity of “Felix Starro,” but also its compassion. Rather than being a condemnation of a polemic figure, it is a musical steeped in the search for forgiveness.

In 2005, Alex Orbito was charged with fraud and possession of proceeds of a crime after Toronto police discovered that he had raised $80,000 in the span of three days. Like the protagonist of the musical, what surprises is not the arrest, but that people kept coming to see him after decades of being debunked.

“Felix Starro” is not a musical seeking to explain religion as much as it is capturing the essence of a connection to the divine. As Felix himself sings, “If you have faith it must be true. It will be true.” 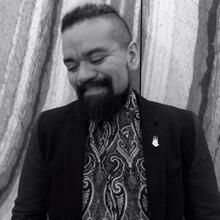