Toni Morrison made living in this world more bearable 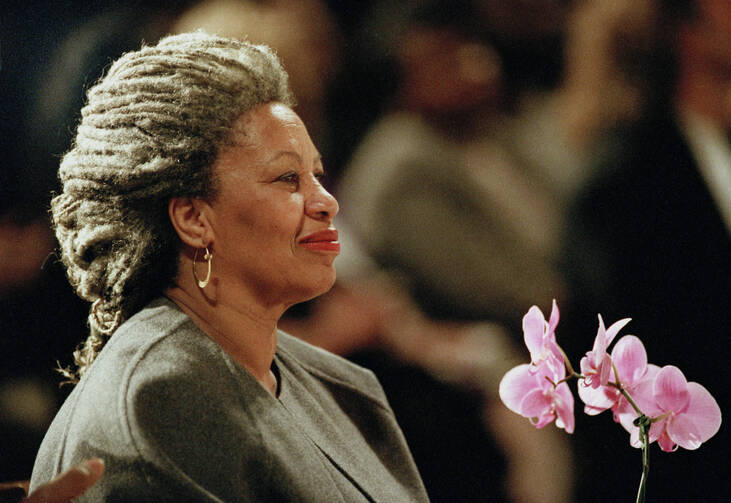 In this April 5, 1994 file photo, Toni Morrison as she holds an orchid at the Cathedral of St. John the Divine in New York. The Nobel Prize-winning author has died. Publisher Alfred A. Knopf says Morrison died Monday, Aug. 5, 2019 at Montefiore Medical Center in New York. She was 88. (AP Photo/Kathy Willens, File)

When I learned today that the Nobel laureate Toni Morrison died at the age of 88, I was more devastated than I had expected to be. Her presence in this world seemed to make everything our society is enduring a bit more bearable.

Today, it all seems that much harder.

While there are others who are more fluent in her work than I am, she had a profound influence on me. Toni Morrison’s work conveyed the pain, sacrifice and trauma that exemplifies so much of the African-American experience—Eva’s sacrifice of her leg in Sula, the pain of racism that gives way to self-loathing in The Bluest Eye, and the violent trauma of slavery in Beloved, a trauma so painful that a mother would murder her child rather than consign her to such a fate.

In 1993, Morrison became the first black woman to win a Nobel Prize in any category. More than 25 years later, she remains the only black woman to win the literature prize and the only African-American woman to have won a Nobel regardless of category. Before #RepresentationMatters became a part of our lexicon, Morrison’s work provided black people, especially black women, with representation. As an editor, she amplified the voices of writers like Wole Soyinka, Toni Cade Bambara, Angela Davis and Gayl Jones. As a writer, her novels allowed African-Americans to see themselves and their experiences reflected in literature and to see how those experiences could be celebrated and appreciated at the highest levels.

The way she addressed the themes of race and racism in the African-American experience has influenced how I live my life and choose to be in the world as well as my work on systemic racism in the Catholic Church and its impact on black Catholic identity. Morrison once described the function of racism as “distraction”:

In television interviews—notably with white interviewers—she rejected as “illegitimate” questions that presumed her work should or needed to center the “white gaze” and called out the racism that is inherent in such questions.

In television interviews—notably with white interviewers—she rejected as “illegitimate” questions that presumed her work should or needed to center the “white gaze."

For the 20 years that I have been researching and writing about systemic racism and black Catholics, I have found that more often than not, I am expected to juxtapose the experiences of African-American Catholics and those of Catholics from various white ethnic groups. I have largely gotten away from that approach but still often find myself distracted from celebrating black Catholic identity and expression solely on its own. In that way, I have not lived up to the standard that Morrison set. When I find myself not living up to that standard, I remind myself how I refuse to succumb to the trope of exoticizing black Catholics in my work. This form of the white gaze only serves to center whiteness, and that is not why I do my work. I do it to center black Catholic identity and expression.

During an appearance on “The Oprah Winfrey Show,” Morrison talked about writing her “to-do” list years earlier. The list was so long that she took out a second piece of paper. Once she realized even that would not be enough, she decided to take another approach. She took another piece of paper and decided to write down “the things I needed to do or else I would die.” She came up with only two things: be a good mother to her sons and write books. Everything else would be in the service of those two things.

[How has Toni Morrison influenced your life? We're collecting responses for an appreciation.]

While I was in graduate school, I once found myself reaching for a third piece of paper for my weekly “to-do” list. I was suddenly reminded of Morrison’s appearance on “Oprah.” In following her example, I also came up with two things I needed to do or else I would die: finish the doctoral degree I had already been working on for years and write about black Catholics. Everything else I did would be in the service of those two things.

It would take several more years of work that sometimes seemed futile, but I did finish that degree. And today, I research and write about black Catholics. 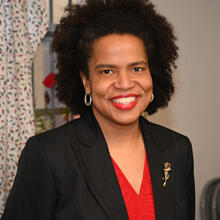 Tia Noelle Pratt is a sociologist of religion and the Scholar-in-Residence at the Aquinas Center in Philadelphia. She is currently working on a book about systemic racism in the Catholic Church and African-American Catholic identity.

I shared with my friends and family today when I found out about Toni Morrison's passing how sad I was but happy because I have her books and thus, her stories and characters, with me always.

From SULA, my favorite book of hers (part 2, 1937): "Although it was she alone who saw this magic, she did not wonder at it. She knew it was all due to Sula's return to the Bottom. It was like getting the use of an eye back, having a cataract removed. Her old friend had come home. Who made her laugh, who made her see old things with new eyes, in whose presence she felt clever, gentle and a little raunchy.

"Was there anyone else before whom she could never be foolish? … Sula never competed, She simply helped others define themselves."

Her characters were as giving and as real as Ms. Morrison herself. Rest well Queen.

Long live the memory of the contributions of Toni Morrison.