Who was the priest who helped raise J. R. R. Tolkien? 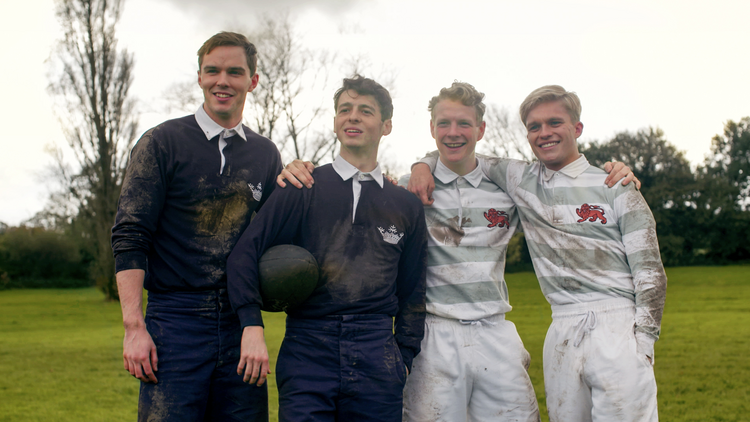 Thomas "Dome" Karukoski is a Finnish filmmaker and director of the new biopic “Tolkien,”  about the early life of Catholic Oxford don and Lord of the Rings author J. R. R. Tolkien, the godfather of fantasy literature. For his Finnish-language films, Mr. Karukoski has won over 30 festival awards, and makes his English-language feature debut with “Tolkien.”

On May 6, I interviewed Mr. Karukoski by telephone about his depiction of Tolkien’s Catholic faith in this new film. The following transcript of our conversation has been edited for style and length.

The director of ‘Tolkien’ speaks about the influence of Father Francis Xavier Morgan.

Tolkien once said: “The Lord of the Rings is, of course, a fundamentally religious and Catholic work.” How do you understand the role that faith played in J. R. R. Tolkien’s life and work?

It’s true you can see that in Lord of the Rings. But there’s the misconception of his whole legendarium being fundamentally religious, and it’s not. The Silmarillion, The Hobbit and his first books come from Norse mythologies and were also inspired by several English stories.

In the story of his life, he gradually became a devout Catholic, and you can see that in the evolution of his writings. When he was younger, Father Francis played a major role in his life, but then at Oxford he himself said that he was a bad Catholic and didn’t go to church, and that also affected his writings. In his later years, religion played a larger part in his life and that affects his writings very strongly.

In this film, Irish actor Colm Meaney plays the Oratorian priest Father Francis Xavier Morgan, who assumed guardianship of Tolkien after his mother died. In what ways do you see Father Morgan as a model priest in Tolkien’s life?

It’s very touching. He was a very close and beautiful father figure. Despite our current times, with the [Catholic Church’s scandals], the record shows that Father Francis was actually a very warm, loving figure.

It’s intriguing because we got some pushback when we showed the script to one actor. He didn’t want to take a role in the film because he didn’t like what was happening with the Catholics and priests in it—he almost was hoping that Father Francis would beat the boys at some point. So it’s a very difficult time portraying a Catholic priest in films, and I can see that there are misconceptions.

The story of Tolkien's younger years hasn’t been told—the prewar period and his Oxford years, his experiences and how they made him the writer he became.

Father Morgan appears early in the movie, toward the middle and again at the end. What’s his role in the dramatic structure of the narrative?

Of course, it’s based on a true story of how Father Francis Morgan grew more and more into Tolkien’s life. They had a very intriguing relationship based both on religious guidance and on Father Francis serving as a father figure. In real life, Father Francis was troubled by Tolkien’s future wife Edith being a Protestant, but I don’t think he was such a strict person that the simple fact of her being from a different church meant for him that Tolkien couldn’t see the girl anymore. I think it was part of the reason he forbade Tolkien from dating Edith, but ultimately Edith and Father Francis became very close, and he baptized their children. In terms of the film, the religious difference provides a necessary dramatic conflict, but with a very warm and loving figure.

How did Tolkien’s youthful courtship with Edith Bratt, his future wife who converted to Catholicism for him, influence his life?

Edith was the love of his life and their love story almost seems written for a film. You know, it starts with a friendship as they seek to find unity and a place together. Then it becomes a forbidden love story and finally an eternal love story.

In the film, we don’t really portray Tolkien’s older life when he asked Edith to become Catholic and tried to convert C. S. Lewis. But I think they were supportive and inspirational to each other—that’s beautiful in itself. If you remember the scene where he’s lost Edith, and he’s looking at the stars hoping for the heavens to give him some answers, you can see his mind is corrupted without her. In that moment, there’s doubt.

Without making it explicit, the film suggests connections between Tolkien’s life and his Middle Earth mythology, including the “fellowship” of his friends breaking up in World War I and the cloak he wears to become invisible during a mustard gas and machine gun attack. How much of this material comes from Tolkien’s real life and how much from the imagination of filmmakers?

I think there’s not a lot of documentation of one-to-one inspirations and we wanted to honor that. We tried to stick with the idea that the war was an inspiration for the legendarium. You can see that there are emotional elements he’s taking from his experiences in the film up to the point where he starts writing The Hobbit.

‘Tolkien’: a portrait of the artist as a young scholar
John Anderson

We’re not touching that much on his entire mythology, though many Lord of the Rings elements are portrayed in The Hobbit. He began the The Hobbit and the The Silmarillion at a young age. You have to go back to those books he wrote at this time in his life to see how he ends up with the later stories and characters. In the The Silmarillion there’s the Lord of Mordor, the Lord of Evil, and it makes you ask about the experiences that enabled him to write about that. Then you portray the emotional experiences, for example the horrors of World War I that he experienced as a soldier. But we weren’t interested in speculating about one-to-one inspirations.

In one key emotional scene about death that connects Tolkien’s faith to his mythmaking, Father Morgan tells him “I speak the words of the liturgy,” offering people comfort through ancient language. Why is this scene significant in helping us understand the role of faith in Tolkien’s work?

It’s significant because especially in his younger years, there was the experience of doubts, not participating in going to church. I think post-war, religion became more important for him, but also for the whole of society. It’s the phrase, “in war no one is an atheist,” that there has to be a light somewhere, there has to be someone who takes care of me. In the moments of despair where Tolkien needed comfort and understanding, Edith was there and so was Father Francis.

I think post-war, religion became more important for Tolkien, but also for the whole of society.

As a Finnish director, what gifts or distinctive style did you bring as a director to filming this material, your first major English-language film?

What will surprise people about this movie?

His younger years is a story that hasn’t been told—the prewar period and his Oxford years, his experiences and how they made him the writer he became.

If you could give faith-based viewers one reason to see this movie, what would it be?

It includes a warm depiction of how a Father Francis Morgan character can lead a young boy from turmoil into light. That’s a beautiful and touching story.