Living and loving with cystic fibrosis in ‘Five Feet Apart’ 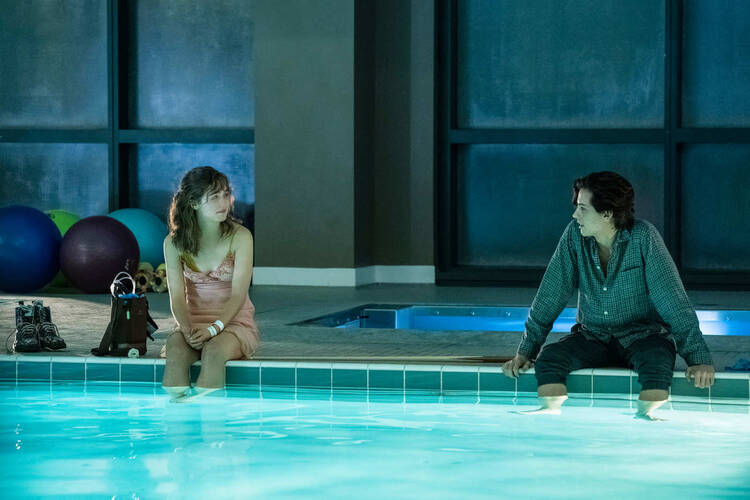 “Abandon hope, all ye who enter here.” These words from Dante, taped to a hospital door in “Five Feet Apart,” reflect the unique circle of hell that the film’s protagonists inhabit as they struggle to stay alive. It is a battle familiar to the 70,000 people worldwide living with cystic fibrosis (C.F.), the disease at the center of this new film from Justin Baldoni. Conceived in part from the director’s friendship with the late C.F. activist, Claire Wineland, “Five Feet Apart”  devotes considerable time to depicting the disease and its freighted corporeality, with violent coughing, feeding ports and surgical scars on full display.

For people living with this chronic illness—regardless of how severe their own C.F. may be—seeing aspects of their daily life on screen can be startling and affirming. Indeed, the movie has been the talk of the C.F. community since its first trailer dropped, generating both excitement and consternation. Excitement, because for the first time in a major studio production, the realities of life with C.F. are visible on-screen. Consternation, because the film can, at a superficial first glance, be taken as just another instance of Hollywood exploiting the traumas and deaths of the chronically ill while the relatively healthy consume their stories at a safe distance. After all, as Aristotle remarked long ago, we can only feel pity for those whose plight we do not expect ever to befall us.

For people living with this chronic illness seeing aspects of their daily life on screen can be startling and affirming.

Despite the inevitable comparisons to John Green’s “The Fault in Our Stars,” the film manages to be something more than another entry in the “terminal teen illness romance canon.” Through the romance of its two protagonists, Stella Grant (Haley Lu Richardson) and Will Newman (Cole Sprouse), “Five Feet Apart” serves instead as a study in the diverse ways people with C.F. approach mortality and intimacy. The conflicting interpretations of how to live—and die—with C.F. is the movie’s palpating center. Their particular attitudes to their ever-present mortality and the complications of love and vulnerability in the face of death resonate universally because they reflect our common human condition.

My friend’s diagnosis of cystic fibrosis has powerfully influenced her life—and mine.
Anna Keating

The two romantic leads represent archetypes found in the C.F. community. Stella is the hyper-compliant C.F. patient who, though sick on a regular basis and steadily declining in lung function, nonetheless remains optimistic about her potential for a future lung transplant. She works hard to manage her C.F. and Obsessive Compulsive Disorder. On the opposite end of the spectrum lies Will Newman, who embodies an attitude darkly reflected in his favorite catchphrase: “It’s just life—it’ll be over before you know it.”

Colonized by B. Cepacia, a deadly bacteria impervious to conventional antibiotics, Will is almost guaranteed an early death. Unlike Stella, he no longer hopes for a transplant to save his life. He has accordingly abandoned his treatment routine and instead spends his time fantasizing about traveling the world before meeting his impending death. His C.F. comes in tandem with an entrenched depression manifesting as rebellion against an indifferent world: a race toward the grave with snark and style. But behind it all lurks despair, for as Will cannot stop reminding Stella, they are all dying, and every birthday is celebrated as if it were the last.

Will knows that to physically love Stella would be to harm her; he could easily infect Stella with B. Cepacia. Hence the film’s main conceit: people with C.F. are sentenced to six-feet separation in order to avoid cross-contamination. Will and Stella’s predicament functions as a biological metaphor for the deeper problem of all those looking to love in the face of impending mortality. This quandary is expressly stated in the film by Stella’s friend Poe, a gay teen who copes with his own C.F. through a fear of commitment in his romantic relationships. What someone would get for loving him, as Poe matter-of-factly explains, is a heap of hospital bills—always with the terrifying risk of losing medical insurance—and the chance to watch him die. It’s the gift of becoming someone else’s burden, which is always, necessarily the reality of long-term intimacy.

Much of the tension in the film revolves around the will-they-won’t-they question. Here the concern is not so much whether the two will fall in love as whether they will embrace in any—potentially deadly—fashion. This tension peaks in one electrifying scene, when on a hospital-roaming, fantastical date, both characters decide to keep a rebellious five—and not six—feet apart.

Though they cannot touch, the two nonetheless meet, in the recognition of the longing and meaning their scarred bodies can carry.

In their wanderings they end up by a hospital swimming pool where Will confesses his desire for Stella. Before jumping in, the two slowly strip away their clothes, until they stand exposed—wounds, feeding tubes, and frail, thin bones openly revealed. As if to say: This is my body—broken, for you. It is a breathtaking encounter, fraught with joy, acceptance, pain. And though they cannot touch, the two nonetheless meet, in the recognition of the longing and meaning their scarred bodies can carry. Hope, it seems, has not been fully abandoned. 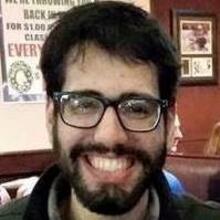 Roberto J. De La Noval is a doctoral candidate in theology at the University of Notre Dame. He has written for publications such as The Curator, Church Life Journal and C.F. Roundtable. He lives with cystic fibrosis.