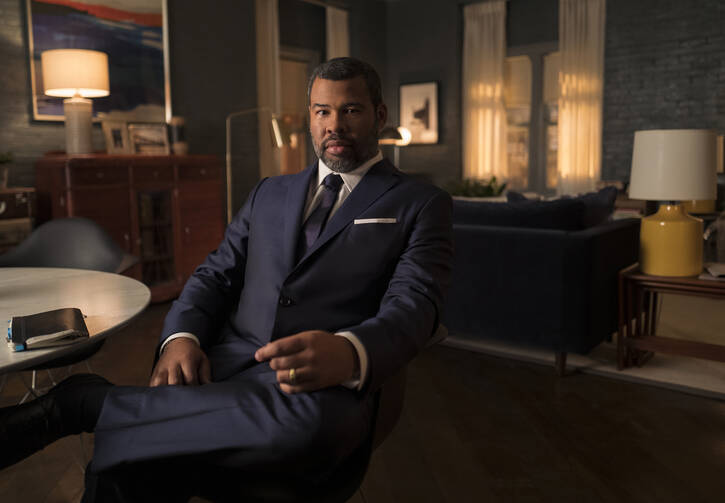 For years, Friday night television was a ritual. Shoes off, shirts untucked, kids in bed, Americans slouched into the weekend on a stream of entertainment. On Friday, Oct. 2, 1959, a new show premiered on CBS at 10 p.m. “The Twilight Zone,” described in newspaper listings as a “stranger-than-fiction series,” quickly captivated a loyal core of viewers. Sixty years later, the iconic show returns to CBS All Access with the spirit of the original, the sense of our present day—and a host-producer, Jordan Peele, whose vision of storytelling is infused with horror and melancholy.

In 1959, the show’s creator, Rod Serling, was already a celebrated television playwright. His 1955 play “Patterns” appeared to acclaim on NBC’s “Kraft Television Theatre.” He gained wider fame with “Requiem for a Heavyweight,” which aired in 1956 on “Playhouse 90,” the highly praised drama series on CBS, and was turned into a film in 1962. “The Twilight Zone” made Serling a television legend. Shortly after the show’s premiere, he lamented how television was run by advertisers: “The sponsors are afraid to show a minority group, afraid to take a single stand even if that stand shows prejudice is bad.”

By November, his risk-taking show was doing well enough in the ratings, and the establishment-skeptical Serling admitted a real sense of pride, saying the praise from critics confirmed his belief that people would “rather sit and maybe think a little as well as be entertained as opposed to just sitting still and getting mesmerized by trash every night of the week.”

Peele’s incarnation of the show will certainly get people thinking—and talking. The casting is impeccable, a necessity for a show like “The Twilight Zone,” in which the audience meets a new set of characters with every episode. The show premieres with a strong pair of episodes: “The Comedian” and “Nightmare at 30,000 Feet.” In the first, Kumail Nanjiani plays Samir Wassan, a comedian whose sets languish in front of bored audiences. His nightly political sermons fall flat and he mopes to the bar, where he tells a fellow performer that he wants to make people think. She thinks he would do better to make them laugh.

Samir is then surprised to see a famous comedian sitting at the end of the bar, played by Tracy Morgan. Distraught, Samir hangs on the comic’s every word, including his advice to ditch the politics and focus on the personal. But he cautions Samir: When you share your life on stage, you never get it back.

Nanjiani plays Samir just right: down and deadpan, with a glint of hope. Inspired, he takes to the stage and starts talking about his annoying dog, and the audience roars. He goes home to share his success with his girlfriend, who has been supporting him emotionally and financially as he honed his craft, only to find that his dog is gone. She says they never had one.

“The Twilight Zone” has always been built on pivots, or the heart-dropping recognition that a character’s life is not what it seems.

“The Twilight Zone” has always been built on pivots, or the heart-dropping recognition that a character’s life is not what it seems. Samir soon realizes that he has been given a terrible comedic power, and he becomes addicted. The subjects of his comedy—strangers and friends alike—vanish, but he will do anything to earn the laughs of his audience.

Samir’s ego rises with his stature, and he craves the audience’s approval—no matter the horrible results. The bellowing audience is surreal, almost carnivorous in their guffaws. Painted against the back wall of the comedy club is another audience: staid, silent and judging.

“The Comedian” hurtles toward a disturbing climax, and the same can be said about “Nightmare at 30,000 Feet,” a tightly written, shorter episode. Inspired but not bound by the classic episode “Nightmare at 20,000 Feet” from the original series, the episode tells the story of Justin Sanderson (Adam Scott), an investigative reporter who is trying to leave behind the past. He spots an issue of a magazine with his cover story, “The Age of Civility,” in an airport shop—and so does a fan. He sees the man again on the plane: Flight 1015, on 10/15, departing at 10:15.

Sanderson discovers an MP3 player in his seat pocket, and listens to a crime podcast. The subject of the episode? The disappearance of his own flight. Scott is authentic in his portrayal of frenetic paranoia—as he hears the podcast narrate the unfolding fate of the plane, he starts to bother the flight attendants, other passengers and even the pilots.

Nobody believes his insistence that the flight is in danger—except the mysterious fan from earlier in the story. The man seems curiously well-informed and is revealed to be a former pilot. He promises to help Sanderson get to the bottom of the mystery, but with disastrous results. Claustrophobic and wildly tense, the episode is an especially effective tale of frustration and good intentions gone bad.

One of the most chilling episodes of the season is “Replay,” a tale of injustice in the Serling tradition. For all of its science fiction, “The Twilight Zone” has always been a series about us in the contemporary sense; an indictment, perhaps, of our sins. The purgatorial feel of the series comes from its characters often recognizing that their identities and selves are tenuous. There is nothing more frightening than realizing we have been oblivious to the world—and the worst of ourselves. In “Replay,” Sanaa Lathan plays the doting and proud Nina, who is driving her son, Dorian (Damson Idris), to his first year at a historically black college. They stop for a quick meal at a local diner before the final miles of their trip. To her son’s surprise and embarrassment, Nina whips out a bulky camcorder to document their conversation.

While she records her son across the table, he spills ketchup on his shirt and asks her to rewind the tape. She does—and in doing so, rewinds time. She stops her son from lifting the ketchup, and they head back on the road, until they are pulled over by a white policeman who had been in the diner during the previous scene. We know where this is going, but what happens is still shocking and blatant. Nina, in the nick of time, presses rewind again, and we are back in the diner.

“Replay” unfolds in the typical mode of “The Twilight Zone,” but it feels especially recursive and prescient. Nina and Dorian can’t escape the racist policeman’s wrath, no matter what they do—and how perfectly they act. Viewers will want to scream at the screen in this one. Unlike so many other characters from the traditional series, Nina’s only real fault is her absolute love for her son.

There is often a surreal calm in “Twilight Zone” episodes, old and new. That calm used to be delivered by Serling but is now offered by the equally dapper Peele. The drama of the series is suffocating, and the host is there to shake us—to remind us that this show is both absurd and plausible, fiction and fact. After all, we have known ever since Dante that we need a good tour guide through hell.

I watched The Twilight Zone the first time around. I do not like horror, and the original twilight zone was not horror, it was intellectual expansion.

I will give this a try, just to see.