“Bob’s Burgers” is back. Here’s why it’s one of the best shows on television. 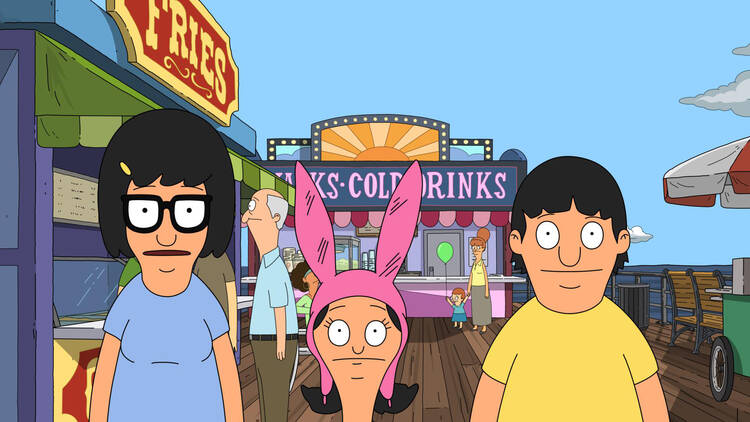 I am a “Bob’s Burgers” fanatic. It is not an exaggeration. I have seen every episode at least three times, except for the ones in Season 8—those I have only seen twice.

Created in 2011, by Loren Bouchard, the animated sitcom on Fox features the Belchers: Bob, Linda and their kids, Tina, Gene and Louise. Together, the family runs the titular family restaurant. I decided to give the series a go in 2013. At first, I couldn’t stand it. The Belchers were too quirky; the humor wasn’t snappy enough; the kids were weird.

Slowly but surely, I grew to love them. Bob, like my father, was the patriarch in constant pursuit of the American dream; Linda, like my own mother, was his supportive, independent, often anxious wife. And his children were, like my sister and I growing up, awkward, innocent, yet sharp and loyal.

Unlike so many other animated series I have watched—“Family Guy,” “American Dad”—the jokes in “Bob’s Burgers” are never at the expense of someone else’s experience.

Unlike so many other animated series I have watched—“Family Guy,” “American Dad”—the jokes in “Bob’s Burgers” are never at the expense of someone else’s experience. “In comedy, you want people bouncing off each other. You want a little disagreement,” Bouchard told NPR, “but for all of us working on the show, it ends up being more funny to just assume that they accept each other, the members of this family, and that the conflict comes from elsewhere, something more circumstantial.”

This conflict is usually centered around the family, with many of the episodes serving as perspectives into familial relationships in the United States. In one of my favorite episodes, “Bad Tina,” the eldest Belcher kid, Tina, befriends the new girl at school, Tammy. Over the course of the episode, Tammy convinces Tina to wear makeup, gets her into detention and blackmails her into drinking margarita mix. As the pre-teens drink the mix and pretend to “feel it,” Tina’s siblings watch, hidden, from a closet. “Does margarita mix even have alcohol?” asks Gene. “No,” answers Louise, “mom uses it for the bird feeder.” Despite her disobedience throughout “Bad Tina,” the eldest Belcher’s family forgives her, ultimately helping her confront Tammy’s bullying. It is an endearing and funny look into pre-teen awkwardness.

The Belchers also offer an earnest look into the economic anxiety faced by many families today. Every month, Linda and Bob struggle to pay rent to their shady landlord, Calvin Fischoeder. On more than one occasion, he has threatened to evict them from their property (they live above the restaurant). More often than not, their business ventures, such as their attempt to sell food out of a truck in Season 2’s “Food Truckin’,” fail.

The Belchers also offer an earnest look into the economic anxiety faced by many families today.

The show also does a great job portraying its female characters at their different stages of life. In Season 3’s “Lindapendent Woman,” Linda takes a job at a supermarket because she does not feel valued by Bob. Without her, Bob is incapable of running the restaurant well. Throughout the series, Tina, who is at the onset of puberty, is unafraid of getting vulnerable and exploring what she describes as her “budding sexuality.” She is open about her feelings for her fellow classmate, Jimmy Junior, and various other boys her 13-year-old heart crushes on. It is refreshing to a see a young female character who captures, so earnestly, female pubescence.

Sacha Baron Cohen searches for America. Don’t be shocked by what he finds.
Bill McGarvey

The show isn’t without its critics, however. “Bob’s Burgers” has been praised for its inclusion of L.G.B.T. characters, including fan favorite Marshmallow, a black transgender sex worker Bob befriends in Season 1’s “Sheesh! Cab! Bob!” While the show does a better job than most animated shows with its portrayal of transgender characters and sex workers, many argue that Marshmallow is often used as a punchline without any actual character development. Derrick Clifton writes in The Guardian that while the show “gets major props for crafting multidimensional female characters,” it should develop “a better way to add more layers and depth” to Marshmallow “in ways that move beyond the often-limiting and trite transgender prostitute stereotype.”

At a Comic-Con panel this summer, Bouchard said that he would work for better gender balance on the show, including providing more roles for women and improving the male-dominated voice cast. Let’s hope this extends to more—and better—plots starring Marshmallow with its newest season, which premieres on Sept. 30.

I am going to give Bob's Burgers a try, thank you Olga Segura!