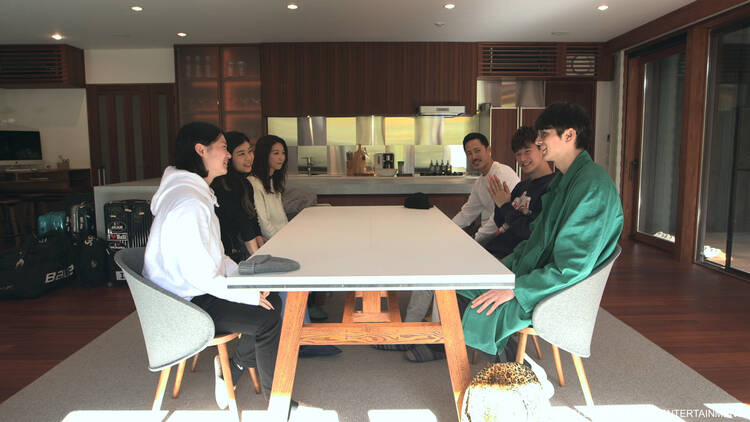 I have never really liked reality television. Whether it is about bachelors, would-be celebrities or housewives, the genre has always seemed mostly meanspirited, an invitation to sit in judgment while people shriek and fight, “Jerry Springer”-style, before our eyes.

But after my dad retired, I noticed he started watching shows about real people—the husband and wife with dwarfism raising their kids on an Oregon farm; the 16-year-old put in charge of his family’s gold mining business; tales of tattoo artists, moonshine makers and ice-road truck drivers.

Sitting with him, I was surprised to discover that even as some of these shows try to manufacture crazy drama, they also offer something meaningful: a glimpse into other worlds and life experiences. Rather than provoking derision, they inspire a sense of empathy, a broadening of horizons.

Rather than provoking derision, these shows inspire a sense of empathy, a broadening of horizons.

Two recent programs on Netflix are particularly noteworthy for the ways they see in reality an invitation to self-reflection, and maybe even prayer.

“Queer Eye for the Straight Guy” debuted in 2003 as a makeover show with the twist that the five men tasked with helping the subject improve his life were gay. The combination of their fun, campy spirit and the way they helped their subjects see the possibility of a better life for themselves made for compelling television.

In the winter Netflix rebooted the show with a new team of experts but sent them away from the relative liberalism of New York City into parts of Georgia where race and sexuality are sensitive issues. In the process, the hosts have become stand-ins for much of the audience, entering into places they do not fully understand and sometimes think they have reason to fear. Time and again, they find in those places warmth and human connection. One small-town fireman who invites them to his workplace admits he never expected “to have a bunch of gays in our firehouse.” But after a week with them he realizes, “It’s sort of embarrassing to think that our way is the only way.”

In this era filled with drumbeats of division, this new “Queer Eye” (which goes by the shortened title) keeps going to places where the fractures should be strongest—a black host and white police officer talking about police brutality; a devoutly Christian woman who wants the men to make over the church hall—and finding not opponents but other funny, interesting, deeply sympathetic human beings.

This spring Netflix also became the international distributor for the long-running Japanese reality show “Terrace House,” in which a small group of young people live together while pursuing studies or careers. On the surface the show seems similar to MTV’s “The Real World”: The cast lives in a great house in a beautiful locale; many have celebrity-laden aspirations like modeling or performance; they are all beautiful people.

But where “Real World” and its many derivatives draw drama from conflict, often the biggest thing to happen in an episode of “Terrace House” is a late-night conversation about hopes and dreams. What conflicts and romances there are grow slowly, and largely within a broader context of patience and support.

So in the new season, subtitled “Opening New Doors,” the 19-year-old Yuudai is smitten with the 21-year-old university student Ami. In the early episodes he tries to get her to go out with him, but his inexperience and uncertainty convey an arrogance he does not intend.

Often the biggest thing to happen in an episode of “Terrace House” is a late-night conversation about hopes and dreams.

In an American version of this show, he would be vilified. But on “Terrace House” the other housemates, particularly the other young men, see themselves as older brothers to Yuudai and spend a lot of time trying to mentor him. As they do so, the audience begins to see him through the eyes of a parent or sibling.

The show also features a second cast, hosts who introduce the show, watch the episodes with us and comment. Their words can be harsh at times, even degrading; they wonder which kids will hook up with one another or who will be the show’s villain. But over the course of the episodes they too become invested. It is a fascinating choice to have them on the show; their presence is a mirror held up to the audience, constantly highlighting our own treatment of these young people and calling some of it into question.

On a number of occasions tears are shed on “Terrace House,” but they are almost always tears of embarrassment and frustration, as different housemates struggle with their own fears or uncertainties. The show can perhaps be compared best to college, with young people facing life’s really big questions while otherwise mostly just hanging around.

‘Roseanne’ and the Two Standards of ABC
Jim McDermott

In his book Transcendental Style in Film, the filmmaker Paul Schrader posits that storytelling that favors the ordinary over the fast-paced lends itself to the holy. “It’s experiential, not expositional,” he writes. “Time becomes the story.” The quiet simplicity of “Terrace House” creates an almost spiritual appreciation for the small moments of life: the beauty of a meal, the value of a kind gesture or word.

What is television’s purpose? To entertain, certainly. But also to reveal, encourage and inspire. At a time when many seem so ready to write one another off, the last thing we need are programs that make us feel justified in doing so. “Queer Eye” and “Terrace House” offer instead stories of the world we long for, and reveal that it is still right here within reach.

America Media became a propaganda tool of the extreme left.

What absolute idiocy. Can America Magazine do no better than this? How about a compassionate and understanding profile of swingers while you’re at it

Really. I don’t see it condoning any behavior beyond being open to seeing the unique dignity of each person. We are all sinners but especially when we close our eyes and hearts to those who are different.

I think a move towards kindness and empathy and acknowledging that we need to look at the little spark of Jesus in us all.

Really. I don’t see it condoning any behavior beyond being open to seeing the unique dignity of each person. We are all sinners but especially when we close our eyes and hearts to those who are different.

I think a move towards kindness and empathy and acknowledging that we need to look at the little spark of Jesus in us all.