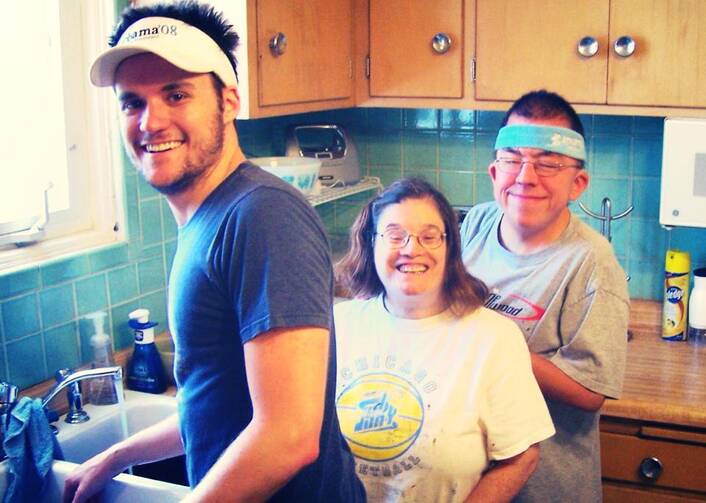 This week, we talk with Jeremy McLellan, a comedian from Charleston, S.C. Jeremy was recently named a “New Face of Comedy” at the Just for Laughs Comedy Festival in Montreal. He was recently confirmed at this year’s Easter Vigil. We talk to the comedian about his time living in a L’Arche community, his struggles with depression and making people laugh in 2018.

In Signs of the Times, Pope Francis accepts the resignations of Chilean bishops and meets with energy executives to discuss care for the poor and the environment. In Baltimore, the archdiocese is letting Catholic couples get married outside of the bride or groom’s parish. A new study claims that kids who attend Catholic schools have more self-control than those who do not. The Catholic Memes Facebook group sparks controversy after posting a meme that many are describing as anti-Semitic.

Finally, last month the Catholic Women’s Forum and the Notre Dame Center for Ethics and Culture sponsored a conference on the #MeToo movement. We discuss the conference, the church’s response and the effects of the sexual revolution on the movement.

Make sure to check us out on Twitter @jesuiticalshow, and send us some feedback by emailing jesuitical@americamedia.org. You can support the show by joining our Patreon community. And we are also on Facebook. We love hearing from all of our listeners weekly, and we wanted to give you all the opportunity to not just continue talking with us but to get to know each other as well. If you haven’t joined yet, go do that.

Conference asks: Is the Sexual Revolution to blame for #MeToo?