Review: “Little Women” revitalizes a classic for a new generation 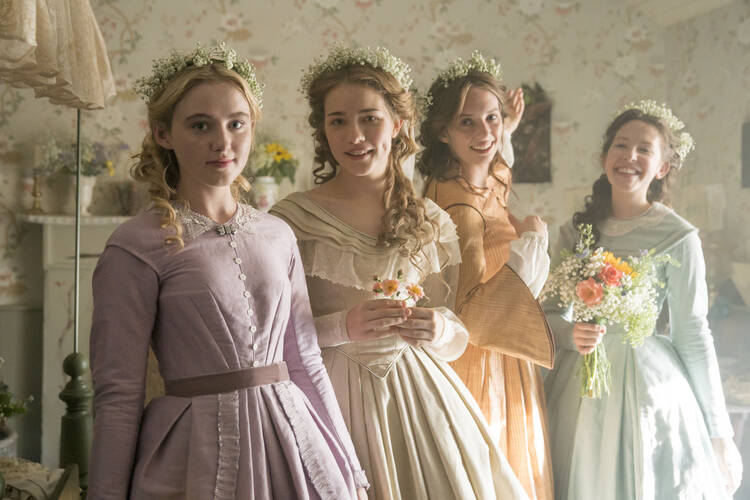 There is nothing worse than a film adaptation of a beloved book that loses the heart of the treasured story. That is why congratulations are due to Heidi Thomas, who has beautifully adapted a new “Little Women” series for the BBC and PBS. Thomas’s work avoids both of the blunders common to film adaptations: a heavy-handed modernized agenda (think the recent “Anne with an E” series) or a misunderstanding of the story and characters (think 2008’s “Brideshead Revisited”—or don’t, if, like me, you would rather forget it exists).

Happily, this new series directed by Vanessa Caswill and drawn from Louisa May Alcott’s timeless novel both captures the essence of the familiar coming-of-age story and revitalizes it for a new generation.

Meg, Jo, Beth and Amy, the March sisters, are “wings waiting to take flight” as they transition from girlhood to womanhood during the Civil War. With a father serving as chaplain to the Union army and a capable mother maintaining the home fires, the March sisters may not be in uniform, but they are indeed fighting battles. The eldest sister, Meg, must fight her vanity, boyish Jo must conquer her temper, gentle Beth must war with her painful shyness and the youngest, Amy, must overcome her selfishness.

Thomas’s work avoids both of the common film adaptation blunders: a heavy-handed modernized agenda or a misunderstanding of the story and characters.

A bravura performance by Maya Hawke as Jo brings complexity and delight to a difficult character. Hawke’s depiction of Jo’s earnest intensity, awkwardness and fire make the protagonist both clearly ill at ease in her own society and yet still believable as a 19th-century young woman. And veteran actors Angela Lansbury and Michael Gambon bring depth and sparkle as the hilariously crotchety Aunt March and the gruff Mr. Lawrence.

Sadly, the casting suffers from some weak spots. Jonah Hauer-King and Kathryn Newton fail to capture the spirit of Laurie and Amy, but this is in part due to the writing of this adaptation, which does not do justice to the growth of their characters. While each March sister clearly matures, not enough time is given to Amy’s development and, by the end, she seems very much the same superficial, egotistical girl she was when the story begins.

Despite the series’ emphasis the inner virtue on Alcott’s characters, “Little Women” never becomes preachy—thanks in part to the exclusion of the original book’s many references to Pilgrim’s Progress. Emily Watson’s excellent portrayal of “Marmee,” as the March sisters call their mother, is also key. Watson’s depiction shows us a side of Marmee not represented in the book and other adaptations. Rather than an always confident, comforting mother dripping with goodness and ready with a virtue-building lecture, Watson’s Marmee is not as sure of herself. We see the moments of uncertainty and hesitation as she seeks to guide her family. She has wisdom to share and charity to model for her daughters, but the difficulties of life and the anxieties she faces as a  parent bring vulnerable moments that resonate. None of us face the daily demands of raising children without worry behind our eyes.

Like “Call the Midwife,” one of Heidi Thomas’s other book-to-TV adaptations, attention to detail in costuming, makeup and sets in “Little Women” achieves an immersion into the era that is transporting. Lovely scenes mimic real moments of family life that are poignant rather than emotionally manipulative or sappy. Scenes like Marmee’s quick exit to recover her composure after seeing her daughters dressing for her eldest’s wedding speak to the truth that it’s often not the big wedding march, but the small things in life that cut to the heart.

The series is such a delightful romp through the story that the final scenes are disappointing—they feel rushed, and are unevenly paced. If more time was allowed for Mark Stanley to execute his turn as Professor Bhaer, and for Amy and Laurie to demonstrate their maturity, the series would have ended beautifully.

“Little Women” shows that the journey of growing in virtue need be neither boring nor sentimental but can be ever fresh and unexpected. It reveals that the ever-present battle of conquering ourselves is often won through adversity and the refining fire of suffering and loss. As Marmee tells Beth, “Sometimes we simply have to do the bravest thing.” And sometimes that means facing our own flaws and, with the help of those who love us, emerging victorious.

Louisa May Alcott’s stories are timeless, they are never out of date. I re-read Little Men trice and Little Women twice. Adaptations always made me sad because of their lack of substance and novel's meaning. In fact, some of the characters were obscure and totally corrupted by the film.
Timothy
My articles:
Novel Writing: What Your Second Though Should Be;
Writing in Two Weeks (Myth or Reality) - dissertation writing section.