The unknown role of Christian women in the early church

The unknown role of Christian women in the early church 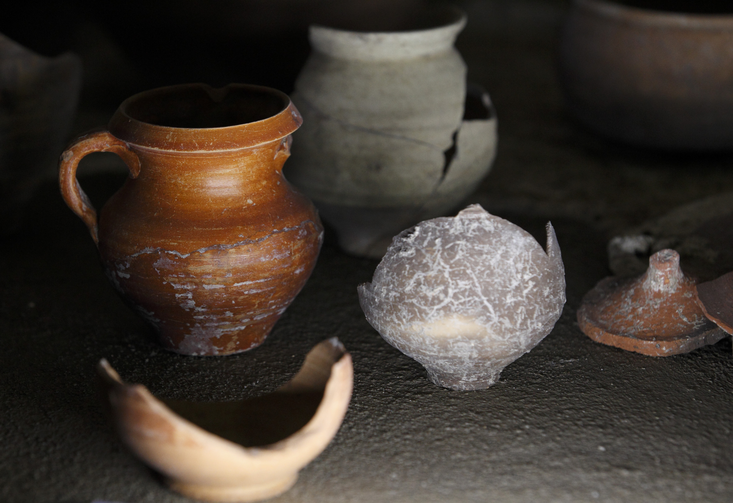 Pottery from the Catacombs of St. Thecla in Rome. Fourth-century paintings of Sts. Peter, Paul, Andrew and John on the ceiling of the burial chamber of a Roman noble woman in the catacombs are believed to be the oldest in existence. (CNS photo/Paul Haring)

Most of our understanding of the role of women in early Christianity comes from literary testimony, largely written by men. With Crispina and Her Sisters, Christine Schenk, C.S.J., has performed a singular service in making accessible additional sources about early Christian women. Not herself an archeologist, the author draws on the work of notable scholars like Carolyn Osiek, R.S.C.J., and Janet Tulloch. She has immersed herself in both the physical record of early Christian women and the scholarship that has sought to interpret what has survived through the centuries, and she brings her own insights to bear as well.

Schenk first offers the reader an overview of the sociocultural place of women in the first centuries of Christianity and the efforts to control and suppress the voice of women in the community. She then examines the evidence offered by burial artifacts of prominent female Christians, particularly from the fourth century (the Crispina of the title is one such person). She shows how the visual imagery in catacomb frescoes and funeral sarcophagi, which were created by both men and women to honor prominent believing women, offer a counterpoint to the attempts to make women invisible. A very detailed study of funerary depictions of Christian women makes clear that many of these women were esteemed as interpreters and teachers of God’s word—at the very time when written texts testified to the official view that such could not be their role.

Drawing on physical artifacts principally stored in Rome, as well as the available scholarship, Schenk reviews these burial images in search of important clues about the significance of the women. There are Christian elements like the Chi-Rho symbol for Christ and images of Peter or Paul; a figure is pictured with arms outstretched in the praying (orans) position; or there are other elements present that suggest a learned woman, including scrolls, codices and baskets for holding scrolls. One of Shenk’s striking findings is that there are many more portraits of individual women on Christian sarcophagi than of men.

Women in the Life of the Church: A special issue of 'America'
The Editors

The volume also offers 14 appendices of a very technical nature. They bolster Schenk’s contention that we need to radically transform our understanding of Christian women as authority figures in the early centuries, given the esteem in which they were held for their roles as teachers and interpreters of God's word.

How nice to see this article with its encouraging information! Thank you! We can look to the New Testament for information about the role of women as well. The primary interpretation of Gospel stories has been done by men and many of the possible interpretations have been missed.

This is very interesting, but even if women have never served in apostolic succession in the past, that is not a reason not to start ordaining women to serve now. For the redemption, and the sacramental economy, the masculinity of Jesus is as incidental as the color of his eyes. Dogmatically, what matters for the sacramental economy is FLESH, not gender. For your consideration:

Religious patriarchy is a cultural tragedy that is becoming a doctrinal travesty and a pastoral disgrace.

Amen! and we need them now! No more waiting. No more continued abuse of the human dignity of women by this cursed discrimination Jesus commanded directly against. "Do unto others as you would have them do to you. Treat no one any differently than you wish to be treated yourself."

This article also appeared in print, under the headline “Esteemed women of the early church ,” in the April 2, 2018 , issue. 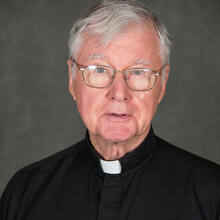 Brian O. McDermott, S.J., is a systematic theologian and special assistant to the president of Georgetown University in Washington, D.C.