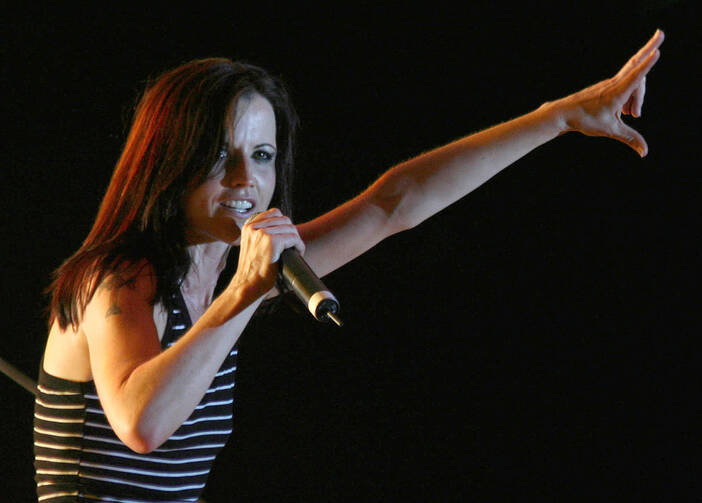 Dolores O'Riordan, former lead singer of The Cranberries, performs on stage during a concert in 2007 in Tirana, Albania (CNS photo/Arben Celi, Reuters).

Linger is walking the long red-carpeted aisle to the stage in Alice Tully Hall to get my high school diploma, stiff graduation gown bunching awkwardly around my knees, wondering if I had failed gym and wouldn’t graduate. (I didn’t fail gym, somehow.) Linger is what I would hum all day, a vocal major at LaGuardia High School for the Performing Arts in New York City, a high school for teenagers who don’t need gym. Or math. A fact I assured my mother of when I had failed it. “I’m going to be a singer, after all.”

Linger is moving into the freshman dorm at university, where I study poetry, rock and beer; where I start a band and meet my Texan roommate, a lapsed Catholic who loved Marlboro Lights and Jane’s Addiction as much as I did.

Linger is falling in love for the first time and driving, driving, driving, head thrown back in the passenger seat, the Pittsburgh industrial night sliding by, twisting a lock of my bleached-platinum hair, contemplating whether it is better to be artist or muse.

You were both, beautiful Dolores.

Dolores O’Riordan, the lead singer of the Irish band The Cranberries, was born in County Limerick to a Catholic mother who named her for Our Lady of the Seven Dolours (or Sorrows), in 1971. She was born with a disposition suited to her namesake, a fact revealed in her bouts with depression and rage, poetry and punk rock. She was born four years and five days before I was, but we shared a disposition.

When I first heard Dolores’s voice, the delicate, brogue-inflected mezzo issuing from the radio of a street vendor or taxicab, I was struggling with my own sorrows. I was 18 and Dolores was just 23. She was a singer in a band, on the radio. I was a bulimic, a wannabe poet who had yet to put my two discernible skills—singing and writing—together to any effect. But watching Dolores do it—watching her front the band and write the songs (the song), even if from afar—made me believe that I could do it also.

Dolores was born four years and five days before I was, but we shared a disposition.

Listening to Linger today, after getting the news that Dolores O’Riordan was found dead at 46 in a London hotel room, the song is softer than I remembered it. The vocals are delicate, almost startling in their gentleness. Linger was unlike anything else on the radio in 1993—and was nothing like the muscular “Zombie” that would closely follow it. No, Linger had an affect of angels, and so did Dolores’s look then—the much-copied pixie haircut and ’40s movie star eyebrows, the dark lipstick. She was Dickensian, if Dickens had written a Gaelic warrior-waif, a hero with a voice that could thrill and comfort. She seemed like a person in the temporal world but somehow not of it.

Songwriters call the earworm part of a song’s chorus “the hook,” and in Linger it doesn’t begin until 1:35 in—an eternity by today’s pop-music standards. Even still, it’s a hook (Do you have to, do you have to?) that took a poor Irish band around the world, a band some called the isle’s best export since U2. Others called The Cranberries less kind things. My future husband called them too commercial, vapid, the sugar-pop version of The Sundays, the girl-fronted band he and his friends preferred. I had no such orthodoxies or preferences. I had a dyed-black pixie cut, like Dolores had. Then, I had a dyed-blonde pixie cut, like Dolores had. I also had a band, like she did.

She was Dickensian, if Dickens had written a Gaelic warrior-waif, a hero with a voice that could thrill and comfort.

The truth is I was not, in 1993 nor today, a dedicated Cranberries fan. I owned one, maybe two of their albums. I never saw them perform in concert. But Dolores O’Riordan’s death has hit me harder than deaths of the others who have left the world too soon in the last few years—Prince, George Michael, David Bowie. Maybe it’s because The Cranberries so singularly belonged to me, to us, to my generation of women who wanted to be artists. Who wanted to write and sing. Who wanted to say something of meaning and power with our songs.

Dolores, you did not belong to my boyfriend or my brother or my bass player but to me. What you did, I dared to see myself doing. There was truly no other voice but yours—with your countrywoman Sinéad O’Connor coming in a close second—so inexorably linked to the moment in which I decided or received or understood a large part of what I was born for. What you were also, in part, born for.

For that I am grateful. For that, I will allow myself to linger over losing you. To not shunt it, not chastise myself for crying over my keyboard as I write this.

Linger is the lilt in my own voice, my own sorrow, as I try and fail to mimic your famous yodel, sing the line I am such a fool for you, as I climb the stairs to my 11-year-old daughter’s room and attempt to explain to her what was lost in your London hotel room, lost but lingering, and certainly never forgotten. 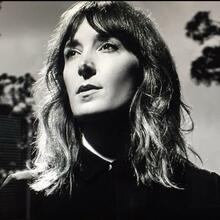 Cameron Dezen Hammon is a writer and musician whose seventh album, “Live at St. Mark’s” is available now. Her memoir, This Is My Body, will be published in 2019.

It will be the golden chance for you all to get the dragon city hacks where you will be provided all the resources for dragon city without spending your pocket.

Beautiful tribute to a great talent whom I loved too.

Thanks for your interesting view.