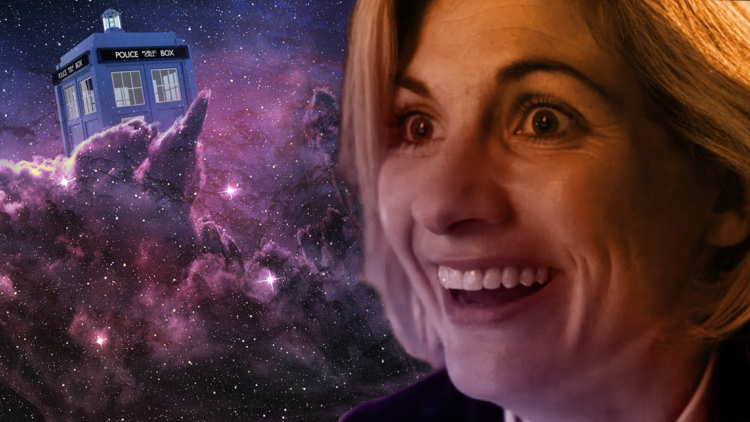 For the first time in almost 55 years, “Doctor Who,” a series about an extraterrestrial adventurer traveling through time and space, will feature a woman in its title role. Jodie Whittaker, replacing Peter Capaldi who has played the Doctor since 2014, will play the 13th Doctor in Season 11, which starts later this year.

Audiences got a brief glimpse into 13 during this year’s Christmas special, “Twice Upon a Time.” The Doctor has been portrayed by over a dozen different actors, all white and male, but is always the same person. The show’s explanation for the Doctor’s different faces is the concept of regeneration, a process that allows the Doctor to change his form to circumvent death. During the final scene in “Twice Upon a Time,” the 12th Doctor regenerates and changes into Whittaker.

During the final scene in “Twice Upon a Time,” the 12th Doctor regenerates and changes into Whittaker.

In 2013, speculation first arose about a person of color being cast as the 12th Doctor. Steven Moffat, the showrunner, cast a black actor, but the offer fell through and Peter Capaldi got the role. During Capaldi’s run, the episode “Hell Bent” showed a character named “The General” regenerate into a black woman. It was the first time a change in gender happened on screen. “The Master,” a recurring villain and the Doctor’s enemy, was male until the character returned in Season 8 as Missy, played by Michelle Gomez.

The crew of the TARDIS, the Doctor’s time machine and spacecraft, will also be more diverse in Season 11. Mandip Gill will be the first non-black person of color to play one of the Doctor’s companions. She will join Tosin Cole, a black man, and Bradley Walsh, whose character is older than the typical traveler. The companion shake-up started last season with Bill Potts—a black, gay adoptee with an Afro. Potts was a breath of fresh air, garnering a huge following and showing the importance of diverse companions. The companion is the viewer’s gateway into the Doctor’s world. Now, more viewers will see themselves represented in this critical role.

Progressive casting alone will not result in a successful season. While Whittaker’s emotional range on shows like “Broadchurch” suggests she can handle this challenge, her companions will need to be just as compelling and have great chemistry with 13 and each other. A diverse group of female writers could effectively develop 13 and Yasmin so they are not written solely from the male gaze.

Mandip Gill will be the first non-black person of color to play one of the Doctor’s companions.

The Doctor’s female form also opens up the opportunity to tackle new themes. Thirteen will likely be confronted with sexism in one form or another. The Doctor often assumes positions of authority, which used to work because he was a white man. Now, the Doctor’s gender may make this difficult. From the corporate world to politics and the media, there is a clear bias against women leaders in our male-centered culture. The recent flood of women speaking up about being abused and silenced in Hollywood by powerful men is a reminder of what can happen when women’s voices are excluded and ignored.

Viewers will get an honest depiction of what it is like to fight for justice and equality for marginalized people while being a person who faces those same issues because of her gender. Seeing this challenge through the beloved Doctor’s eyes can help many understand the battle women fight to simply exist and be respected. This is why a woman Doctor is a beacon of hope for so many Whovians. Mandip Gill’s character will also allow audiences to explore the specific ways different ethnic groups interact with each other and how they are perceived in different eras.

The show often balances social issues—militarization, slavery, racism, totalitarianism—with moments of levity, so writers who understand the show’s mythos should be able to find that sweet spot. Great individual writers, directors and script editors will be needed to give the 13th Doctor a stellar debut season. A season that does not measure up critically or commercially may lead to the show reverting back to a white man in the lead role and eliminate (or significantly delay) the chance for a future Doctor of color.

In Season 11, “Doctor Who” has a chance to push the boundaries with a diverse leading lineup and to demonstrate that the show’s embrace of progressive change is what makes it a pop culture staple. 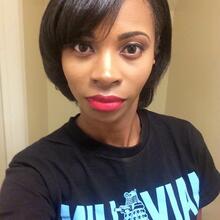 Tai Gooden is a freelance writer who has written for The Guardian, SyFy Fangrrls, Paper Magazine, Paste Magazine, BlackGirlNerds, Geek & Sundry, Vice and The Frisky.

When I saw the heading I thought there was a connection to a female Doctor of the Church, e.g., Teresa de Avila, Catherine of Siena. I was so, so wrong. This passes for Catholic scholarship at America?

Like it or not, more people know who Doctor Who is than Theresa of Avila. The article is merely commenting on a contemporary phenomenon while relating it to sociological trends and there's nothing wrong with that. I believe it is a part of journalism. It caught my attention and I read it. As for me, I find "Dr. Who" serves up large dollops of scientism and very little real science. Ironic that the "science" in the show is so supernatural while the show mocks any concept of "supernatural" as superstition. I find the show's attitudes tiresome and don't watch it because it's lousy science fiction. I also suspect that it reflects a level of English racism and Anglocentrism in its constant presentation of extraterrestrials as external evil threats, bad guys vs. good guys. It is more of a Lovecraft universe full of horrors than one of wonders.

Unfortunately, this is supposed to be a Catholic site, and you should be familiar with Teresa de Avila.

I am familiar with Theresa of Avila.