What is the link between mental suffering and artistic creativity? 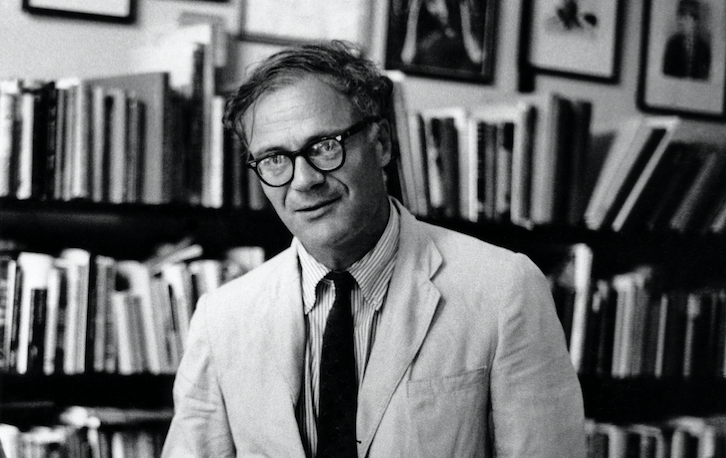 Recently I attended an unusual event at the Peabody Institute, the music conservatory affiliated with Johns Hopkins University in Baltimore. The event celebrated the achievement of Robert Lowell (1917-77), the American writer who was a leader in the confessional poetry movement and won two Pulitzer Prizes and the post of national poet laureate for his work. But the celebration was somber. The evening focused on the link between Lowell’s mental illness—he suffered from bipolar disorder, with severe episodes of depression and mania requiring prolonged hospitalizations—and the searing poetry he created. More broadly, the evening explored the mysterious link between mental suffering and artistic creativity.

Like other patients in the grip of mania, Lowell would explode linguistically through improvised rhyme, song, definitions, tales and rants.

The first part of the evening was a panel featuring Kay Redfield Jamison, a professor of psychiatry at Hopkins’s medical school and co-director of its mood disorders center. The author of the recent psychoanalytic biography, Robert Lowell: Setting the River on Fire, she cautioned the audience against the familiar belief that bipolar disorder is an inevitable source of genius. While a disproportionate number of people with this illness have engaged in creative activity—in an earlier work she had documented the link between musical creativity and bipolar illness in Robert Schumann—a large number also engage in no discernable creative work.

Redfield argued that Lowell’s intense periods of mania provided the raw material for his scalding autobiographical poetry. Like other patients in the grip of mania, Lowell would explode linguistically through improvised rhyme, song, definitions, tales and rants. The inner anguish of language was ripped to the surface. The resultant poems, as described by his friend Frank Bidart, were “like touching a hot wire that has electricity in it.” Not only did Lowell’s poetry emerge from his violent cycles of mental anguish; he etched lacerating images of the fitful efforts to calm his inner tempest: the psychoanalytic sessions, the electroshock treatment, the lithium.

The second part of the evening was a performance of Michael Hersch’s austere string quartet “Images from a Closed Ward” (premiered in 2010), played by the Flux Quartet. A faculty artist at the Peabody, Hersch’s work was inspired by drawings of mental patients by Michael Mazur and by Lowell’s poetry. As the quartet was played, Mazur’s stark images and black-and-white photographs of mental hospitals in the early 20th century slowly appeared and dissolved on the hall’s screen. Enigmatic phrases from Lowell’s Lord Weary’s Castle—“And the laugh of Death is hacked in sandstone”—emerged on the screen between each of the 13 movements.

The slow tempos of Hersch’s composition evoke the indeterminacy of depression. Its highest time is 66 beats a minute (the tempo of a heart at rest) and its lowest a sepulchral 30 beats. Repetition and stasis dominate many of the movements. “And the oak splatters and splatters on the cenotaph.” Several movements evoke mania in a blasting cacophony of sound. “My bones are trembling and I hear the earth’s reverberations and the trumpet bleating into my shambles.” Others rest in an elegiac chord of grief.

The dark emotions generated by mental illness are not simply to be suppressed or even healed; they are to be redeemed.

As I listened to the desert-like homophonic passages and watched the grainy photographs of ancient mental hospitals, painful emotions emerged. I relived the anger I experienced in my teen years when I and other students who worked at a day camp for disabled children visited a massive, secluded state institution for the mentally ill. I relived the outrage at the overcrowding, the decay, the neglect, the listlessness and the stench that greeted us. I heard the quaking anger in the voice of the charismatic Presbyterian minister who directed the camp as he denounced the conditions at the institution and called upon the commonwealth of Pennsylvania to reform its care for the mentally ill.

But hope also surfaced. Five decades ago state mental institutions housed 500,000 people in our nation; today, they house only 50,000. The pharmaceutical revolution, changes in therapy and community-centered clinics have permitted millions of Americans to cope with mental illness within their family and their local community of worship. Goodwill alone did not bring about this liberation.

The chaos and heartbreak of mental illness
Emilie Griffin

Mental illness is not to be romanticized. The wives and colleagues of Robert Lowell can attest to the violent damage he inflicted upon them and upon himself. Another mid-century confessional poet, Anne Sexton (1928-74) killed herself after several suicide attempts spiraling out of her depression. Her poetry is magnificent—“Fear of drowning, fear of being that alone”—but it was not worth the price of a human life.

The dark emotions generated by mental illness are not simply to be suppressed or even healed; they are to be redeemed. The scalding poetry of Robert Lowell and the growing world of literary, pictorial and musical artworks inspired by that poetry are a vivid sign of what that redemption could look like.

"Goodwill alone did not bring about this liberation."

Thank you for a very honest accounting of mental illness & creativity.

One comment attributed to Lowell in the biography of his life stayed with me. It was concurrent to the finding of lithium as a tool for dealing with Bi-Polar disorder. And I paraphrase.."To think that the lack of a little salt in my brain could have brought such pain into my life and the lives of those I loved."

Was it Byberry that you visited Father John?

There are also fewer people hospitalized because funding for mental health has evaporated. In many towns, including mine, police are the first responders in a mental health crisis. People are not getting the meds nor the treatment they need.