Even Oscar Isaac can't save the Public Theater's "Hamlet" 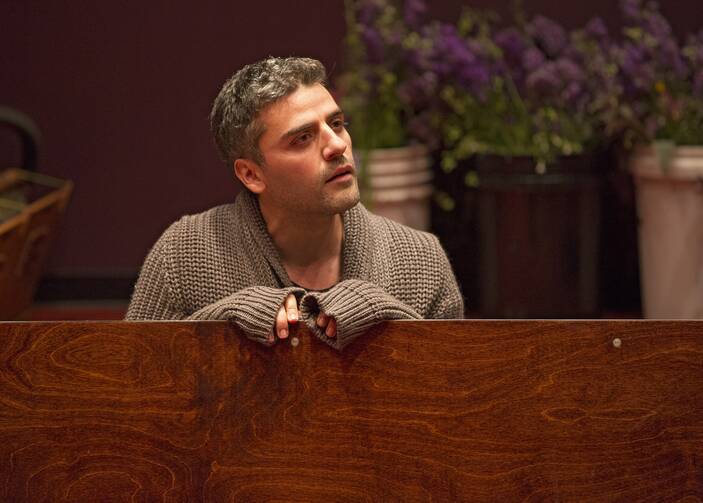 How can there be such a great Hamlet in such a bad “Hamlet”? In a bewildering, enervating new staging at The Public Theater through Sept. 3, Oscar Isaac—the sad-eyed leading man of “Inside Llewyn Davis,” the chilly villain of “Ex Machina” and now Poe Dameron of “Star Wars”—is giving a rich, riveting lead turn as the dubious Danish prince. He nails the role’s admixture of mercury and melancholy, passion and calculation, love and rage. His performance is arced and modulated beautifully, almost musically. His achievement is all the more remarkable given that he’s in the midst of a production by the intermittently brilliant director Sam Gold, which comes off like a series of sober-minded pranks and half-baked experiments. Polonius delivering a speech from a toilet, mid-business? Tee-hee. Ophelia’s mad scene as a sad-sack square-dance for one? Okay then. Syringes filled with fast-acting poison in place of daggers? Hmm.

Let’s be fair: “Hamlet” is a deeply strange, profoundly unsettled and unsettling work. Less a straightforward drama than a self-interrogating hall of mirrors, it has head-scratching puzzlement built into its design. And while all these qualities are self-evident even in a conventional production, Shakespeare’s tragedy is undoubtedly fair game for deconstruction and repurposing, and it is always bracing to be reminded of the eternally shocking oddity of such a well-worn classic.

How can there be such a great Hamlet in such a bad “Hamlet”?

But Gold, a new-play specialist who this past season has turned his directing talents to classics (a pressure-cooker “Othello” at New York Theatre Workshop, a shattered and shattering “The Glass Menagerie” on Broadway), has stripped away too much of the play’s spine and added too much of his own frippery. It is not just the rampant multiple-casting—nine actors play a multitude of roles without benefit of costume change—that gives the nearly-four-hour show an air of indeterminacy and confusion. And it is not a question of not being able to follow the story, beat by beat. The concern is that Gold uses the playing space of the stage in a way that seems improvisatory, almost random. It is as if we are watching a rough draft of ideas play out in a rehearsal room. The director employs actors in their street clothes, using available props and set pieces, while an over-eager cellist (Ernst Reijseger) vamps along. 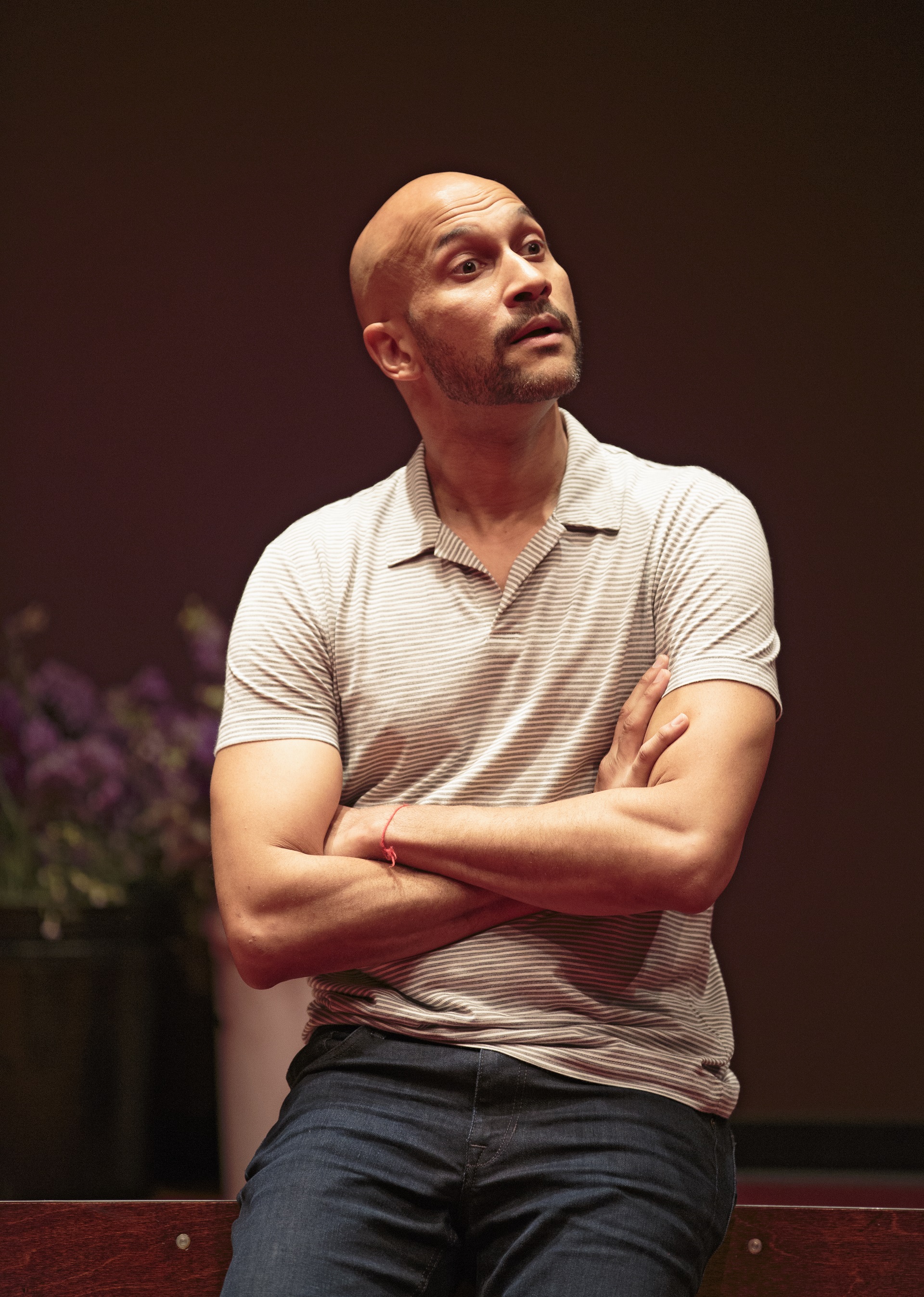 To give them their due, some of these gambits are inspired. Keegan-Michael Key (of the comedy duo Key and Peele) wrings laughs from Horatio’s ghost fright, and from a few of his choice moments as a member of the play-within-a-play acting company. Peter Friedman’s officious Polonius may be the best I have ever seen. Accentuating the play’s many jokes at Polonius’ expense, as Gold and company do, is an unqualified success (toilet gag notwithstanding). And the first time Isaac’s Hamlet emerges pantsless, a paper toilet seat sheet draped around his neck like a kind of anchor, to indicate his antic disposition, it has a droll kick. (The bare-legged Captain Underpants routine soon wears out its welcome.)

So much of the rest of this production hovers in a gray zone between “what an interesting idea” and “what the…?” As Ophelia, Gayle Rankin hints at a spiral of low self-esteem accelerated by Hamlet’s cruel toying with her affections, but it never feels as if she is in the same play with him, or anyone else. Also seemingly acting in another play is Charlayne Woodard’s Gertrude, stranded both in an underdeveloped interpretation of the role and in a fabulous purple pantsuit. Playing both Claudius, usurper of the throne, and the ghost of Hamlet’s father, Ritchie Coster embodies a gangsterish take on these rulers (with a resemblance to “Breaking Bad’s” Walter White that is mildly distracting).

He is also the focal point of what seems to be the show’s muddled central idea: that Hamlet’s murdered father may already have been deathly ill when his brother Claudius offed him. The production even intimates that young Hamlet feels somehow implicated in his father’s death—an interpretation that Shakespeare does not suggest.

How else to explain the IV drip that appears in remembrances of the elder king’s death, if it is not meant to suggest that Hamlet’s father was ill? How else to justify the way that Hamlet himself steps in to help reenact the murder in the play-within-a-play? At the end of the play Hamlet embraces his uncle while he is killing him with poison, meant to signify closure of this quasi-Oedipal loop.

In ‘Oslo’ peace is a process, not a destination
Rob Weinert-Kendt

Does it signify closure, though? Quite apart from whatever spin on the characters this production is attempting to uncover or impose, its faults are primarily theatrical, not textual. A production can be stellar even if it doesn’t seem to flow entirely out of Shakespeare’s words themselves. I have fallen for productions that took wilder and less warranted liberties with Shakespeare’s text, but which had a theatrical logic of their own. This admirably fearless but lurching “Hamlet” fatally lacks that internal coherence.

My favorite moment came late in the show, when the lights dropped out but for a glimpse of the Anspacher Theater’s gold-leafed ceiling, a vestige of its 19th-century prehistory as the Astor Library. As the stage lights slowly rose on Hamlet and Horatio, reasoning calmly before the play’s deadly denouement, the possibilities of the space—and of action—seemed for a moment endless and alive. The thrill soon dissipated. As Hamlet himself might put it, despite this most excellent canopy, under the brave o’erhanging firmament of Shakespeare’s text, this “Hamlet” thrust us back onto a sterile promontory of missed opportunities.