A jilted bride clings to her faith in "The Wedding Plan" 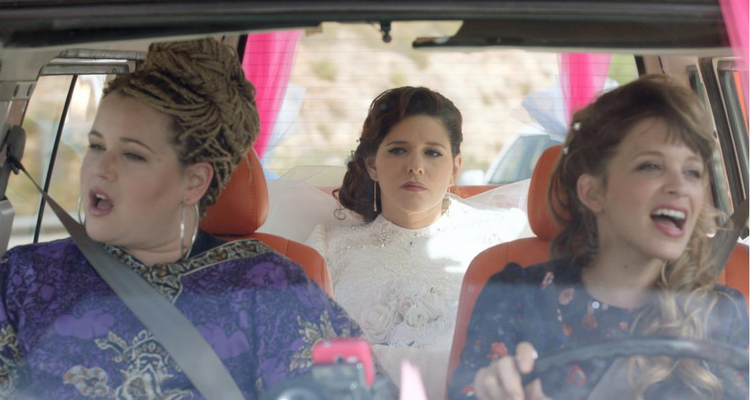 In an early scene of “The Wedding Plan,” Michal, an observant orthodox Jew, enters a matchmaker’s office in Israel.

“What do you want?” the woman asks.

“I want to get married.” Michal replies.

“Stop lying,” the woman chides. The conversation continues until Michal admits that what she wants is to be normal, to host people for holidays, to have a husband who sings prayers to her. She wants to love and be loved. Getting married is incidental. The matchmaker agrees to find her a groom.

Later, Michal faces a crisis when the man she agrees to marry admits he doesn’t love her. But she decides to book the wedding hall for the eighth night of Hanukkah anyway. “I have a hall. I have a dress. The apartment is almost ready,” she says. “It’s a small task for God to find me a groom.” Over the next three weeks, Michal hopes and searches for a man. With the help of two matchmakers, she goes on a series of dates with plenty of cringe-worthy moments.

But “The Wedding Plan” is not a light romantic comedy; it is a pilgrimage. Written in Hebrew with English subtitles, “The Wedding Plan,” directed by Rama Burshtein, presents religion as a fundamental part of the protagonist’s identity rather than as a colorful character trait. Michal is enchanting: She runs a mobile petting zoo, she prays often and she takes care of her friends and family. She is confident and frustrated and fearlessly honest, even when she is very, very sad.

Michal’s family accepts her plan, though not without confusion. Her mother laments that Michal is too religious. A few members of the community chide her for arrogantly expecting a miracle. Nevertheless, Michal remains quietly devoted.

“No offense,” says Michal’s dressmaker, “but who do you think you are?”

Michael quietly replies: “The Talmud says, ‘The world was created for me.’”

Michal’s spirituality seems profound and impressive, as though it is bolstering her resolve. But that impression is shattered when she prays aloud in front of the tomb of Rabbi Nachman of Breslov. Weeping, Michal admits that she doesn’t feel God’s presence.

“Why have you created me this way?” she asks.

As her wedding day approaches, Michal grows more and more confused. The men she meets (and re-meets) offer little encouragement, and she struggles to trust in God’s plan. She tells one of her dates—a man she has just met—that she feels like her ship went down in the ocean and she is floating, all alone.

Fortunately, Michal’s loved ones are there to support her. A pop star she befriends assures Michal she is “full of light.” “Anything can happen,” her best friend says when Michal asks if she believes in her plan. “Everything is possible.” Her sister tells her: “There’s no way you are not getting married tomorrow. I am certain of it.” The love of these people sustain Michal, even as she grows listless as she prepares for her groomless wedding.

Michal’s almost desperate struggle with faith is both painful and beautiful to watch. Fittingly, her journey through confusion, prayer and hope culminates in a vision-like state brought on by fasting in preparation for her wedding, a scene that requires a certain level of trust from the audience. The result is a film that depicts a touching, feminine spiritual experience.

Teresa Donnellan is an O'Hare fellow at America Media.