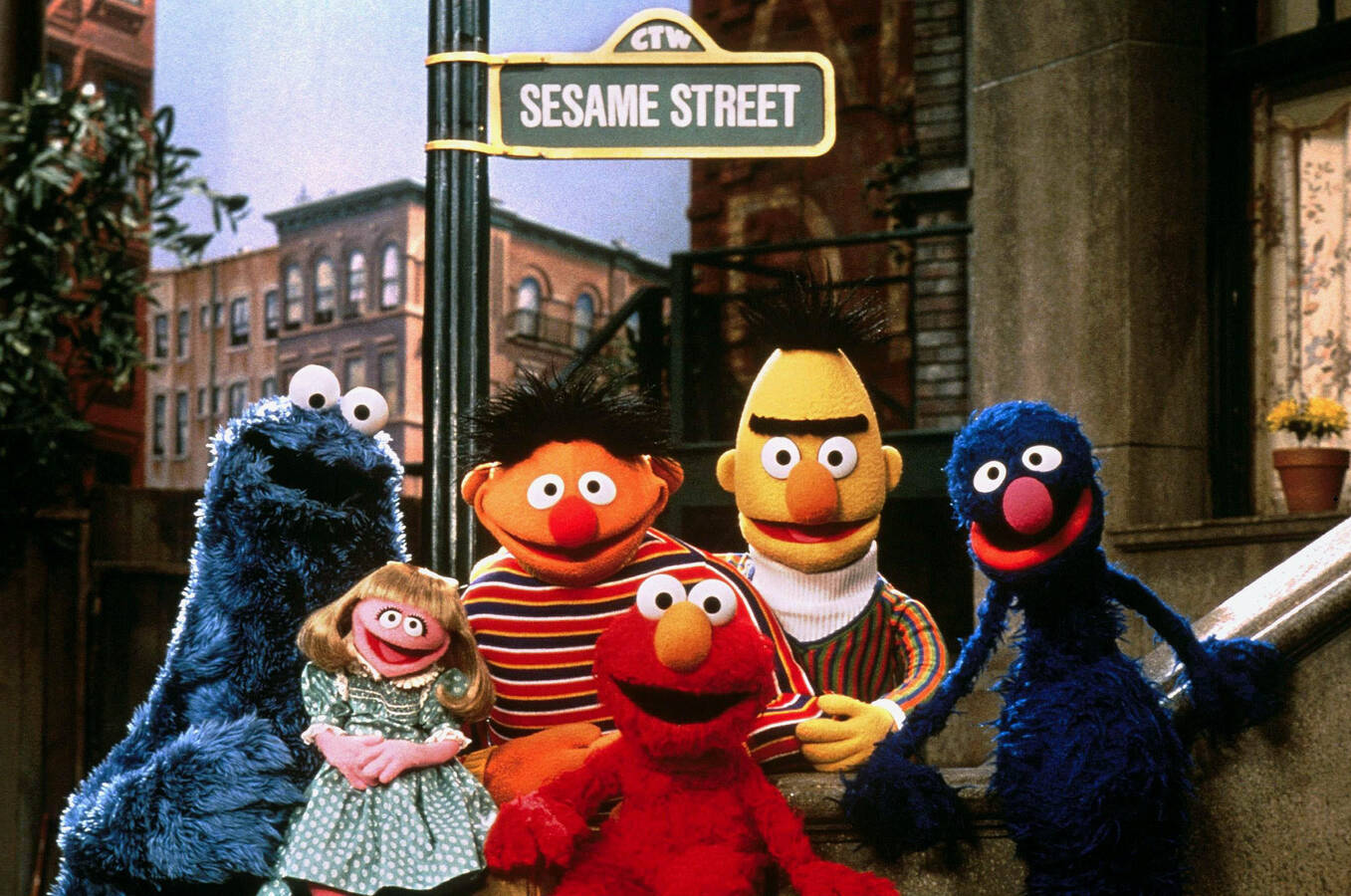 50 years of ‘Sesame Street’: What the show’s history can teach us about evangelization

Early one Sunday morning in 1965, the psychologist Lloyd Morrisett found his three-year-old daughter sitting in front of the family television staring at the test pattern. He wondered if he could harness this captivating power of the screen for good and asked as much of the guests at a dinner party he attended shortly thereafter. The party was hosted by Joan Ganz Cooney, who replied that she would like to find out.

In November 1969 the pair debuted their answer. After countless hours of research, not to mention $8 million worth of fundraising, the newly formed Children’s Television Workshop, co-founded by Cooney and Morrisett, saw the first episode of “Sesame Street” air on public television.

Fifty years later, it is safe to say the answer to Morrisett’s question is a resounding yes. “Sesame Street” revolutionized children’s television programming through its focus on providing early education in colorful bite-size lessons for young children from low-income families. Yet the appeal of the show has grown beyond any particular age or socioeconomic group. Adults and children alike in more than 150 countries have delighted in the whimsical combination of the everyday and the surreal, the timeless humor and heart of the characters on “Sesame Street.” An estimated 86 million American children have watched the show, which has earned 189 Emmy Awards and 11 Grammy Awards.

The history of “Sesame Street” offers some helpful lessons to anyone trying to spread a message of hope in an all-too-divided world.

Over the years, “Sesame Street” has met with more than a few challenges and changes, not least of which was the shift from an hour-long program aired on PBS to half-hour episodes aired on HBO. (Yes, a “Sesame Street” segment parodying “Game of Thrones”—called “Game of Chairs”—followed.) The 2016 move stirred some controversy—HBO viewers are less likely to be the low-income families for whom the show was originally meant. The new content is made available free on PBS on a nine-month delay.

With 50th-anniversary celebrations of the show underway, the beloved Muppets of “Sesame Street” have recently been featured in prominent off-screen gigs: Cookie Monster sang “Take Me Out to the Ballgame” at the seventh inning stretch of a Cubs game at Wrigley Field (“me don’t care if me ever get back”). A gaggle of Muppets crowded into the NPR studios in Washington for a Tiny Desk concert, and the Sesame gang has just finished up a 10-city road trip bringing family-friendly festivals throughout the country.

What is it about these Muppets and the lessons they share that, decades after they first gathered on that famous “Sesame Street” stoop, the show remains so beloved that thousands of adults will not only accept but take joy in the fact that a ravenous, blue, googly-eyed monster is leading them in song in a Major League ballpark?

As it turns out, the show can teach more than numbers and letters.

The answer can be found not just in the characters, but embedded in the philosophy and history of the show itself, much of which is wonderfully documented in Street Gang: The Complete History of Sesame Street, by Michael Davis. As it turns out, the show can teach more than numbers and letters. The history of “Sesame Street” offers some helpful lessons to anyone—or any church—trying to spread a message of hope in an all-too-divided and skeptical world.

Never underestimate the value of an invitation. Evelyn P. Davis, an African-American activist in New York, was hired by Joan Cooney to promote “Sesame Street” in inner-city neighborhoods. In the days before cable, many public television shows aired on obscure UHF channels, so it was less likely a viewer would stumble across the show.

In her role as vice president of the Children's Television Workshop's Community Education Services, Davis went from church to school to neighborhood to almost single-handedly spread the word about the upcoming show. She convinced ConEdison, the power company in New York City, to give her a bus, which she outfitted with old tape replay equipment and a monitor. She invited neighbors onto the bus to preview “Sesame Street,” assuring parents that this was going to be a great tool for teaching and engaging their children and encouraging them to watch. “She didn’t rest until she had done a complete job, especially in New York City, of getting the word out,” the author Michael Davis said (no relation). “Had she not done that, had she not been so devoted to the cause, ‘Sesame Street’ might not have been the success that it was.”

In the early years, the show included singers and activists who were not welcome in much of the television world.

Build communities that model how you want the world to look. “Sesame Street” has always worked to feature an ethnically and experientially diverse cast of actors and Muppets. The show has explicitly discussed racism; but in its early days, the sheer fact that “Sesame Street” featured black and white children playing together was considered too shocking for some. In 1970, a state commission in Mississippi determined that the show should be banned, because officials did not want viewers to see children of different races playing together on the show. When the news broke, the story made national news, and a public outcry— including the voices of Mississippi parents—ensued. Twenty-two days later the panel reversed the decision.

Bring the margins to the center. The show’s efforts for inclusion involve the Muppets themselves as well. The South African version of “Sesame Street” featured a muppet with H.I.V., and in Afghanistan the show featured a muppet promoting girls’ rights. In the United States, recent additions include a muppet with autism and a muppet who had an incarcerated parent.

In the early years, the show also included singers and activists who were not welcome in much of the television world. Pete Seeger and Buffy Sainte-Marie were controversial choices because of their antiwar stances, but “Sesame Street” often put them front and center. (Buffy Sainte-Marie even taught Big Bird about breastfeeding.) And the actor Will Lee went from being blacklisted by the House Un-American Activities Committee to playing one of the most beloved characters on “Sesame Street”—Mr. Hooper, the Jewish owner of the street’s corner shop.

In the United States, recent additions include a muppet with autism and a muppet who had an incarcerated parent.

Respect the intelligence of children. When Will Lee died unexpectedly in 1982, the “Sesame Street” team chose not to recast his Mr. Hooper character, but rather to use the loss to teach children about death. The writers and researchers behind the show consulted with an advisory group of psychologists and religious leaders in an effort to tackle the topic. They wanted to convey that children are looking for closure and that death is a part of life. They concluded that all religions include in their discussion of death the value of human memory in continuing a loved one’s legacy, and that the love of and for those lost lives on. From a Catholic perspective, a discussion of death without the afterlife has obvious limitations, but the resulting episode remains a moving memorial to both the character and the man behind it and a helpful jumping-off point for discussion with children.

Listen to young people. During the early days of “Sesame Street,” the character of Mr. Snuffleupagus was assumed by the adult actors on the show to be an imaginary friend to Big Bird that only he could see, despite Big Bird’s persistent objections to the contrary. Eventually, the show feared that, rather then presenting a running gag, they were teaching children that when they told the truth they would not be believed. With Elmo’s help, Big Bird got Mr. Snuffleupagus to stick around long enough to be introduced to the adults, who offered their apology and their welcome to the new friend.

“Laughter can mitigate just about any problem at Sesame Workshop.”

There’s no future without fellowship. The relationship between the childhood education experts and show’s writers was not without conflict. Samuel Gibbon, one of the first producers on “Sesame Street,” told Davis that one of the keys to the success of “Sesame Street” was a good stiff drink. “At the end of the day, they’d go out and have a cocktail together and they would resolve their differences, socially and well,” Davis said. “Laughter can mitigate just about any problem at Sesame Workshop.”

Read the signs of the times. It’s unlikely that Sesame Workshop had the documents of the Second Vatican Council in mind when working on their projects, but their team has been living some of its tenets. They have produced educational resources and videos, featuring both muppets and real families, that help adults talk to children about topics ranging from coping with an incarcerated parent to learning about National Parks, from avoiding Zika to healing from injuries after returning from combat, from foster care to asthma, eating well and more.

Silly can be sacred. If you have two hours and are willing to spend at least half of it in tears, watch Muppet-creator Jim Henson’s New York memorial service on YouTube (another took place in London). Held at the Cathedral of St. John the Divine, the ceremony includes a delightful commemoration of a life’s work and sums up much of the spirit of his life and the characters he created.

Reading to my son about trucks, trains and automobiles
Kerry Weber

The service features letters from children, a medley of Henson’s favorite songs and the Cathedral School Choir chanting Psalm 121. And, after a solemn blessing, the sounds of the Dirty Dozen Brass Band can be heard joyfully playing “When the Saints Go Marching In,” thus fulfilling Henson’s request that a jazz band at play the service. (His only other was that no one wear black.)

In a brief reflection at the service, Harry Belafonte describes mothers and children in desperate circumstances developing “the appetite to love in a loveless place because they have seen how friendly the Muppets...are to one another.” Would that we, as Christians, were such effective examples.

Kerry Weber is an executive editor at America and the author of Mercy in the City.

As a parent of four children my wife and I were always delighted with the social content discussed on Sesame Street. Never preachy just muppets talking about issues important to children. Frequently lessons that would remind all of us to be charitable to one another. Always a good lesson even today.

I am so old I remember Sesame Street from the very beginning. What a wonderful show! It gives everyone hope for humanity.