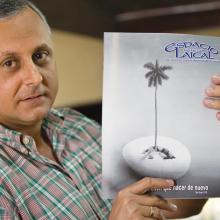 Our Mag in Havana: The growing influence of a new Catholic journal in Cuba
Margaret E. CrahanOctober 08, 2013
The strengthening of religions in Cuba, especially since the 1980s, is reflected in the expansion of religious media. Espacio Laical and Palabra Nueva, both publications of the Archdiocese of Havana, are the most visible and perhaps the most influential and widely disseminated, particularly among po 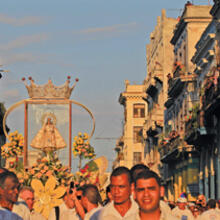 Back From the Margins: The re-emergence of the Cuban Catholic Church
Margaret E. CrahanDecember 10, 2012
The visit to Cuba last March by Pope Benedict XVI focused attention on the emergence of the Catholic Church as an influential actor in that island nation. If, by comparison, the 1998 visit of Pope John Paul II was heralded as a watershed in church-state relations in Cuba, the more recent visit refle 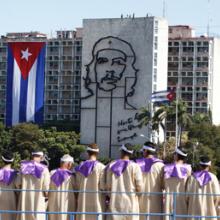 Debating 'The Boys from Dolores' II: Civil society in Cuba, and the future of a stormy relationship
Margaret E. CrahanNelson P. ValdesMarch 10, 2008

Read Part 1 of this discussion.

The election of Raúl Castro as president of the “Councils of State and of Ministers,” and therefore head of state of Cuba, on Feb. 24 marks the formal end of the reign of Fidel Castro, the most famous of the “boys from Dolores.” Since the latter fell ill in July 2006 speculation has been rife concerning Fidel’s ongoing role and the nature of the transition currently underway. Developments over the last eighteen months have suggested that while change is afoot in Cuba, it will be gradual and carefully channeled.

Patrick Symmes’ book emphasizes the degree to which the Jesuits at Dolores inculcated in their charges a sense of responsibility as privileged individuals to work for the common good. In his interview some years ago with Frei Betto, Fidel referred to his Jesuit education as a stimulus for his concern for socioeconomic justice. What separates Fidel and Raúl from most of the other boys of Dolores is the means they adopted to achieve the common good, namely a Communist regime that centralized political and economic decision-making in the party elite. This precipitated an ideological and political battle in Cuba that resulted in an exodus of one-tenth of the population, including most of Fidel’s schoolmates. What Fidel has styled as the “battle of ideas” raged within Cuba during the 1960s, and since then among Cubans on and off the island and with the United States. Fidel has stated that he regards his current role as evaluating the past in order to distill its relevance for the ongoing battle between communism and liberal capitalism.

In this struggle, civil society in Cuba has until recently played a relatively limited role, although that may be changing. Historically civil society in Cuba was active and highly diverse. As early as the nineteenth century, civic associations and special interest groups were common. Today the non-governmental sector on the island is relatively weak. However, if you look at the combination of state, quasi-state and non-state sectors that are actually discharging the traditional functions of civil society, such as pressuring the state for effective delivery of services, then civil society in Cuba is fairly pervasive. Indeed, “amphibians” are alive and well in Cuba, that is, individuals and groups that move between the state and non-state sectors in an effort to have more influence on public policies.

Mass organizations such as the Cuban Confederation of Workers (CTC) have since the early 1970s lobbied to modify government economic policies, as has the National Association of Small Agriculturalists (ANAP). Recently, representatives of the ANAP pressured Raúl’s administration for debt relief. Research centers and other “government organized non-governmental organizations” (GONGOS) have been among the most active in generating alternative proposals to those of the government. These groups were involved in the Academy of Sciences task forces that studied crises areas in Cuba, including poverty among the elderly, anti-social behavior and criminality among youths, as well as deficiencies in housing, transportation and food production. Not infrequently experts forced out of ministries or research centers for being too heterodox are solicited for advice by their former colleagues within the state structures. All these elements combined exercise the functions of civil society, although they violate strict definitions of it.

However, the unique nature of civil society in Cuba does limit its cohesiveness and hence its capacity to generate a consensual agenda. To date no element of civil society in Cuba has generated a mass base. Nevertheless, as the government of Raúl Castro has encouraged discussion within the mass organizations and the Communist Party, there has been increasing debate and criticism of public policies and programs. Indeed, some of the sharpest critiques have emanated from party cadres. In addition, in recent months high school and university students among others have become more vocal in expressing their discontent, particularly given the declining purchasing power of the Cuban peso. Ferment is on the rise in Cuba, stimulated in part by the government’s own actions. Raúl’s move to undertake some reforms may be an effort to burnish his brother’s legacy as a champion of socioeconomic justice. A good number of the classmates would challenge the validity of such a claim. However, the “boys from Dolores” may very well not be the final arbiters of that. It is their children and grandchildren who will have the task of reconciling Cubans both on and off the island in the future. 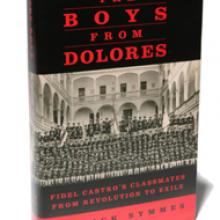 Patrick Symmes, the author of The Boys from Dolores, is a talented wordsmith. The reader can almost smell the dust that springs up from the streets of Santiago as he describes small boys wending their way to the Jesuits Colegio de Dolores in the early 1940s. One also senses the dust of memories being wiped away by the gnarled hands of former students as they stare at a copy of a 1941 photo of 238 students, including Fidel Castro and his brothers Ramn and Ral. The memories that the photo evokes is the touchstone of this bookthe talisman of a time and place before the students were sent on journeyssome into power, others into exile and regret.

The Boys of Dolores recounts the stories of some of the students included in that photo as they took power in Cuba or went into exile, as many did. A private school for boys run by Spanish Jesuits, Dolores emphasized developing rigorous analytical skills and intellectual and personal discipline, in the context of a curriculum that emphasized both the classics and new scientific developments. The school attracted boys from middle and upper class families who wanted their sons to have the best education available. Fidel Castro was reportedly an apt student and, as he remarked in an interview with the Brazilian theologian Frei Betto many years later, he thought the school was truly superior. According to Symmes, the Jesuits emphasized the need to choose between two standardsgood or evil, Christ or Satan. Such a stark binary approach does not sound very Jesuitical, and one wonders to what degree later events may have influenced the memories of Symmes informants.

In short, The Boys from Dolores is a story of the vagaries of memory, the deeply rooted internal conflicts that have shaped Cuba both past and present, and the experience of exile, both geographical and pyschological.

As Symmes plumbs the memories of the former students he concludes that Memory was writing Cuban history now, the curious retrospective prediction ordered all understanding, even as the events occurredperhaps even before they occurred. The human need for agency, for patterns, gave purpose and shape to the chain of events. People needed a guide, augury in a voice that crystallized the new truths, explaining that things had gone bad, permanently wrong, at just one particular moment. And that moment was usually the one in which each recollecter had made the decision. It was the decision to leave that brought with it the knowledge that all was finished, every hope over. Hindsight is twenty Cubans talking about the Revolution.

While Symmes is frequently insightful, the complexities of Cuba and Cubans sometimes disappear in clever turns of phrase. When retelling and analyzing memories he focuses on moments and mementos rather than on processes. As the above quote indicates, he does not always capture the agonizing process of deciding to go into exile so sensitively described by Edmundo Desnoes in the novel Memories of Underdevelopment. He also tends to reduce long-standing internal conflicts in Cuba to binary oppositeswhites versus blacks, rich versus poor, Catholicism versus Santera. None accurately reflect the incredibly complex nature of Cuban history or of cubanidad.

Symmes does, however, capture very well the sense of being unmoored that exile brings, as well as the temporal confusion. In focusing primarily on the stories of a half dozen exiles, he maps out the process, as he phrases it, of the exiles filling their empty pockets with new things. That is, they built lives, while retaining a deep nostalgia for the old. Symmes subjects struggle to explain to himand to themselveswhat happened to them and to Cuba. For some it was the malevolence of Fidel, but for others the profound socioeconomic inequalities and corruption and abuse in the Cuban government that precipitated the revolution, which they wished had evolved differently. For those students who remained in Cuba there is also a sense of loss of the future they had imagined while at Dolores. Particularly touching is the description of an elderly graduate still living in Santiago who helps other former students in need by collecting food and clothing.

What does this book say about the formation of Fidel Castro as a youth? Symmes suggests that while he exhibited some leadership capacities, he did not appear to be entirely at home at Dolores. While Castros family was wealthy, the author implies that their inferior social status made Fidel sensitive to class differences and inclined to champion the underdog. At the same time, his ego led him to sometimes act like a bully. The vignettes are too few to draw any substantive conclusions and, of course, Symmes sources are predominantly those who view todays Cuba from exile. In that he reaffirms his sense that memory continues to write Cuban history in substantial ways.

Nelson, what do you think?