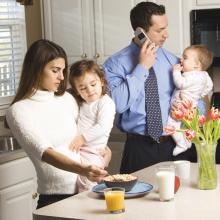 Synod on the Family
The Nuclear Option: A call to refocus on the love between a man and a woman
Cornelius F. Murphy, Jr.September 24, 2014
Contraception and the possibility of readmitting divorced and remarried Catholics to the sacraments have captivated the imagination of many Catholics. Many of them hope that when the bishops of the world meet this October fot the Synod on the Family, they will focus on these issues.These are undoubt 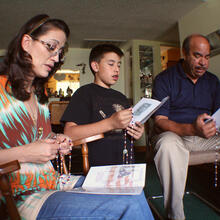 Faith
Families Matter: Why the domestic church is essential to the new evangelization
Cornelius F. Murphy, Jr.July 15, 2013
True growth in faith depends on how deeply each family cultivates a life of love and worship. 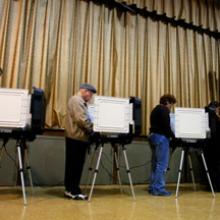 A Catholic's Political Duty: The mandates of 'Faithful Citizenship' do not end at the voting booth
Cornelius F. Murphy, Jr.February 09, 2009

When the U.S. Conference of Catholic Bishops published Forming Consciences for Faithful Citizenshipin the fall of 2007, their intention was to give moral guidance to Catholics who would be voting in the 2008 elections. The subject of abortion had a special claim upon the formation of a political conscience. While the document allowed Catholics to vote for a candidate who supported reproductive rights, it could be done only if the intention was not to support such rights and if there were truly grave moral reasons for doing so. Since a majority of the Catholics who participated in the presidential election did vote for a pro-choice candidate, some have expressed the opinion that Faithful Citizenship is no longer relevant to our public life. That view is mistaken. The bishops have made it clear that the document will continue to guide their encounters with politicians. It stands to reason that the laity, whether office holders or ordinary citizens, have similar obligations. Indeed, in Faithful Citizenship, the Bishops recognized that participation in the political process “...goes well beyond casting a vote in a particular election.” 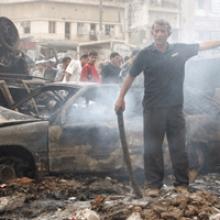 The Role of International Moral Authority in Iraq: Suggestions for a way out of the impasse
Cornelius F. Murphy, Jr.July 02, 2007
In wrestling with the moral challenge presented by the conflict in Iraq, those who invoke the principles of just-war theory should also consider the landmark encyclical of John XXIII, Pacem in Terris, with its recognition of international moral responsibility. Judging the Occupation: Before, During,