A Catholic's Political Duty: The mandates of 'Faithful Citizenship' do not end at the voting booth 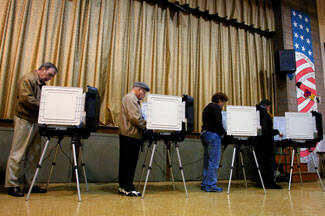 When the U.S. Conference of Catholic Bishops published Forming Consciences for Faithful Citizenshipin the fall of 2007, their intention was to give moral guidance to Catholics who would be voting in the 2008 elections. The subject of abortion had a special claim upon the formation of a political conscience. While the document allowed Catholics to vote for a candidate who supported reproductive rights, it could be done only if the intention was not to support such rights and if there were truly grave moral reasons for doing so. Since a majority of the Catholics who participated in the presidential election did vote for a pro-choice candidate, some have expressed the opinion that Faithful Citizenship is no longer relevant to our public life. That view is mistaken. The bishops have made it clear that the document will continue to guide their encounters with politicians. It stands to reason that the laity, whether office holders or ordinary citizens, have similar obligations. Indeed, in Faithful Citizenship, the Bishops recognized that participation in the political process “...goes well beyond casting a vote in a particular election.”

The hierarchy has long made it clear that church membership involves more than the cultivation of a private piety. The same point was made by the bishops in Faithful Citizenship. They insist that the human person is a social as well as a sacred being. His or her social interactions are not limited to family life or other forms of private association. If our democracy is to prosper, all citizens must take a continuing interest in issues of public policy. No matter what one’s party affiliation, everyone has an ongoing responsibility to promote the temporal common good within the various venues of democratic activity. For Catholics, that involvement must be governed by the social teaching of the church. And for the time being, Faithful Citizenship remains the primary source of such moral instruction.

As a Democrat, I voted for President Barack Obama and I was able to satisfy my own conscience that there were truly grave reasons for doing so. But I am already in the position of having to take a stand against the party leadership on some important issues. It would not be faithful of me to leave it to the bishops to oppose legislation such as the Freedom of Choice Act that will increase abortions, or be silent if executive action following the inauguration would allow embryonic stem cell research. As one bound by the continuing authority of the bishops I have some responsibility to try to defeat such proposals in every way possible.

To be pleased with the electoral results, yet remain sufficiently committed to the teachings of the church to resist some favored party policies, is to put oneself in a position that is difficult as well as unpopular. Yet dissent is essential to the well-being of all organizations, including those having a political purpose. It is some consolation to realize that the responsibility to challenge what is incompatible with human dignity falls upon all Catholics who participate in politics, no matter what their particular party affiliation. Some issues, such as comprehensive immigration reform, may fall especially hard upon the consciences of Catholics who are Republicans, even though a reluctance to act on these matters crosses party lines.

Faithful Citizenship raises other important moral issues that intersect with the world of politics. All cannot be reviewed here, but there are some that are of particular importance that may otherwise be overlooked.

Educational choice
It is an embarrassment to me that Democrats generally avoid the issue of parental choice and, in spite of the contrary evidence, continue to assume that the difficulties in providing a sound education for our young can be resolved within the public school system. It is a grave injustice for governments to fail to provide parents adequate assistance in choosing private or religious schools for their children. And it is a scandal when only the rich can afford to exercise such options. The bishops’ affirmation of the parents’ fundamental right of educational choice should inspire all persons of good will to work for an increase in the various forms of needed governmental assistance.

Capital punishment
Many applaud the bishops for denouncing the use of capital punishment. But only a few pay attention to their broader teaching that the criminal justice system is “broken” and must be significantly reformed. As the late Robert Drinan, S.J., pointed out, we have allowed correction to be trumped by retribution. As a result, our nation has the dubious distinction of having the largest percentage of its population imprisoned as well as the longest sentences of any country in the civilized world. What’s more, the majority of the incarcerated are black and from poor environments. If we want our political consciences to be fully formed, we must act upon the bishops’ call for a remedial rather than an excessively punitive approach to the whole criminal process.

War and peace
Our consciences should also move us to question the strong reliance upon the use of force in our foreign policy. In decisive questions of war and peace, we can no longer embrace the mantra that “government knows best.” While in dealing with other nations our government acts upon its own authority, it does not have an unlimited discretion to do whatever it thinks will promote some national interest. The nature and limits of that authority and the circumstances when force can legitimately be used should be subject to a general public dialogue. The bishops have raised questions about the preventive use of military power and the laity must continue that inquiry. The same may be said of the issues connected with the existence of weapons of mass destruction. No progress towards their elimination can be expected unless calls for changes of policy arise from the people.

Faithful Citizenship denounces torture and it also condemns unjust war. It calls upon governments to work together to find effective means to combat terrorism without resort to armed conflict. The peaceful settlement of disputes, especially in areas that breed violent resentments is given prominence. It is important to note that the bishops explicitly call upon the United States to exercise its leadership in working for a comprehensive settlement of the Israeli-Palestinian controversy, and they identify the basic elements of an equitable resolution of this seemingly endless conflict. Unilateralism is not favored. The need for collaboration with the international community is stressed not only in the Middle East but also with respect to the search for a “responsible transition” in Iraq and in dealing with the humanitarian consequences of that conflict and the ongoing violence in Afghanistan.

The environment
In informal conversations with other Catholics in my parish I get the impression that they have little interest in the protection of the environment. They are either indifferent to the problems of pollution and climate change or are skeptical about the very idea of global warming. Fortunately, in Faithful Citizenship the bishops stated unequivocally that care for the earth is a serious moral issue. They remind us that we have an obligation to be good stewards of our planet. Catholics as conservationists! The idea may seem strange, but it is not difficult to grasp, once it is cleansed of its pagan overtones and seen in its more comprehensive religious setting.

If the bishops’ teaching on care of the environment was more widely publicized, it could have a major influence upon our attempts to find positive solutions to some of our nations most pressing problems. We need to drastically change the ways we produce and distribute the energy that fuels our industry and transportation as well as our homes. With planetary integrity anchored by our ultimate beliefs, Catholics can work effectively with other persons of good will to resolve these difficulties.

Catholic social teaching does not fit into conventional categories of a political or ideological nature. It lifts all above the limits of partisanship and gives the human spirit a much richer vision of the good than is otherwise attainable. Moreover, the basic moral principles that it articulates are not meant to apply only to those who share a Catholic faith, because they arise out of a human nature that is common to all. As Catholics bring these principles into the public square they have a unique opportunity to convince others of their value, since these conceptions of the good belong to all. But the pursuit requires a certain reserve. In trying to make connections between the ethical and the political, care must be taken, not only because of the demands of prudence, but because of the nature of our modern democratic society.

In the political world, the unities of purpose to be formed in collaboration are not based upon a shared religious faith. The United States is a nation of free men and women who hold divergent philosophical and religious allegiances. Its public life is a practical one which is, hopefully, open to a convergence of judgments on the value of human life and dignity embedded in the various issues that must be addressed. These are derived from different sources, yet they can come together in the determinations of a good will. It is in that context that Catholics must seek to persuade their fellow citizens of all the wisdom contained within the pages of Faithful Citizenship.

Show Comments (
1
)
Comments are automatically closed two weeks after an article's initial publication. See our comments policy for more.
CHRYS FISHER
14 years ago
AMEN! Thinking people will follow a hierarchy that truly sets a good Christian example. Actions of the past ten years and more, buying into a philosophy giving mouth service to one Catholic political policy (abortion is bad) while supporting a corrupt, greedy, and evil group whose actions mainly promote the drug and arms lobbies will not. The number of priests who were ignorant of the Catholic position on immigration shocked me: I am very grateful that our Bishop has taken steps to have them educated on this and other pressing concerns. We are never finished with our education. I disagree about religious school vouchers. I think that Catholic children are far more likely to sway others to better decisions than they are to fall victim to lies and bad habits. We might have no use for the public schools, but Our Lord may need us to be there.